February 10 marked the beginning of Marriage Week international, a project Richard and Maria Kane started in England in 1997. Currently, it is celebrated in 23 countries around the world, including Hungary.

According to the website, the aim of this Marriage Week is to celebrate marriage as a healthy basis for family life. Richard Kane, president of the Marriage Week International Association and one of the projects founders, explained that the strategy for this week is to get all of the issues out in the open. "If you want to get couples to really consider their relationship, you have to create a culture within a nation, within a community...a culture that sounds like, 'It's okay to talk about marriage and it's okay to acknowledge that actually healthy marriage is a skill that I can accrue.'" He said that this culture must be one that promotes honesty and discussion concerning marital issues. He continued that the glamorized Hollywood idea of marriage, where a couple gets married and everything is wonderful, is unrealistic. "It's not easy for anybody all the time, there are highs and lows, and let's just be honest about this," Kane said. 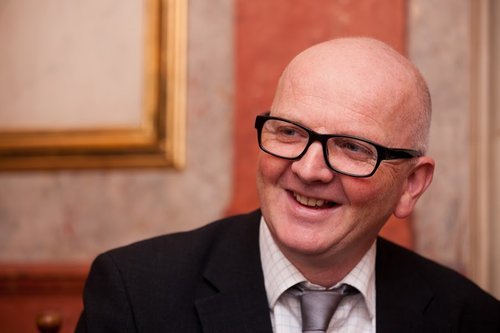 In Hungary, this means local congregational events as well as national programs starting 10 February and running through the 17th. The Hungarian Evangelical Alliance and the Ecumenical Council of Churches in Hungary worked together to bring the Week of Marriage to Hungary in 2008 and continue to cooperate in the preparations for this event. These organizations feel that marriage is a gift of God and a way He cares for His people. One thing that is unique to Hungary's celebration of the Week of Marriage is the appointment of one Hungarian couple as the face of the program and ambassadors for marriage. This year, that couple is Zsolt Farkas and Andrea Várnagy, both of whom are accomplished pianists. They will be present at the main sessions throughout the week, including an event with psychologist Ferenc Pálhegyi, a public radio broadcast and also a final concert performance together toward the end of the week.

The Marriage Week in Hungary kicked off in Győr with an ecumenical service led by József Steinbach, president of the Ecumenical Council of Churches in Hungary. Steinbach spoke on a Scripture passage from Ecclesiastes 4. He explained that the passage shows that it is good to share everything in your life with someone who helps you to realize God's grace, and if one falls in the marriage, they are there to help each other. In the end he said, marriage is nothing more than love and loyalty. You can be loyal to your partner if you are loyal to God. And, during this Week of Marriage, the pulpit becomes the means to express the importance of this week's message as well as a way to reach a broader audience.

When asked about the most important aspect of Marriage Week international, Kane answered, "The best thing that's come out of it is that it makes it OK for a little pastor in a little church or a priest in a church or a community activists or anybody to think, 'I can do something to support the couples within my sphere of influence – in my street, in my little community.' It makes it OK to do that."