Park clean ups, visiting the elderly, sharing sweets, charity runs, walking dogs that are living in shelters - just a few of the options among the programs of the Bridge of Love Reformed Volunteering Day organized in the Carpathian Basin. The aim of the event that is organized for the 10th time is to show that the Reformed people can work together and help others. We asked Réka Kőrösi-Gilicze the head of Communications of the Hungarian Reformed Church Aid (HRCA) about the details of the program. 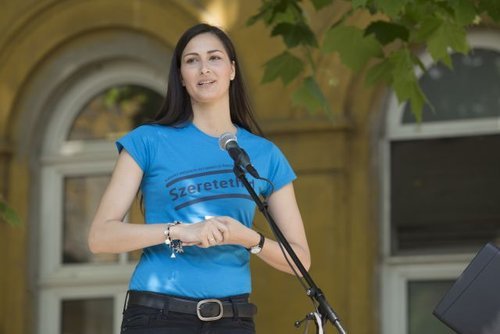 Why is the Bridge of Love important for the Reformed people?

The purpose of the Bridge of Love is to show: that as the Reformed people, we are the Church of acting love. You can hear a lot of things about the churches. We think that the best message is to show that we are not only a budget line and our churches are not simply a tourist attraction.  The Reformed Church is more than that! The Bridge of Love program shows that we, as the Church, would like to help and can make sacrifices for others. The goal of the Hungarian Reformed Church Aid is to build bridges between generations, the church and society, and the needy and the helpers.

And also builds bridges between the various communities of the Carpathian Basin.

We organize the Volunteering Days  program to the nearest weekend to Unity Day, which is originally on 22 May - this year it will be on 25-26 May. This weekend symbolizes unity and that the entire Hungarian Reformed community moves together within and beyond the border. 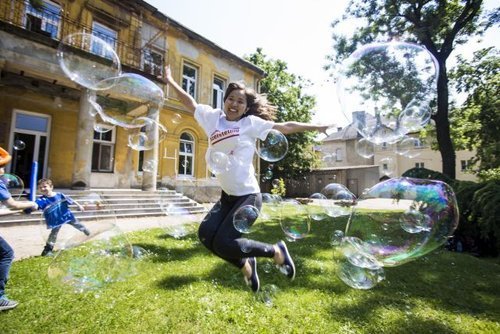 Currently, twelve thousand volunteers have registered for the Bridge of Love.

There were plenty of programs on Bridge of Love in the past ten years. Can you recall some of them?

I remember that from one of the congregations, a group of young married couples visited the home for the elderly: they cleaned the windows and worked in the garden. Some of the old people who lived there were most happy that some of the couples had brought their children with them: it enlightened them, and more and more people came down from their rooms. The Bridge of Love brought them out of their everyday lives. In another home for elderly, a group of youngsters made a show. A woman who lives there said that the best part was that someone listened to her. Another time our volunteers painted cartoon figures on the hallways of the Bethesda Children’s Hospital. 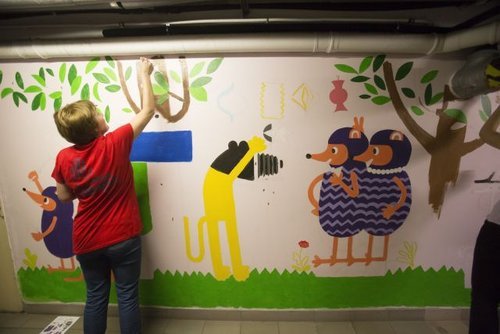 We can see from these stories how Bridge of Love is different than a simple garbage collecting initiative.

All kinds of volunteer programs have a legitimate interest. I am glad when the programs of  HRCA can give so much more than a regular program.

If a congregation or group want to attend but have no idea how to, what options can you offer?

Individuals, and also groups, can join already existing volunteer programs. If they would like to start their own program, there are a lot of options. For example, physical work, park clean ups, collecting garbage, baking cookies and sharing them with strangers or bringing them to share with those who live in elderly homes. There are place where volunteers can pick up prayer cards to share with people. A new program organizes charity runs which also serve as a fundraiser towards a benefitting goal. The volunteers can also help out at animal shelters, besides manual labor, walking dogs is another option. Those who are interested can apply up to the 11th of May at www.szeretethid.hu -- this is also the deadline for those who wish to register a program.