“This upcoming conference is recommended for those who are interested in public life and what Reformed thinking, with its Protestant roots and Christian values, can add to it,” says Gábor Zila, Secretary of the Reformed Culture and Public Life Foundation, which organises the Conference of Reformed Intellectuals in Balatonszárszó. As he explains, they are trying to involve the younger generations in the discussions about our future – this year’s theme to be discussed is Christian democracy.

It is the third time that the Conference of Reformed Intellectuals is organised by the Reformed Culture and Public Life Foundation, but does the event have an older history?

Between the two World Wars, the annual conference was regularly held in Balatonszárszó. It was a well-established tradition, and after the fall of Communism there were attempts to revive it, but then the initiative lost momentum. One of the most noteworthy conferences was held in 1943, which was even attended by Dezső Szabó, one of the most influential Hungarian writers of the interwar years. In those days the conference was a meeting place for young members of the intelligentsia, where both sides of the rural-urban debate had the chance to sit down and discuss important issues. We would like to revitalise such traditions – not necessarily the rural-urban debate specifically, but the fact that there is a Reformed forum for the discussion of topical issues regarding public life. 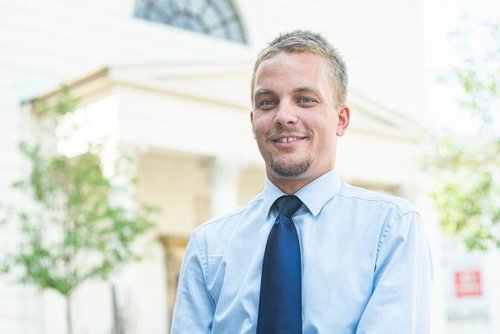 What is the significance of having a Reformed forum on public life?

We feel that the Reformed Church in Hungary as well as the Reformed community in general have become somewhat marginalised in public life. There are several reasons for this. There have been deliberate attempts to marginalise us: for nearly fifty years we have been hearing that religion is a private matter and that the church should not be involved in politics anyway. We, on the other hand, deem it important that the points of view and moral principles that stem from our faith should be represented in public life and also in specific debates. We bring an additional perspective to the table.

How can the criteria based on the Reformed perspective find a legitimate place in public debates?

We hope and believe that there is always a place for meaningful debate in which rational reasoning and faith-based arguments can change people’s points of view. Obviously there are cornerstones that we can rely on. But when we see that a certain Bible-based principle is not present or not marked enough in public life, it is not the biblical principle that should be changed. Instead, we must draw attention to the fact that something has gone awry and the issue should be examined in more depth. In order to achieve that, however, we need opportunities to sit down and talk to one another. And that is why we were asked to create the Szárszó forum in 2016.

Which you did, the Conference of Reformed Intellectuals was indeed re-launched in 2017. What did you learn from the two events that have taken place so far?

One of the reasons for organizing the first two conferences has been to re-establish and popularize the tradition of this Reformed forum, where current affairs and public life issues can be discussed. We feel that we have achieved this goal: people began to seek opportunities to speak up in an environment where Reformed perspectives prevail even in a so-called lay setting. We are pleased by the fact that in both years the conference was fully booked and registrations had to be closed early. 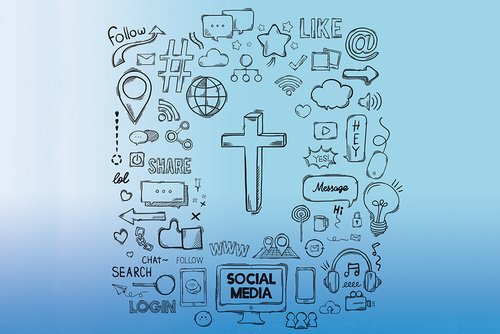 The theme of the third Conference of Reformed Intellectuals is Christian democracy, or whether democratic and Christian values are compatible with the modern world. Not an easy topic, but fertile ground for debate. Why did you choose this theme?

Anyone who reads the world press can see that there is currently a heated debate on the preservation of Christian values. The significance of democratic values is another common theme, but the potential lack of them is not always highlighted. What we would like to discuss is which of these values originate from the other, and whether there could be situations when these two sets of values are at odds with each other. I am not convinced that Jesus Christ would necessarily be considered politically correct by today’s standards. On the other hand, I personally believe that there are certain things that we must speak out about; things that are leading us in the wrong direction or that fall under the category of sin. It might not be the best policy to preach tolerance when one is on a plane going down – in that situation people need to suggest solutions to avoid the imminent disaster. Our system of values also requires a careful revision. Something that was entirely appropriate in a 17th-century family model might not work in today’s world in exactly the same way. This does not mean, of course, that the family model itself must go, but we need to separate fundamental principles from outdated customs. It is such questions that we would like to discuss.

Why do Christians have to talk about such issues?

In His High Priestly Prayer, Jesus asks God not to take us out of the world but to protect us there. This implies that we have a duty here in this world. We have chosen our Scriptural motto from the Gospel According to Luke in line with that sentiment: “From everyone who has been given much, much will be demanded.” God has given us plenty of knowledge, and therefore He demands much from us. It is our duty to disseminate this knowledge and we would like to do exactly that. 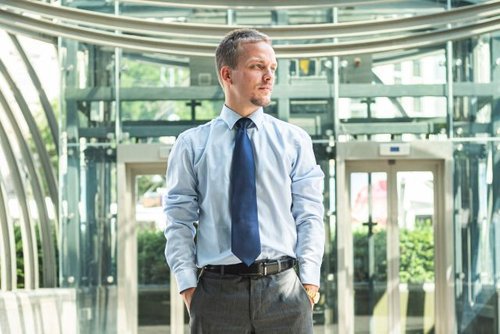 In what ways is this year’s conference going to be different than the previous two?

We are thankful to the Lord for the fact that we are in a state of constant development; for example, there have been infrastructural developments at the venue, Soli Deo Gloria Family Hotel and Conference Centre in Balatonszárszó. Formerly we were not able to organise a conference using the latest methods. In our experience, lecture-style presentations are not the most effective, and they are not ideal for creating real discussion. Due to the fact that the conference centre buildings have now been completed, we can focus more on round table discussions, which is an opportunity for arguments to be presented within a moderated discussion. Naturally this means a greater level of responsibility both on our part, and on the part of participants. They must arrive at their own conclusions based on the discussions, and they will get the chance to comment on what they have just heard.

Does this mean that the audience will be handed the microphone at the end of each discussion?

We do our best to provide a space for audience comments as well, but we are planning to stick to a paper-based solution. The discussions will take place in three sections, therefore there will be three times as many opportunities to comment.

What are the topics of the round table discussions?

In choosing the topics, we examined what Christian democracy actually means. It could be defined as an attempt to use Christianity’s methods for the advancement of the country. We also looked at the areas where it could be present, highlighting the ones in which the Reformed Church performs significant and more complex actions. There are going to be discussions which aim to clarify what Christian democracy really is, and what its place is in the arts, which is often said to be a deeply politicised area. Topics such as the situation of families, the changed roles of family members and family as a Christian value are also going to be discussed. We will talk about youth, what Christian democracy means to them specifically, or why it is “cool” to be Christian. We have made an effort to tackle diverse areas.

Can you reveal any of the invited guests?

Given that the conference is held by Lake Balaton, will participants get the chance to go for a swim in the “Hungarian Sea”?

One element we preserved from the previous two years is a “free programme” period, which offers a range of optional activities for participants, such as a music & poetry event called “God is my Dream”, presented by Győző Mihályi and Eszter Karasszon, movie screenings, musical pogrammes, and yes, conference participants can also go to the beach. We hope we will be blessed with good weather. 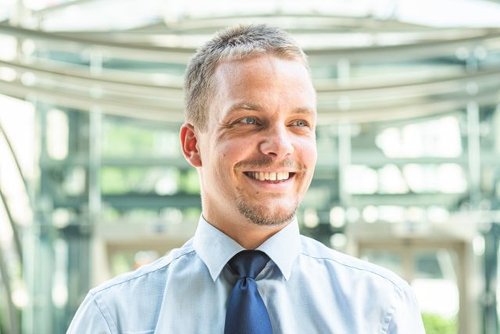 Who does the Reformed Culture and Public Life Foundation recommend this conference for?

The conference is recommended for those who are interested in public life and what Reformed thinking, with its Protestant roots and Christian values, can add to it. People as young as sixteen years of age can register for the conference, as we hope to have representatives of the younger generations present in the Szárszó conference. This is especially important because the future is essentially theirs. At the risk of sounding egotistical, I could also say the future is ours: in all probability we have several decades ahead of us. And now we have the opportunity to have our say and speak up. If we miss this opportunity, we will have no right to say that things should have been done differently.

The conference is going to conclude with a Sunday worship. Who is going to lead the service?

As a closing event of the conference, we always attend the local congregation’s Sunday service, therefore we asked the Rev. László Konc Gáll, the local pastor, to lead the service, who was more than happy to oblige. Last year we returned to the former tradition of partaking of the Lord’s Supper during the worship – and this year will be the same. It was great to see hundreds of people partaking of the Lord’s Supper in Balatonszárszó, which also meant, of course, that the local church was completely packed. Seeing that was a joyful moment.

Registrations had to be closed early in the past two years. Do you expect the same this year?

By 17 June one fifth of the three hundred and fifty places have been filled, so we advise everyone to register as soon as possible. The official deadline is 31 July. Those who miss out on accommodation spots can still attend the conference with a daily ticket.

Which conference talk are you personally looking forward to the most?

That is a tricky question. As one of the main organisers, I might not have too much time to attend the various talks, but I am interested in the discussion on the changes in family life, partly because I myself am a father. Also, I have always been fascinated by the “big picture”, so I am looking forward to the talk about Christian democracy in the whole of Europe. In this latter case we are still awaiting confirmation from the speakers we have invited – if they say yes, this programme point is bound to be an exciting one.