Compelling. Perhaps finding an article about graveside services on a youth webpage requires some explanation, especially since last time we discussed that young people are able to see the future of the Church. But maybe there is nothing to explain: the story of Easter is connected to cemeteries, a place of quietness. 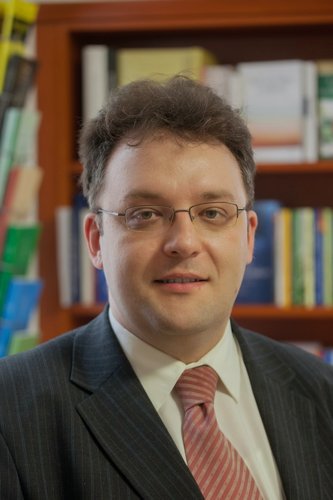 On the edge of spheres

There are several forms of Easter services, for example vigils, sunrise services or cemetery services. Although in the ancient times, Christians held their services in catacombs and later built their churches on the graves of their martyrs, according to Ferenc Pap, reformed pastor, associate professor and director. Holding services in cemeteries is a new, 20th century, phenomenon. Although life and death are different spheres, in the culture of Christian services they are not so far from each other, often not even physically: the Jews and Christians in Jerusalem were often buried near sacred places. Likewise in Hungary until the end of the 18th century, the graveyards were always near the church buildings.  – The history of burials cannot be evidenced with material remains since the wooden crosses, which were typical in Hungary, were ruined/collapsed after 25 years. The grand monuments only became widespread starting in the 19th century – emphasised Ferenc Pap.

- A cemetery is a sacred place that is not handled as a church, but several patterns shown in graveyards are identical to behaviours in churches. A Christian person thinks about the places of passing as our early creed expresses it: we hide our deceased among the dead. This expresses deep hope: God is the Lord of life and death, Lord of the living and the dead – adds the associate professor from Károli Gáspár University. We can witness this hope in all Sunday services, because on every such occasion we celebrate resurrection, Christ’s victory over death.

It’s a typical pattern of Easter cemetery services that Christ’s resurrection is a connection with the cemetery as well. Sometimes it is held in the funeral home or often in one of the community areas. Compared to the services on All Saint’s day, which often deal with finding solace, Easter services carry the message of the Christian religion’s joyous hope: the state of passing where one can do no more for himself nor others. Yet, it is the scene of Christ’s ultimate victory, so it is a place for joy at the same time. – It’s a wonderful thing that the Church can bring such traditions back and find their value, adapting it to the changing world of today. The Church has a great opportunity to find answers for society’s questions, examining what can be brought back from the rich historical traditions – Ferenc Pap tells us regarding the traditions of cemetery services.

Man is a celebrating being. The congregation is a ritualistic community who can celebrate together and experience the complex festive occasion of the Sunday service, which contains stillness, worship, repentance, forgiveness, mourning and joy all at once. According to this, the question arises: is the commendation of the church affecting the cemetery or it is rather the mourning of the cemetery that can be felt during our community occasions? Pap Ferenc cannot see a direct connection between these things but he adds: it can actually happen that even though the opportunity is given there is no joy of Christ’s resurrection in community occasions, not even with several liturgical elements that help us with it. – Perhaps it is morbid to sing hallelujah in the cemetery, but it also contains a creed: at Easter the song of resurrection should be blaring, because while standing among the tombs, it is our certainty that Christ has risen – the associate professor explains.

Do we stop at Good Friday?

In Ferenc Pap’s opinion, it is only an empty phrase that Good Friday is the biggest celebration for Christians – if we stopped at Good Friday then all our hope would be in vain. When we say in the Lord’s liturgy at the Table: “give witness to the Lord's death until he comes,” then we think of the entire life, since Good Friday and Easter cannot be separated, moreover we can only understand the life of Christ as a whole. Like this there is a place for the Lord ’s Supper in the liturgy at Christmas and we can look forward even in the morning of Good Friday. According to the Churches, we can see from this point of view that the infant’s swathing already refers to that winding-sheet in which Jesus’ body was wrapped before the burial, and which the women find empty at the dawn of Easter.

The associate professor concludes: dividing the celebrations into separated days is an invention of the 4th century. Of course it is important to see: the way of our mourning and wailing have more century-long traditions. The quietness of Good Friday has its own place - this prepares us for the joy and high spirit, which is also expressed by the rhythm and melody of the the hymn: "Christ is risen, taken by death, rejoice, Christ is our comfort, Alleluia!"