Professionals warn of a long-lasting ecological crisis. Pollution and climate change are facts, and the solution is being shown by small communities, including congregations, through their prophetic lifestyle and impact in the world. This topic, among many others, was discussed at the Eco-Congregation Conference on January 5th at the RCH Synod Hall in Budapest.

The first lecture of 2019 was from the book of Jeremiah, on critical times. According to the first seven verses of the 29th chapter, the Jews, carried to exile, must prepare for a long stay in captivity. The prophet, however, calls on them to continue their lives – to build houses, to plant gardens and eat what they produce, to marry and have children, and not decrease there. The three commands focus on the protection, sustainability, and cultivation of the environment. Living conditions and family life must be in harmony with these values. 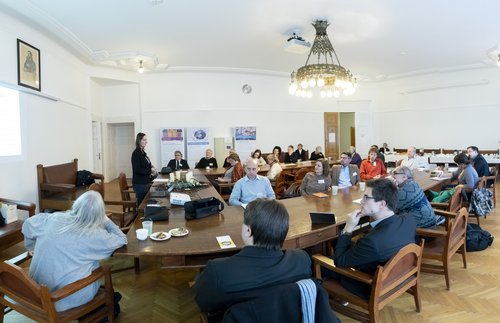 The reality of our days

The stories of time before Christ may seem far from the people of our societies today, but we must see that we need to be prepared for a long-term crisis. Current catastrophes of overpopulation and natural disasters – manifesting in mass migration, the rapid increase of Earth’s average surface temperature, or the growing number of early deaths caused by polluted waters and air – are often accompanied by economic, political, and war crises. Today many people live in exile, for example, as economic migrants, struggling to create standard living circumstances for themselves, and in better cases for the community they live in.

What shall I call you? 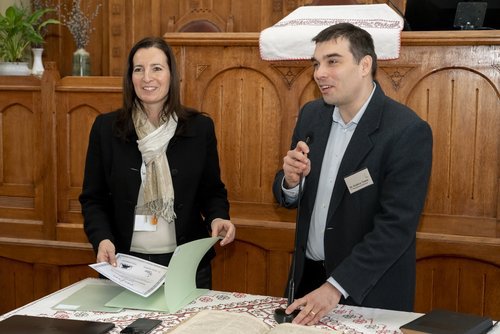 It is difficult to approach the relation between Christianity and ecology – the terms may even be controversial. Climate researchers analyze statistics and theologians dwell on biblical allegories – with no relation apparently. Human ecology, a separate discipline, searches for the link between traditional disciplines and their questions and reasons of the crisis according to the methodology. The Bible states that today’s crisis, such as that of the ancient times, have always had anthropological reasons as well: the topic of greediness, selfishness, lack of responsibility and austerity cannot be avoided. Today we are like Jeremiah, standing before an unchangeable situation, still devoted to hope from our faith in Christ.

This hope is clearly aware of the fact that the trouble is much bigger than we are. Despite this, before the welcoming the return of the Messiah, we would plant the apple tree. It is not only the saying of Martin Luther or Rabbi Yohanan ben Zakkai, but also the mission of an ecumenical program that aims to plant native fruit trees in church gardens – which received international recognition last year. In coordination with the Center for Plant Diversity (NöDiK) in Tápiószele, as of 2017, more than six thousand native Hungarian fruit trees were planted trees were planted in 165 fruit exhibition gardens of Reformed churches. 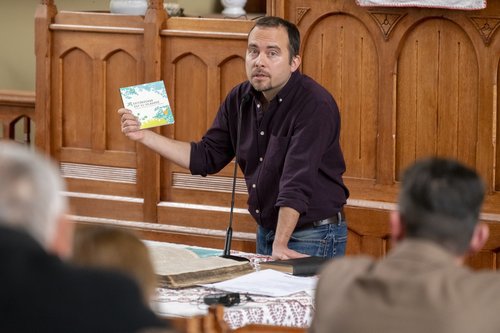 The communities of the congregations provide “nourishing soil” for these trees — and for other initiatives as well. Only small communities engaged in environmental issues may show us a way out of the ecological crisis we live in. They are gathered, for example, by the Small Community program created by András Takács-Sánta, an associate professor at ELTE and technical director of the master’s degree program of Human Ecology. The researcher, also an elder at the Reformed congregation in Csákvár, emphasizes that “people in our world today are not only against the environment, but also against God. We are constantly destroying the created world.” He believes that Christian communities can be the moving spirit of a new, ecological culture that can help us find our way back to the world beyond.

There is nothing too special about being an eco-congregation. It is natural in many places to collect used – but good-quality products – and later distribute them to the poor, to discourage production of paper and plastic waste, to consume local and seasonal produce at time of fellowship, to pay attention to carbon dioxide emission, to compost, and to nurture the animals living the lands of the parishes as to keep the command Adam and Eve received from God, which is to work the garden and take care of it. 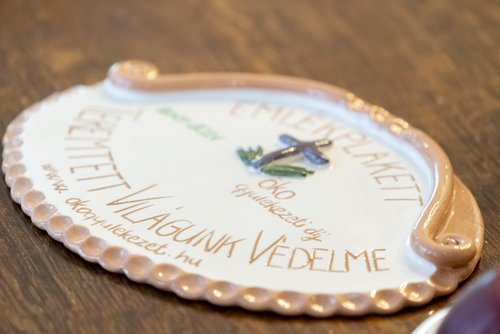 The great commitment of the movement, operating as one of the workshops of the Church and Society Research Institute of Károli Gáspár University of the Reformed Church in Hungary since 2018, is to share the knowledge and well-gathered practices to more people. Men do not die in trenches, but in the streets of the city, not due to missiles of the enemy, but from cardiovascular diseases, such as heart attacks, caused by polluted air. One of the most important missions of Christians is to protect life. This means that, as Christians, we cannot remain silent when it comes to air pollution or other issues regarding climate change. Especially when it comes to field-crickets singing in early April instead of May due to the 1-2 degree change of the average temperature. The first victims to climate change will be the insects. We may ask a beekeeper – or our conscience – about the disastrous consequences of their extinction. 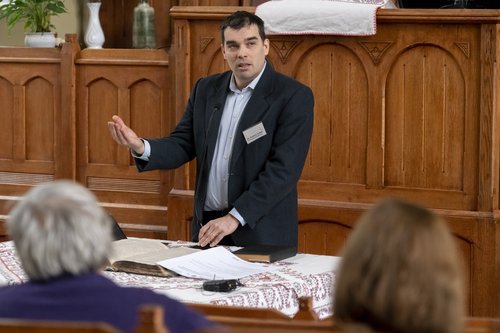 Example for the new creation

Science has found numbers and graphics for the crisis speech, but the Bible offers words to its anthropological and moral aspects, together with a ground for hope. The Bible speaks a lot of God trusting the world to us, He had created it to be good and left it to men to keep and cultivate it – but we could not fulfill this mission. The inevitable message of the Bible is that God, who created this world, has become a creature, the invisible became visible in Jesus Christ, and through this, He demonstrates a new Creation, said Rev. Tamás Kodácsy, president of the Eco-Congregation Movement.

Our common duty is to care for the created world. The Eco-Congregation Conference and other programs of the movement seek contact with other organizations dedicated to creation protection and environment-conscious education. They invite responsible representatives of state organizations and NGOs for dialogue to share ideas. Events for sharing ideas include Eco-nights, informative presentations and programs organized by the Eco-Congregation Movement and the Hungarian Society for Environmental Education. The next event was held on the 17th of January at Károli Gáspár University of the Reformed Church in Hungary in Budapest. András Victor, emeritus professor of ELTE gave a lecture on artificial intelligence.

From movement to University Workshop 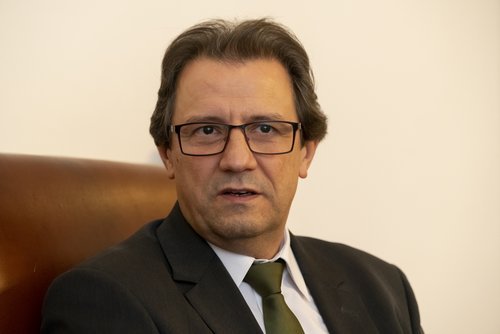 At the Eco-Congregation Conference, József Zsengellér, vice-rector and leader of the Church and Society Research Institute was interviewed, about the new institutional framework of the Movement.

What can the university get from the Eco-Congregation Movement?

Our university forms educators and other specialists, who will, hopefully, work with the Reformed Church and raise the next generation. If we truly think that the responsibility of the created world belongs to humans, by having the freedom to create, destroy, and rebuild it somehow, or at least try not to ruin our environment, then it is very important that our university pass on the knowledge and vision to the next educating generation – the knowledge that the Eco-Congregation have already gathered and now stands for.

How do we imagine this? What changes in the function of the Movement?

Until now, the Eco-Congregation Movement has worked in the framework of the Reformed Church, concentrating on its congregations. By integrating the movement into Károli Gáspár University of RCH, it changes as its profile broadens, but I think we should not reject the original aim and conception. Here appears another aspect and possibility of the academic change: as institutions of higher education also do research besides education, we can assure that the Eco-Congregation Movement will also continue what it has been doing, and by becoming a university workshop, it will contribute to the work for environmental awareness in Hungary. The Movement may have functioned as an “orphan child” in the RCH Synod Office because it demands a different stance — however, I hope it find its place in the university.

The first Eco-Night on Artificial Environment was held on the 17th of January at Károli Gáspár University. Lecturer and member of the Eco-Congregation Council, András Victor presented on artificial and natural environments, the soft borders between the two and the changing effects of them. He referred to the modification of human biosphere, the marks and the hows of it.

After the presentation, the audience joined in the dialogue, evolving into a vivid debate on artificial intelligence, evolution and the moral responsibility of human beings.