Every decade the International Mission Council and the World Council of Churches’ (WCC) Commission on World Mission and Evangelism (CWME) hold a joint conference, the Conference on World Mission and Evangelism. The conference was held this year, 8-13 March in Arusha, Tanzania with the theme, Moving in the Spirit: Called to Transforming Discipleship.

The Conference on World Mission and Evangelism understands mission as multivalent, such that includes being a joyful witness, committing to working for justice and reconciliation, participating in interfaith, secular and ecumenical dialogue, celebrating the unity of all peoples, and reflecting thoughtfully, seeking new ways of being faithful to God’s mission. There was active representation of mainline Protestant, Orthodox, Roman Catholic, Evangelical, Pentecostal, African Instituted churches, and many other denominations. The Reformed Church in Hungary also sent participants to represent: Rev. Eszter Dani, Head of the Mission Department as delegate, Rev. Dr. Abrahám Kovács, Associate Professor at Debrecen Reformed Theological University as theological advisor, and Rev. Dr. László Gonda, Associate Professor for Mission and Ecumenical Studies at Debrecen Reformed Theological University as observer. 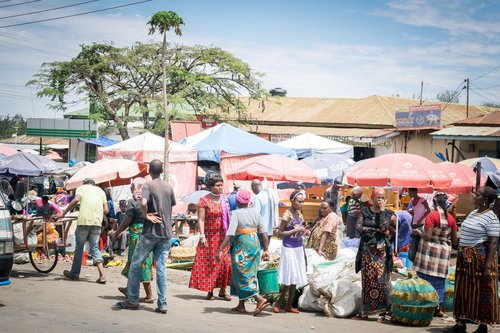 The ecumenical conference was held with the theme, Moving in the Spirit: Called to Transforming Discipleship, bringing the notion of a pilgrimage, an on-going journey of all believers, led and guided by the Holy Spirit, and also serving as a prophetic message amidst the complexities of the world today.

Dr. Agnes Aboum, the first woman and the first African moderator in the history of the World Council of Churches, welcomed participants in the opening plenary on 8 March 2018, highlighting that “we look back with gratitude to the Almighty God for the vision of our ecumenical men and women ancestors; their commitment, courage and determination to pursue the call for unity of the church and unity of humankind at a time in history when the world was divided and ravaged by war, inhabited by fractured communities and broken relationships.” Each day of the Conference was filled with workshops and sessions in which participants were able to experience and create dialogue with one another according to the theme of the day. 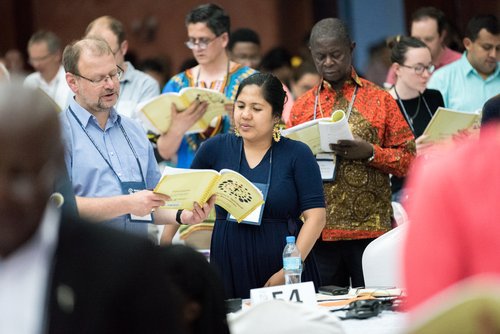 On the last day of the Conference, 13 March 2018, participants from the World Council of Churches’ CWME issued a Call to Discipleship. The document described the call to care for God’s creation and be in solidarity with nations affected by climate change, and emphasized breaking down walls and seeking justice with people who are dispossessed and displaced from their lands, including migrants, refugees and asylum seekers, and to resist new frontiers and borders that separate and kill. The Conference on World Mission and Evangelism closed with a “sending service” during which participants reflected on their Call to Discipleship and the significance of such a call in transforming mission in a world of pain, dislocation and turmoil.