Anikó Uhrin, Director of the István Wáli Reformed Roma Collegium, is among the most recent recipients of the annual Wallenberg Award, presented to individuals whose life and work is dedicated to helping those living in discrimination.

The award ceremony was held on 17 January in the Holocaust Memorial Center in Budapest. The Raoul Wallenberg Association, the Embassy of Sweden and the Hungarian Ministry of Human Resources worked together to organize the ceremony. Many leaders were in attendance, including Ilan Mor, Israeli Ambassador, Gusztáv Bölcskei, Presiding Bishop of the Reformed Church in Hungary (RCH), András Schiffer the parliamentary group leader of LMP party, Miklós Csomós, Deputy Major of Budapest and Zoltán Tarr, Gerenral Secretary of the RCH.

Zoltán Balog, Minister of Human Resources and Erik Ullenhag, Swedish Minister for Integration for the Ministry of Employment, handed out the awards throughout the ceremony and offered some thoughts on the importance of the event. Balog spoke about the purpose of the award, which as he said is so "politicians learn democratic behavior from the recipients." 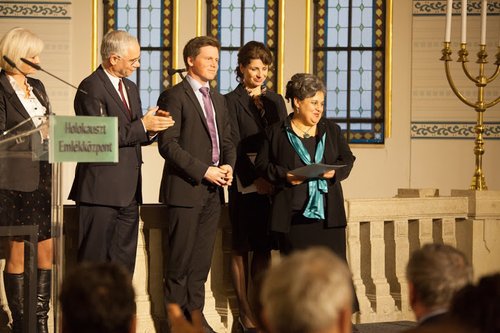 Raoul Wallenberg was a Swedish citizen who worked at the Swedish Embassy in Budapest from 1944-1945. He was responsible for removing thousands of Hungarian Jews from the country before they could be sent to concentration camps. Soviet authorities arrested him in 1945. It is not known what happened to him after this time, but it is presumed he died in prison.

Ullenhag said that we must remember the people who stood up for the persecuted in order to ensure that these terrible acts are not repeated, but "still, however strong the memory is, it occurs again and again." He went on to say it does not necessarily manifest in death camps or threats against ethnic or religious minorities, but in hate speeches and stereotypes that we face every day. Also, we must never forget the tragic events of the Holocaust and must remember the stories like Wallenberg's as well as show this same courage during the continued fight against anti-Semitism and anti-Gypsyism.

Wallenberg award recipient Anikó Uhrin comes from Roma roots, with Roma ancestors on her mother's side. She graduated as a kindergarten pedagogue in 1993 from the Kindergarten Teacher's College in Szarvas. From there, with the approval of Bishop Gusztáv Bölcskei, she became a coworker of the newly formed Reformed Church kindergarten. Because of her Roma connection, she was deeply affected by the worsening circumstances of Roma in the early 2000s, and it was this that pushed her to pursue a degree in Roma Studies from the University of Pécs. During her university years, she became a member of the Roma Ethnographic and Historical Association and participated in different research studies on Roma culture. After graduating, she became director of the István Wáli Reformed Roma Collegium, which was founded in 2011. 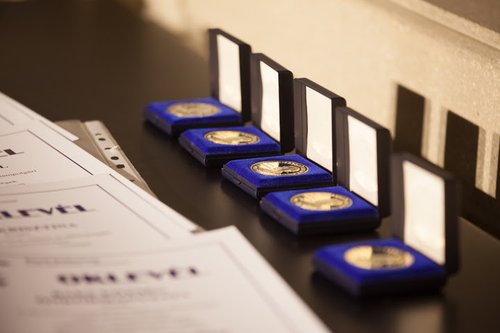 The collegium, located in Debrecen, was established as a part of the Christian Roma Collegium Network. It provides support to Roma students in the form of financial aid, housing assistance, additional coursework and mentoring. Aside from academic opportunities, the students are encouraged to explore spiritual matters as well. Mentors monitor both academic and spiritual development. Ultimately, the Collegium hopes to send out well-rounded individuals into Hungarian society.

When asked about her involvement with the Collegium, she said that she has been called to do this work. Sometimes it is hard, but other times it is a wonderful experience. Uhrin believes that prejudice against Roma has been increasing during the last 11 to 13 years, and that this is a critical issue.

She also said there are things we must be aware of like culture and nationality – our identity – however, we do not have to stay in this status or our current definition.

"It does not have to be an excuse."