The Lenten season is a time of great importance for Christians around the world. For the Reformed Church in Hungary the solemnness of Holy Week and celebration of Easter is reflected in the community's traditions.

As a church practicing in the Calvinist tradition, the RCH treats the Lenten season as a time for internal, spiritual preparation before the sacrifice and resurrection of Jesus. And while not in the same way as Catholics, Hungarian Reformed do deny themselves the usual festivities and feasts they could otherwise keep during Lent. This kind of moderation is typical for Calvinists. It is not about a restriction from one type of food, instead it is self-denial and a restriction of one's whole self. Good Friday is the strictest fasting day. Some Reformed members avoid meat and fat eating dried fruit and simple, sour soups instead. Another form of fasting occurs the morning of Easter Sunday, when people fast in the morning until they partake of the Lord's Supper with the church congregation.

Lent came to the Carpathian Basin with the spread of Christianity. In the early church Lent was a preparation for baptism. It was important that they understood that death is part of life and the resurrection and eternal life are part of faith. The people would make a confession of faith on Easter morning in the certainty of the event. 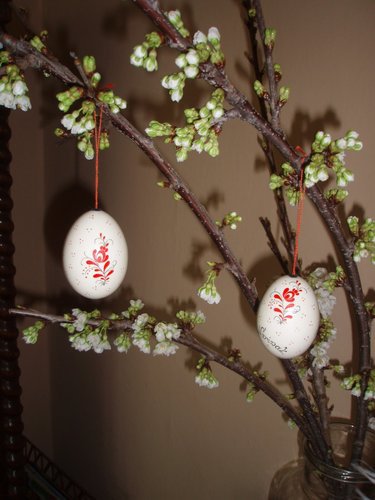 Palm Sunday is the beginning of Holy Week. Since the 4th century in the Christian church, it has been a joyful day during the Lenten period. On Palm Sunday, Reformed churches celebrate Jesus' entrance into Jerusalem as the King of Israel with branches called catkin that decorate the church and special Reformed songs that tell proclaim Jesus as king. Some areas have a tradition on Palm Sunday where the girls from the town would dress up a straw-man in traditional Hungarian clothes and carry it through the village then throw it into water or burn it. This was a celebration to symbolize the coming end to Lent. Another practice is for a family to bring a green branch into their home, put it in a vase of water and then decorate it with festive eggs and ribbons. This is a living tradition that is still practiced today. 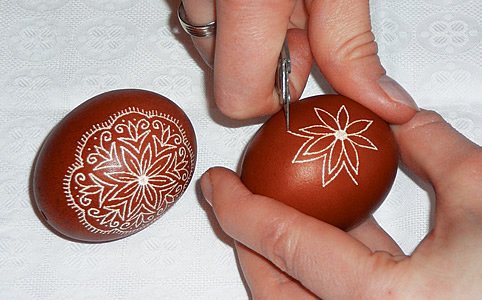 However, for the Reformed churches, Good Friday stands as the central, most significant point during the Lenten season. This practice finds theological support in the fact that the world received redemption from Jesus' death on the cross, not just the resurrection. On this day, Hungarians wear mourning garments that are, depending on the region, either black or white. Drapery on the Lord's Table and pulpit is changed in the church to black as well. One special tradition on Good Friday is that mothers would bring their small children to the service for the first time, and in other areas touch their babies' heads to the church wall, so that the children will begin to talk sooner.

There are symbols used in the Reformed Church for Good Friday.

Today, Hungarian Easter traditions are mostly secular, but they do meld together with religious traditions also, although again they differ depending on the region. Some things are common throughout the country, however. There is a tradition of "Emmaus-walking," which simply means that people visit relatives and friends. In Hungarian, Easter is "Húsvét," which literally means, "take meat." After a long Lenten season, families will enjoy a traditional Easter meal consisting of ham and a loaf of sweet bread. In the middle ages, it was a tradition for Reformed pastors to make the congregation laugh in church on Easter morning as way of marking the end of a long period of solemnity.

There are several Easter symbols as well.

Additionally, Hungary celebrates the following Monday as "Easter Monday." On this day, Hungarians have the day off from work or school, and the tradition is for boys to approach girls and recite poems to them. At the poem's conclusion, the boy will ask to spray the girl with water, which has started to be replaced with perfume. After being sprayed, the girl will reward the boy with a decorated egg or some sweets. This cultural tradition actually has a religious origin having to do with baptism, but it is a connection that is fading now. 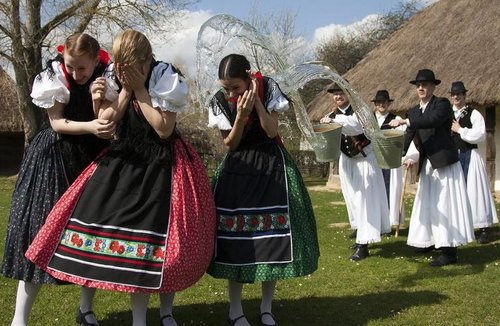 "It's important that we raise the question of whether our traditions show our joy at Easter – that our actions support our emotions." - Dr. Eszter Eperjesi Pocsainé