It was 75 years ago, on the night between 2 and 3 August, 1944 that Nazi Germany closed down the Gypsy camp in Auschwitz-Birkenau, exterminating some three thousand Roma men, women and children – since 1972, this day has been the International Roma Holocaust Memorial Day. Initiated by the founder and artistic director of Madách Dance and Theatre Secondary School and Primary School of Arts, a physical theatre performance was created in the spring that deals with the tragedy of the Roma Holocaust. The piece has recently been performed at Starpoint Reformed Youth Festival. We sat down with Gyula Sárközi to discuss the background of the performance, the title of which roughly translates as ‘The Lurking Plague of the Past’, as well as the still relevant legacy of the past events. 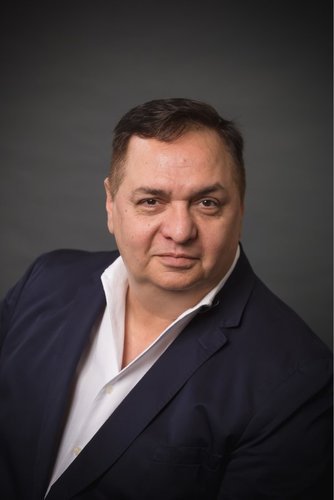 Who came up with the idea of the performance?

Two teachers of Madách Dance Art School, Gergely Csanád Kováts and Zsolt Kovács developed a choreography for the Gulag Memorial Year, and as a Roma person myself, I deemed it important to work with the theme of the Roma Holocaust as well. Although we have some information about his issue, we hardly talk about it at all.

The Jews knew exactly who were taken, who died, but the majority of the Roma were illiterate and did not make efforts to record the events that took place. In their case it is still not known today how many lost their lives, whether it was two million or two hundred thousand. We are talking about a tragedy in which the entire current population of Budapest may have perished. 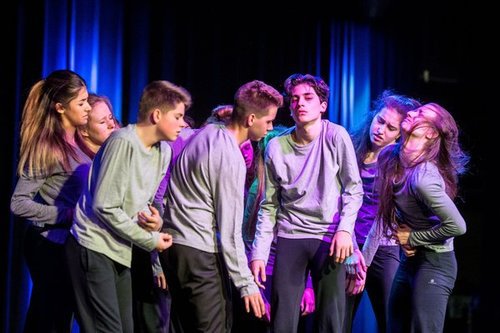 How was the performance developed?

Csanád conducted extensive research into the historical background, and working with these materials took a heavy toll on him. He needed significant moral support in order to carry on with this work, since even to read about the notion that we must perish and that we do not belong in this world is dreadful. I must point out that the performers are non-Roma youth, and yet they, too, needed psychological care to be able to perform the choreography. They all had to dip into the blood that had been shed all those years ago.

What makes the performance successful and accessible to all?

Despite the fact that the performers are dance students, this performance is dominated more by body language than by traditional dance. It is based on historical facts but it is not didactic, instead, it evokes emotion-based thoughts and questions in the viewer: was this all right this way? At first the audience can sense that the performers are basically still “children” - they are all secondary school students – but the performance is so gripping that their age is soon forgotten. Only at the very end do we realize again that it was with the help of youngsters that we could relive the horrors of what had happened to our grandfathers and great-grandfathers. 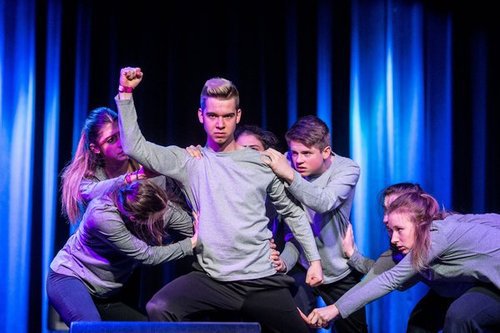 What were the reactions after the first performance?

The first performance took place this spring at Cigánykerék Roma Values Festival in Budapest’s Akvárium Klub. I felt the performance had a significant impact on the audience, which is clear from the fact that people stayed silent for a long time after the end of the play. A member of a Pakistani group who saw the performance, told me that he is persecuted in his home country for being Christian – his father had died in his arms. He told me that I was brave because it is not common in today’s world to talk openly, clearly and honestly about a topic that weighs heavy on all of our hearts.

In Debrecen at Starpoint, we were scheduled to start at 8.30 p.m., so the stage manager was already exhausted, and there was very little time to get the lights ready. Despite all that, he expressed his gratitude when the performance was over: he said it had been the second most uplifting theatrical experience in his life and he was grateful to be a part of it. 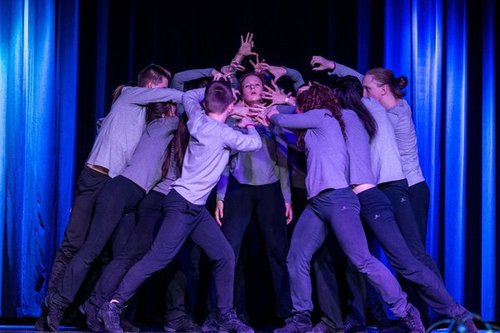 What do you think about the legacy of this tragedy?

Some of the Roma community’s current problems stem from this genocide. When the surviving Roma returned home, they hoped that the horrors were finally behind them, only to find that their houses had been occupied by others. As a result, they were forced to live near landfills or in forests, have their children there, without any property or inheritance, which others, even if only partially, still had.

It has been said many times that history is written by the victors and explained by the vanquished. All we can do is explain the Holocaust, but 75 years worth of problems cannot be changed by waving a magic wand; it takes patience and perseverance. And for that, we need to have mutual respect, love and attention.