Debrecen’s newest Reformed community, the congregation of Úrrét, just turned one year old. The community, dynamically expanding and always looking for new possibilities, gathers on Sundays in the hall of one of the local primary schools – maybe they will have a church in the years to come. 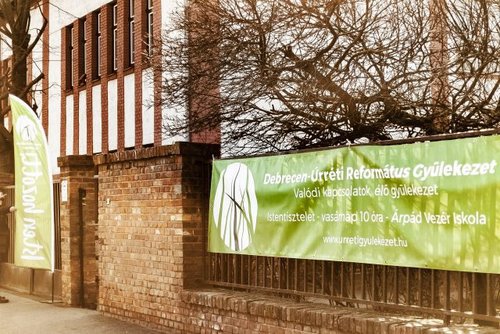 Rev. Dániel Püski had been serving as the chaplain of the University of Debrecen for eleven years before joining the group of the congregation-founder pastors. He began organizing the Reformed congregation of Úrrét in September of 2017 with the full support of the Transtibiscan Reformed Church District and the faith community that had developed during the decade of his university missionary service. Their first worship was held in February of the following year in the hall of the Árpád Vezér Primary School, where they gather every Sunday since. One year later, on the third Sunday of February 2019, the congregation gave thanks for the past year with a festive worship service.

“Twenty Reformed congregations have worked in Debrecen; we are the twenty first," says Dániel Püski, pastor of the community of Úrrét. The founding of a non-traditional congregation was not only contributed by the fact that the Parish of Nagyerdő has been planning the launch of missionary service in the northwestern part of the city for many years, but also the recognition that some of the students leaving the university congregation after their studies were unable to find their place in the city’s congregations.” For a long time, in the university congregation, we have been thinking about how to help our students find a home after finishing their studies. The congregation of Nagyerdő – our mother congregation – had been planning to establish a community in the northwestern part of the city, in the neighborhoods of Úrrétje, Nyulas and Vezér streets. The church district and the diocese have long shared the opinion that new congregations are needed in the city. Finally, the many ideas found the answers in each other,” summarizes the pastor on the circumstances of founding the congregation. 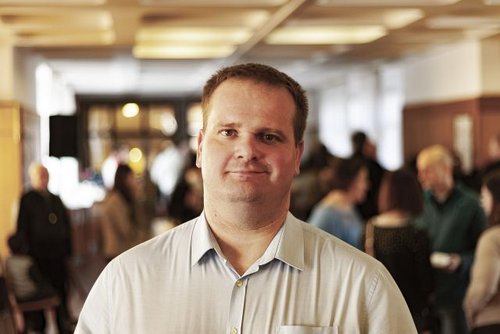 "In some respects, the congregation of Úrrét is a straightforward continuation of the university congregation in the style, way of thinking and also other elements, and in theological sense, it is no different from other Reformed congregations," says Dániel Püski. What is different from other congregations, however, is the simplification of the liturgical language of traditional worship. “We intentionally avoid using foreign words in preaching. We try to think about how today’s young people are like and how they live and we try to reflect on this a bit,” shares the pastor about the reasoning behind the decision. 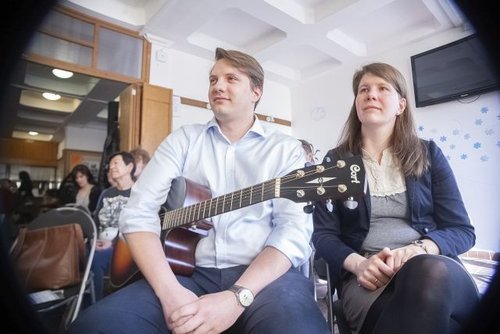 Music plays a central role at the Sunday worship of Úrrét. Among the songs, there are psalms and praise of the Reformed Songbook, but mostly consist of today’s modern, youth-called songs, that are already being used by adults. These songs are sung by the congregation with orchestral accompaniment. "We see that the lyrics and the melody of these songs touch the hearts of today's youth," the pastor shares of his experience.

In Debrecen’s youngest Reformed congregation, besides the music, they place particular emphasis on the organization of the community and on strengthening the personal relations between the members. “A few hundred years ago, a classic village or small-town congregation did not really have to recruit a community because it was given. Only a few hundred people lived in a village, and everyone knew everyone. Today it doesn't work in cities. In the past, churches and congregations had a much more educational function rather than a community organization. Today, I see that the young generation can learn anything, for example, about video sharing portals, and they desire to have someone build a community for them,” says Dániel Püski.

Since a significant part of the communication between people is now taking place through the internet, the congregation, susceptible to novelty, is very active on the web. “We're trying to be present on Facebook and on other social platforms, so those who are new to the city and looking for a congregation can easily find us. Some have found the congregation this way,” says Dániel Püski, who also admits that they even bought advertisement on the largest social website: “If we have a program, we will also take advantage of this opportunity. An advertisement costing a few thousand forints can deliver the information to thousands of people in Debrecen.” 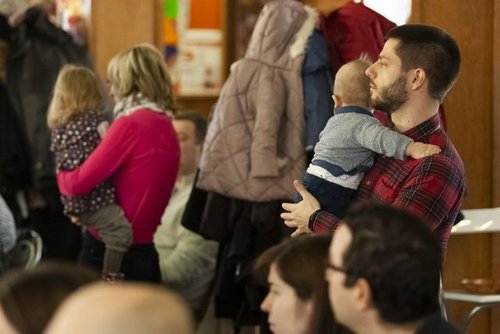 However, it is not due to the Internet, but the existing members of the community that the congregation is constantly expanding, and today, the number of members of the congregation can be counted to around a hundred and forty people. “They invite their friends, their acquaintances, their schoolmates’ parents. We encourage our members that if they feel good here, they have found Christ, and if this has become important in their own lives, then they should invite those who are important to them, as well,” says the pastor.

Occasionally, the members of the congregation do traditional missionary work, handing out leaflets and other promotional materials with the people in the neighborhood. Last year, for example, they took part in a daylong street party organized in the city. “We see that for the time being, the mere fact that this congregation is a little bit different than the others has such an attractive effect – people are almost always flowing towards the congregation,” points out the pastor. 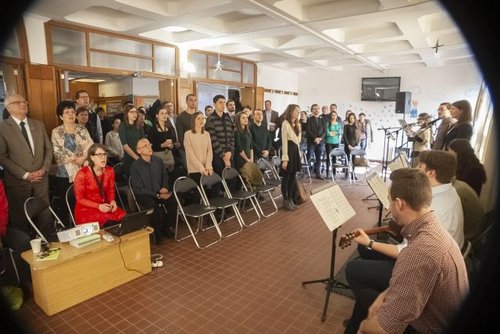 Among the new members, we find many young families who have moved from rural villages and small towns or even from Transcarpathia, Transylvania, and Partium to Debrecen, and have come across the congregation of Úrrét during their search.

Slogan on the flag

One of the stages of congregational community life is the informal occasion after worship, where, the pastor says, eighty to ninety percent of the congregation stays, often up to an hour, sitting, talking, and drinking coffee or tea. 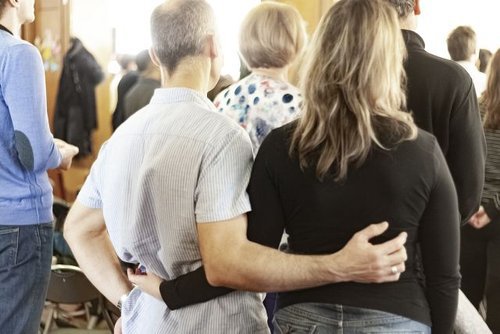 The occasions and the church

Parallel to the main service, Sunday school is offered for pre-school and school-age children. According to the pastor, since worships are not so formal and are musically much closer to the taste of the younger age group, the children are also happy to attend the main service. "They don't always understand everything, but that’s not a problem,” says Dániel Püski.

It is no secret that they started small group or home group meetings with the intention to strengthen relationships, where even more intimate relationships may be created between the members of the congregation. Small group sessions are held by volunteer members of the congregation, typically in their houses – although those who have small children usually gather in the university church. The fact that the occasions are held in houses is actually born of compulsion, because the congregation has no church yet, but their community building will soon be available.

“It was a conscious decision from the beginning. For centuries, a congregation was founded in most cases, as someone gave money, built a church, and waited for people to come,” says Dániel Püski, who thinks that what they are doing now is a model for change, "at least an attempt to not build a church building first, but rather a congregation, which defines itself as belonging to the community and to God, and not to its own temple.” 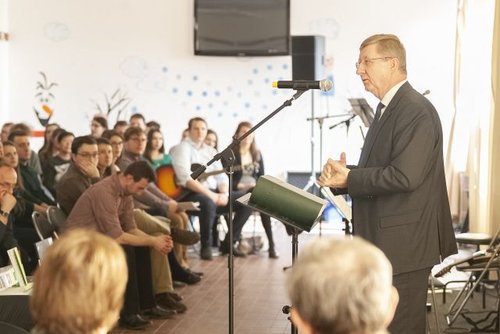 Similar thoughts were interpreted by Károly Fekete, Bishop of the Transtibiscan Reformed Church District, during the thanksgiving worship for the one-year anniversary of the congregation of Úrrét. He said that they were very excited in the congregation of Nagyerdő a year ago because the way the congregation of Úrrét was founded was different from what the church district or Debrecen were used to. “Previously, there was a building, and then they tried to gather people around. Now, we are thinking a little differently: have people and then there will be buildings, for example, a new church. But what does a pile of stone stand for without a community?” asked Bishop Károly Fekete who thinks that the church district needs a revitalization. "I am convinced that God does not want a boring church, not a commonplace, but an always extraordinary church," the bishop said.