Theatre performances can overwhelm and shake the audience, all the while being educational.

I believe that a theatre performance is a roaring success when I walk out onto the street, and I see the whole world a little bit differently (and the same can be said for books, movies, and artwork as well). 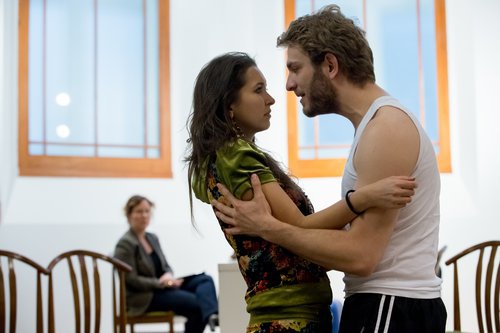 Ten years ago, educational performances in Hungary were less than appreciated. However, today, this artistic performance is a breath of fresh air as it brings to light social issues.

Over the last few years, exciting theatrical experiments have come out of the traditional stage-stage division and performances have been expanded through pedagogical group dynamic tools. For example, the Katona József Theatre has initiated a special social project, the Classroom Theatre, in a segregated Roma village, ultimately broadening the concepts in theatre. 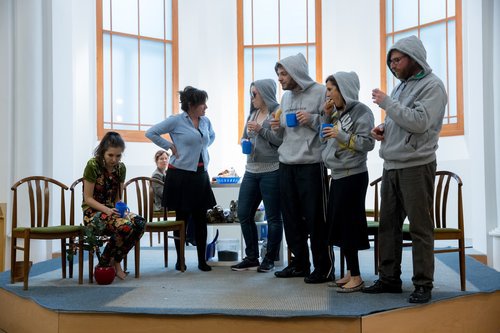 As part of the new era of theatre, I Stand up for You is a joint performance belonging to a group of non-governmental organizations: the Névtelen Utak Foundation, the Bohócok a Láthatáron Company, and K+V Acting Company, fighting against human trafficking and child prostitution. The theatre piece does not require high-tech stage equipment, so it may be performed anywhere. The quality of artistic performance is well illustrated by the fact that one of the most prominent theatre critics, writing about the crisis of domestic theatre, has referred to this performance as an example of hope. 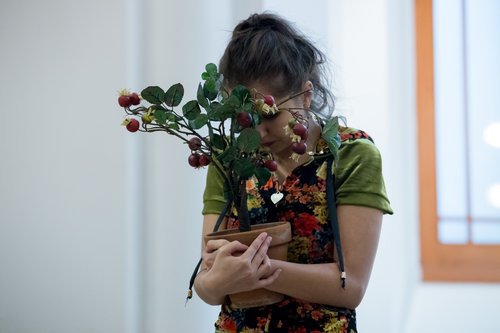 I Stand up for You was realized by the generous support of the World Mission Council of the Church of Scotland. The joined efforts in fighting against human trafficking are becoming more and more essential in our world today; this performance is a milestone in the common fight.

The story, based on real happenings, has a strong influence not only those in the audience who are already used to the contemporary style, but also offers a full-fledged experience for those without any theatrical predilection. The shocking discovery of reality; behind the scenes of our everyday lives, thousands of Hungarian girls are living as victims of human trafficking, at home and abroad. In the performance, the audience follows the journey of two girls leaving the orphanage as they travel on a train to Budapest. According to plan, they do not stop there and continue on to the Netherlands, where the lover of one of the girls offers a bartending job to them. Along the way, we learn more about the girls, who they are, where they are from, where they are going. In their storytelling, so many elements of folktale appear, lightening the brutality of the happenings; but just as much, the magical elements of the story become more real. From violent foster parents, manipulative pimps, pretending lovers, and racist cabin crew to the benevolent and naïve passengers, although based on distant impressions, all are familiar to us. 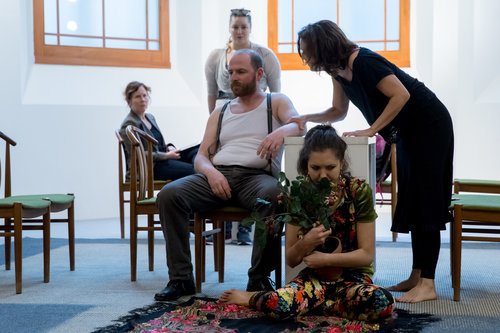 So why is this important? As Christians, it is part of our mission to listen to those who are on the margins, being manipulated and exploited, and kept in poverty. Theatre is capable of bringing those pushed to the peripheries by the world to the centre of attention. God works along the edges of society, as the prophets spoke up again oppression and exploitation and Jesus turned to the lepers that were cast off by society. Although there is no explicit Christian content in the performance, the approach and gestures presented in the performance and the healing provided through the telling of their story of suffering could not be closer to the gospel. After the performance, the audience is not left alone; workshops take place where the actors, staying in character, answer the questions of the younger audience members. 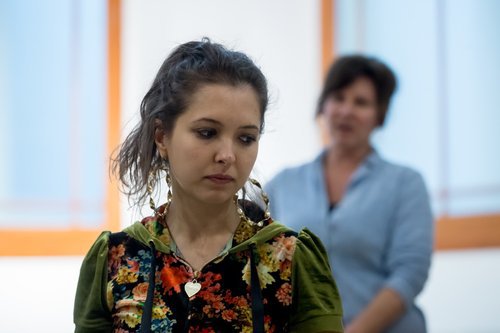 The Reformed Church in Hungary (RCH) Roma Mission would like the performance to reach more people, especially the vulnerable children, living in orphanages or marginalized families, and those who have the power to make change. Therefore, those of the Missionary Department of the RCH, in cooperation with the Reformed congregation in Budapest, Józsefváros, the Te+Én Reformed Community, the Névtelen Utak Foundation, the Bohócok a Láthatáron Company, and the K+V Acting Company are planning to organize more performances, I Stand up for You is planned to be performed in many Reformed Churches. 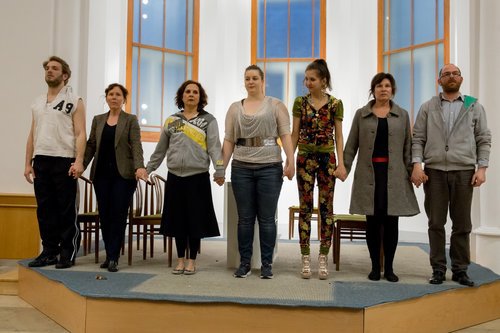 After the performance, the young people were asked to share their opinions:

“I did not know that this exists and that we are surrounded by it.”

“The most shocking thing to me is that when they called the police, the police did nothing.”

“It brings attention to one of the biggest problems in our society.”

“Unfortunately, nowadays, there are more and more cases like this, and girls think of this as plan B.”

“There are always other options.”

Edited by the Ecumenical Office