13 January 2018 marked the 450th Anniversary of the Edict of Torda, an unprecedented first step towards religious tolerance and denominational diversity. In celebration of the Anniversary, leaders of the Transylvanian Saxon and Hungarian Evangelical-Lutheran, Reformed and Unitarian churches wrote a proposal to the Parliaments to declare the 13th of January a day to honor religious freedom. 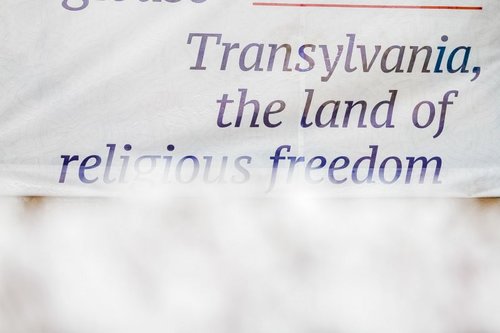 Derived from the ideas of the Reformation, the Edict of Torda accepted the existence of other denominations; and due to later laws on religion based on the Edict, ideas of religious freedom and denominational tolerance spread throughout the world. The festivities began on 12 January 2018 with a concert performing Alan William’s Between Heaven and Earth. On 13 January 2018, leaders of various church affiliations in Romania and representatives of the General Convent’s Presidium commemorated the 450th Anniversary of the Edict of Torda. The celebration included ecumenical worship at the Roman Catholic Church in Torda and the revealing of the Ladder of the World sculpture made by Liviu Mocan,

His majesty, our Lord, in what manner he – together with his realm – legislated in the matt­er of religion at the previous Diets, in the same matt­er now, in this Diet, reaffirms that in every place the preachers shall preach and explain the Gospel each according to his understanding of it, and if the congregation like it, well. If not, no one shall compel them for their souls would not be satisfied, but they shall be permitt­ed to keep a preacher whose teaching they approve. Therefore none of the superintendents or others shall abuse the preachers, no one shall be reviled for his religion by anyone, according to the previous statutes, and it is not permitt­ed that anyone should threaten anyone else by imprisonment or by removal from his post for his teaching. For faith is the gift of God and this comes from hearing, which hearings is by the word of God. 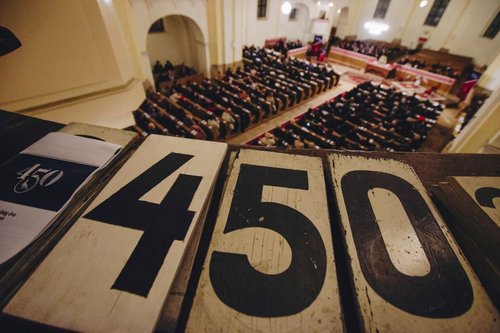 In the chaos of religious disputes, the Edict of Torda provided insight to peace, committing itself to religious tolerance. The Edict was not only a historical breakthrough for religious tolerance, but also the first declaration of the concept of “freedom of the pulpit and freedom of the pew,” emphasizing the local communities’ right to freely choose their preachers on the basis of their own religious perceptions, an acknowledgement of denominational diversity. The declaration granted tolerance, freedom of worship and growth in faith, and prohibited the prosecution of individuals on religious grounds, influencing future legislation regarding religious freedom. “Thanks to [the Edict], besides the existent Roman Catholic Church, the other three established denominations, the Lutheran, the Reformed and the Unitarian, could also take on institutional forms. […] Transylvania turned into a land of religious freedom and denominational tolerance, providing shelter even to those persecuted in other countries” – as written in the official proposal to the European Parliament in Strasbourg. 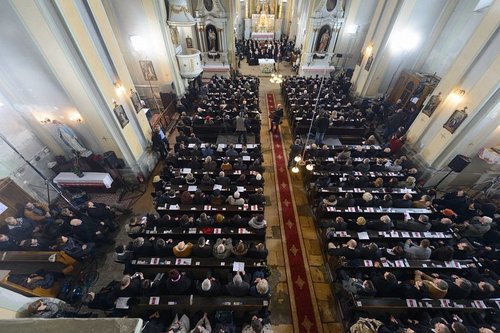 As a defining feature of the ideology of Christian Europe, the leaders of the various churches propose for the Romanian, Hungarian, and European Parliaments to adopt a festive resolution concerning the significance of the Edict of Torda, declaring the 13th of January a day to honor religious freedom. Celebrating the anniversary of the Edict of Torda, we are reminded that “faith is the gift of God,” and that we may experience our faith by loving and accepting those who may worship differently, in a spirit of tolerance, and in collaboration in service to our God: 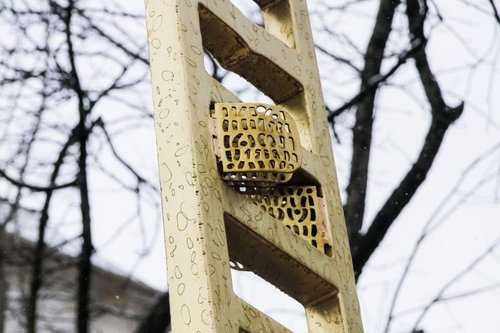 “Bearing in mind all the above, we, the leaders of the Transylvanian Saxon and Hungarian Evangelical-Lutheran, Reformed and Unitarian churches respectfully propose for the European Parliament to adopt a festive resolution concerning the epoch-making significance of the Edict of Torda, adopted by the Transylvanian Diet of 1568, and declare the 13th of January a day to honor religious freedom. As the spirit expressed by the 450 years old legislative act constitutes a defining feature of the ideology of Christian Europe, and given that granting the right to freedom of religion and conscience functions as one of the bases of modern democracy, we respectfully propose for the European Parliament to declare the Edict of Torda a European value of outstanding importance” – as written in the official proposal to the European Parliament.