The Presidium of RCH appointed András László Gér as interim General Secretary as of 1st July. The appointment expires on 31st December.

András László Gér (28) graduated from the Reformed College (secondary grammar school) in Sárospatak. He studied History, Theology and History of Religion. He holds a Bachelor’s degree in History and a Master’s degree in Theology from the Károli Gáspár University of the Reformed Church, and a History of Religion Master’s degree from the Pázmány Péter Catholic University where he has been a PhD Student from 2011 specializing in Hebrew and Judaic Studies. He has followed Postgraduate specialization program as Foreign Affairs Adviser since 2012 at the Facuty of Law of the Károli Gáspár University. 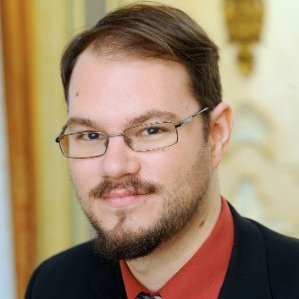 In 2013 Gér has been a Hungarian Public Administration Scholarship fellow in the Department of Church Relations in the Office of the Minister of State for Religion, National Minority and Civil Society Affairs in the Ministry of Human Resources, and parallel as a volunteer, he was elected the head of the Department of Theological Studies at the Association of Hungarian PhD and DLA Students. Before his appointment Gér has been working as a senior political advisor to the Minister of Human Resources, Zoltán Balog in the field of church and civil society politics.

As we reported earlier, the election of a new General Secretary was postponed at the constituting Synod on 25 February.