I always go and leave with a prayer, because God is the only One, who can comfort those, who have lost their visions - believes Alexandra Kovács Nógrádiné. We spoke with the pastor of the Ministry to the Visually Impaired and Blind of the Reformed Mission Centre about the Ministry and the opportunities, everyday lives of the visually impaired people.

What kind of personal experiences have led you to serve as a Reformed pastor?

I was born into a Catholic family. The religious education and the church services were always part of my life. I still have one determining memory from around age five: when we were leaving from mass, an old lady handed me a rosary and told me that she gave it to me because I will serve God. Although I didn’t know then what that meant, I gladly accepted it. Then my parents converted into the Reformed denomination and I started to go to the Reformed High School of Kecskemét where my days started with morning devotions. I felt first then that it was different from before, that God was already calling me. Lastly, the Bible verse I received at my confirmation speaks to me, “Have I not commanded you? Be strong and courageous. Do not be afraid; do not be discouraged, for the Lord your God will be with you wherever you go.” (Joshua 1:9) After all I still had my uncertainties, I wanted to be a doctor, but the question was rattling in my mind constantly: should I heal the body or the soul? The answer came with a Bible verse again, “Obey the Lord by doing what I tell you. Then it will go well with you, and your life will be spared.” (Jeremiah 38:20) Then I realized it isn’t as good when I am in control, so I handed over the throne to God. In Seminary I felt confirmed that this was my place. 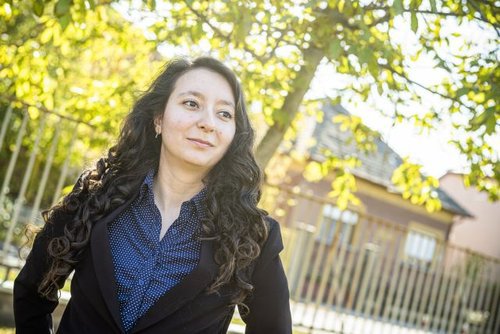 You have been serving in the Ministry to the Blind for a year. What are some experiences you’ve had in this time?

I didn’t plan to do ministry, but my husband and I were asking God during the last year of my studies what His plan was, where should I go. Before my ordination exam I visited a community of visually impaired people in Hajdúszoboszló where they welcomed me with such a love that I felt I had a place among them. Finally I was commissioned here as a pastor. I didn’t expect to feel so great.

What is this field of mission about exactly?

With the help of my colleagues and volunteers we organize events in Budapest as well as in Debrecen, and we visit congregations. I have confirmation preparation classes on Mondays: four visually impaired sisters and brothers will have their confirmation at Pentecost of 2020. On Wednesdays we are organizing thematic conversations in Budapest in the institution at Hermina Street for those who have just recently lost their vision - we are trying to process this trauma together. Besides that, I lead a group in the institution on Hungaria Street on Thursdays. We have a spiritual retreat monthly on Saturdays in Debrecen, and on Sundays we go to congregations with sensitization programs.

How do those who have just recently lost their visions cope with the trauma?

In the spring a person told me that he does not feel it’s difficult anymore – not being able to see, because so he could get to know God. It was so shocking to me, that I teared up. In this service I always start and finish with a prayer because God is the only One who can comfort them. By myself nothing would have any effect, the Holy Spirit is the One who moves into their hearts and gives them relief and peace.

How do they find the activities of the Reformed Ministry to the Visually Impaired and Blind?

I very often visit individuals, because it’s the easiest way to invite the visually impaired people to our events. I used to send letters to different organizations, but mostly they reach out to us by phone: they ask for a visit, for a pastoral care, and I go to them immediately. Most of the times they exchange information about us to each other. 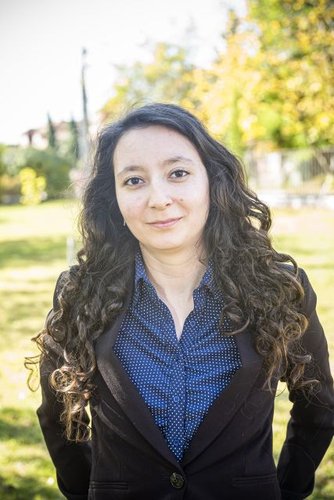 How is it effective to make the society more sensitive about accepting and helping the visually impaired people?

If we go the congregations, I always give a short sermon then I hand it over to my visually impaired friend. We used to be accompanied by a band, Landini (created by blind people) and sometimes a few people would recite poems. If we go to a congregation for a whole day, then we bring a special sensitization program with us: we show people how to use the white cane, explain how every day is spent when visually impaired- how do they travel or how do they cook, for example, a bean soup.

Everyone is probably interested in this. Please, tell us more but that!

In the institution at Hermina Street there is a three day long course where visually impaired people can come from the whole country.  Special education teachers engage with them, teaching them how to use the white cane, how to transport alone, how to cope with everyday activities. Thanks to that, a visually impaired person can manage the same things that a seeing person can.

How do the seeing people take this experience?

They became astonished, but through that they realize that miracles exist. When I started the service, I also participated in this training in a National Institute for the Blind. When I learned to write in Braille and to manage everyday activities with my eyes folded, I understood what the visually impaired people feel like. It was great to experience that there is always hope - God’s help is needed, but it can be learned.

Did you prepare some program for the White Cane Day?

Organizations dealing with visually impaired people are organizing events throughout the country, so we had our program earlier on the 7th of October. We met in the institution at Hungaria Street. János Elek Mészáros, the winner of the Hungarian talent show (Csillag Születik) of 2012 sang and told stories expressing his testimony of faith and the visually impaired people recited poems. The White Cane Day is always a good opportunity to meet with and raise awareness to the people among us who cannot see.

Becoming the Eyes for the Visually Impaired

What plans does the Ministry to the Visually Impaired and Blind have for the forthcoming period of time?

We would like to have programs not only in Budapest and Debrecen but other parts of the country as well. It would be good to reach out to the congregations with visually impaired members, and visit schools to organize retreats and sensitization programs. These are opportunities to give testimony that God has a plan for everyone. 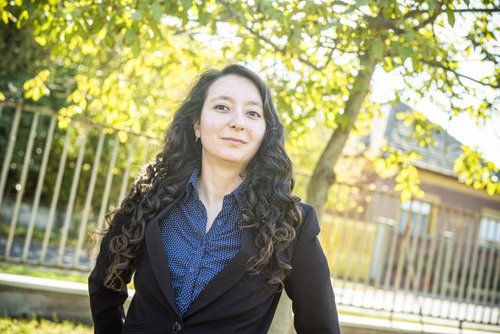 “Faith comes from hearing” - could it be a creed among visually impaired people? How can the Word of God be conveyed beyond words to them?

By all means it is essential for them, because from they receive the most from hearing the Word of God. Many of them know Braille. There are Braille Bibles. I also try to write more songs for them in braille. A visually impaired sister of ours helps a lot with that. But there are some - especially among diabetic people - who cannot learn Braille, then only listening helps. For example, I say the words of the songs before, but there are already audio Bibles, talking telephones, computers or options on the internet too. It is harder to get them out and about than the most seeing people, many times they have fear and anxiety of travel, but the Ministry car helps to transport them. When the Word of God reaches them, they come.