The number of matriculated students at Károli Gáspár University of the Reformed Church in Hungary increased again. The institution has expanded and is now waiting to welcome students in September with a new building. Rector Péter Balla also told us if he would be applying for the church elections this autumn.

This year 106,000 students applied for higher education in Hungary, 10,000 more than last year. Did Károli also notice the growth?

The number of matriculated students for the self-funded training was significantly reduced this year in Hungary. How does this influence the university?

What are your most popular degree courses? 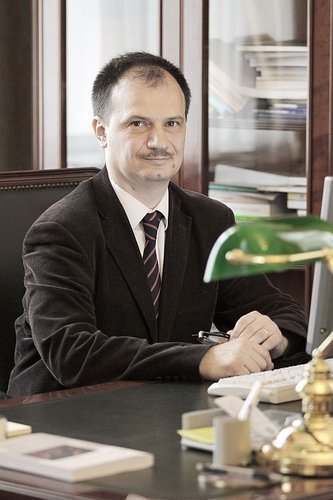 Because of the increased number of students more space is also needed. Last year there was already a discussion about a new building.

From September our students and colleagues can start using – in addition to the old buildings - the building at the Dózsa György Street which is rented from the Municipality of Budapest.

According to press information the pending report of the Government Control Office calls attention to the extremely bad financial management of the Hungarian universities. Can we get surprised also because of the Károli?

According to the independent auditor’s report the financial management of the university has been in order for several years, also we closed the last year with a surplus. Due to this, we can manage to rent and renovate the new building from our own budget without taking out a loan.

Your mandate as rector will expire at the end of the summer, at the same time there will be elections in our Church. Six years ago you applied for the post of deputy bishop in the Danubian Reformed Church District. Do you continue as a rector or do you stand as candidate again at the elections?

With the support of the senate of the university, the head of state, as representative of the university’s maintainer, extended my mandate as rector for another five years from the 1st of September. At the same time because of the coming church elections in September, I was asked by several people if I would undertake a nomination for the post of bishop in the Danubian District. This is a great honour. Primarily I am a pastor and even so I do my duties as a rector in this spirit. The bishop’s task is fundamentally a pastoral task, so my answer is: if I am nominated, I will accept the nomination.

Bishop and rector in one person?

If I were elected as a bishop by the community of the church district, I would resign as the leader of the university. We believe that the church elections are the manifestation of God’s will. Whether I am elected or not, I will accept it from His hands. In the case of the first possibility, the university community will not take it poorly that the ecclesiastical service is a priority calling for me as pastor. In the second case I will be pleased to stay in my post as rector because it means that God wants me to serve Him and my church in this office.

The legal predecessor of Károli Gáspár University was the Reformed Theological Academy of Budapest, founded in 1855, and granted University status by the Hungarian Parliament in 1990. In 1993, the General Assembly of the Reformed Church in Hungary took the decision to establish a multifaculty University. In establishing the University, the General Assembly decided to set up international cooperation programmes with Western-European (especially Dutch and Belgian), American, Japanese and Korean higher education institutions.

“Our University, in the spirit of the universitas scientiarum, aims to raise the status of not solely the Church, but also the nation, through its educational, teaching and academic work.” Péter Balla

Rector Balla has been nominated as a bishop candidate for the Danubian church district.