Is this a different year in Transylvania because of the 500th anniversary of the Reformation?

This celebration is an opportunity to consider what has happened with us, and even in the celebration we have a mission. We will examine what we did well, where we failed, and set new goals. During this anniversary year there is always something happening in Transylvania. 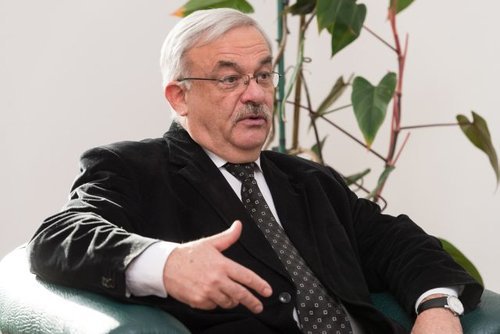 What are these new goals? In the past you have expressed your sadness at the Hungarian families who were assimilated in Transylvania.

The extent and framework of the former Hungarian world may not exist anymore, but this does not mean that we are not still a large body of believers. We need to build new fortresses and new fortifications to protect The Hungarian Reformed Church. Our main focus is on the rebuilding of the church in Transylvania

We are being careful not to show the world and especially the young people a scattered world, so we are building and developing our institutions so that the Transylvanian Hungarians know that they are safe and at home here.

Romania is not famous for being tolerant towards minorities, so the Transylvanian Hungarians cannot bring their true culture to their workplaces, show it on the street or in towns. We want every single Christian to feel protected in the Reformed Church and its Institutions. We are grateful for the Hungarian government’s support for our kindergarten and nursery program. These programs take in children starting at three years old. This is one of the the most sensitive periods in children’s lives and often in Romanian schools Hungarian children feel that they are not accepted. Besides having to learn the language, they are made to assimilate to Romanian culture.

In the Reformed Church the Hungarian people live out their own culture and hear their native language. The closing of Hungarian schools is leading to a decline in the population that identifies as Hungarian. Having Hungarian language education in this region is crucial to the continued existence of these Transylvanian Hungarian communities. 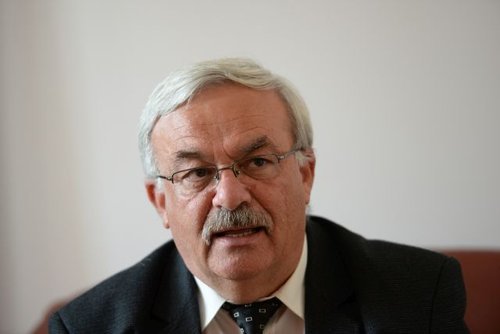 How does the Transylvanian Hungarian Reformed Church maintain contact with the Hungarian minorities living in other formerly Hungarian areas like Slovakia, Serbia, Croatia and Slovenia?

This was also part of the meeting of the General Convent’s Presidium on Friday. It is a great blessing for the European Union to provide us free transit. We are together frequently, at Presbytery, at different church bodies and theological academies. Even though the Carpathian Basin is large, and sometimes we have to travel a thousand kilometers to visit each other, we take these journeys for each other and for God. Unfortunately, the church leadership from Transcarpathia (in the Ukraine) could not be with us for this meeting because they had problems, now they are being hit with the Ukraine language law. On the other hand, it is a pleasure that we share many of our hopes and plans with the Transcarpathian church.

The Presidium of the General Convent discussed the commemoration of the Reformation of 31th October. The Central Ceremony will be in Budapest.

The Reformed Church-goes from Budapest and nearby areas will fill the Laszlo Papp Arena for this event. However, the 500th Anniversary of the Reformation will be celebrated by Transylvanian Reformed people in their homes. We, the Church leaders in Transylvania will be there, as a symbol of the unity of the Hungarian Reformed Church, but it wouldn’t make sense for all the Reformed Church members from Transylvania to travel to Budapest and leave the reformed churches in Transylvania empty. Those who are interested will be able to watch the celebration on television. This celebration is very important for us because it is about us and for us. It is a much-needed opportunity to show that we are a strong, creative, grateful community, as a tested and true Church through twenty generations. 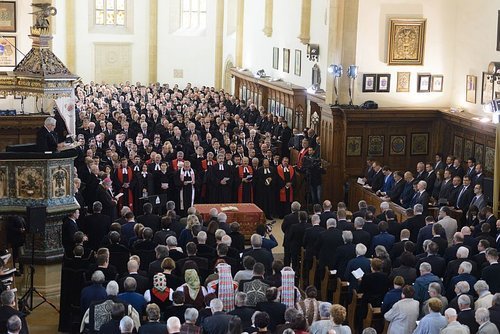 In his sermon, Bishop Béla Kató of the Transylvanian Reformed Church District cited the example of the biblical Cities of Refuge, wishing that the church will be such a refuge. “For us, the Hungarians of Transylvania, our institutions represent our refuges, places where we can preserve our native language and culture,” the Bishop said. He pointed out that the church has been expanded to accommodate a nursery school and kindergarten on the site next to it, which means that not only can the adult members of the congregation find refuge in the church, but so can their children.

After the worship service, Prime Minister Viktor Orbán gave a speech at the opening ceremony of the renovated Protestant Theologian Institute in Cluj (Kolozsvár), during which a bust of the former Transylvanian Bishop, Domonkos Szász was unveiled as well. Bishop Szász served as bishop during the last two decades of the 19th century. It was his decision to move the Theological Institute to Cluj (Kolozsvár), where it became the most stalwart and stable institution of the Hungarian Church in Transylvania, surviving many historical changes and escaping from nationalization. “All this was made possible by the wisdom of the founder, by the efficiency, faith and fidelity of the teachers, but most importantly by the protection of God. We give thanks for this protection today,” said Bishop Kató (source:MTI)