In Rwanda, reconciliation work has helped to heal the wounds of those who had been affected during the Genocide in 1994. After participating in various reconciliation workshops, the RCH Roma Mission has adopted the work of Dr. Rhiannon Lloyd to help reconciliation between Roma and non-Roma people in Hungary.

Reconciliation work in Rwanda began after the Rwandan Genocide in 1994. The International School of Reconciliation was started by a Christian psychiatrist, Dr. Rhiannon Lloyd from Welsh. 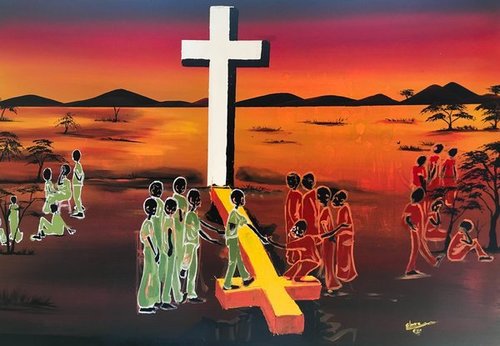 The Rwandan Genocide occurred during the Rwandan Civil War. Members of the Hutu ethnic majority murdered thousands, mostly of the Tutsi minority. Between April and June 1994, an estimated 800 000 Rwandans were killed in the span of 100 days, and millions more became refugees.

Twenty four years later, in Rwanda, reconciliation work is still taking place, and has much support from the local government, NGOs, and churches. The Healing Hearts, Changing Nations workshop is an example of such reconciliation work. With local Rwandans, Dr. Lloyd and Joseph Nyamutera, leader of Rabaginara Ministries, created the workshop with the understanding that reconciliation is only possible with God. Rwanda became a sign of hope, a light, and a testimony about God who heals and reconciles. The workshop spread, first in Africa, then to Asia, the Middle East and now Europe, and many have joined in the ministry of reconciliation.

In February of 2015, Dr. Rhiannon Lloyd came to Hungary for a presentation on the role of faith in the process of reconciliation and in the healing of wounds at the Conference titled Reconciliation among Nations. 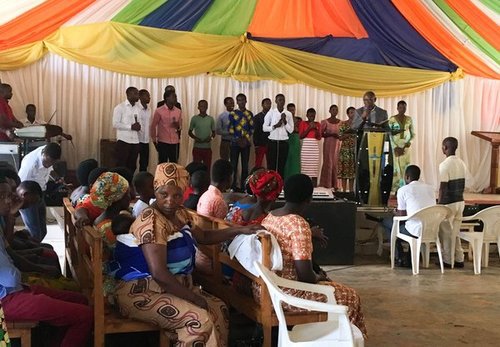 In February of 2018, Rev. Eszter Dani, head of the RCH Mission Department, and her colleagues, Ágnes Nyeső (RCH National Roma Mission coordinator at that time) and Szabina Sztojka attended the International School of Reconciliation in Rwanda, and completed the training to become trainers in reconciliation work.

In a sermon, Szabina shared her testimony on her experiences in Rwanda:

As part of the International School of Reconciliation, we went into communities to run workshops. We visited a rural village where the genocide was largest. In our workshops, we had both Hutu and Tutsi participants – victims and perpetrators. There was a moment during our workshop where people shared their pain. They wrote it down on a piece of paper, shared with another person, and prayed together. Participants had a chance to give it to God on the cross by nailing their written pain to the cross. After that, we brought the cross outside, took the papers down and burned them. It was a sacred space; as people were looking at the flames, I looked at them and I felt their pain. Participants were then invited to lay flowers in the ashes for those loved ones they never got the chance to bury. People started to gather and tell stories about their loved ones, how they died or saw them for the last time, and of the children they could not protect. The pain was unbearable, even after 24 years. Then we stood in a circle and prayed for hope in God to trust him that he can bring beauty out of our ashes and pain. I was standing between a victim and a killer; I was holding their hands and praying for them. Some hours later we were inside again, and a man was standing in front of the whole room. The rain was loudly pouring outside, but that was the only sound, because the whole room went silent. The man started speaking. The words he spoke were the truth that everybody has already knew, but it needed to be said. During the genocide, he was a Hutu, killed so many people in this village. “I have asked for forgiveness from many but there is someone here, a woman, and I killed all her family, nine people,” he said. “I am asking for your forgiveness. I did awful things. Because of me you are alone, you have no one, and you lost everybody. I am begging you to forgive me.” The lady stood up and shared that she indeed lost all of her family because of this man. She hated all Hutu, they destroyed everything. But this day, because of God, she could forgive him. She hugged him and he sobbed on her shoulder. (Read the full sermon here)

In June of 2018, among others, three Hungarian participants, RCH local pastors and long-term volunteers of Roma Mission attended the Euro-Asian School of Reconciliation in Moldova, at which Szabina Sztojka participated as a trainer. 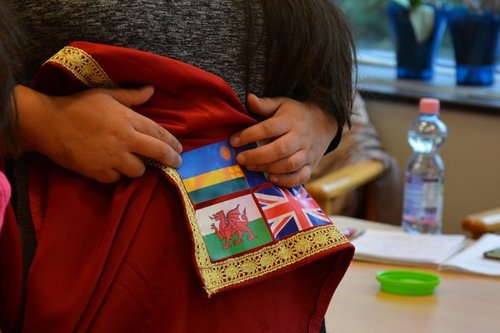 The two trainings in Rwanda and Moldova made it possible, for the first time, for the RCH Roma Mission to organize a multi-day seminar in Hungary with local trainers. The first seminar was held 19-22 October 2017 on the Dorcas Center and Camping Grounds in Debrecen, where Roma and non-Roma participants from within and beyond the Hungarian borders spoke of their grievances, and lay them down at the cross. Since Jesus laid down his life for us, in Him, we are only human who have gained new life through the forgiveness of our sins.

During this seminar, differences in age, education, life experiences or region disappeared, and those who attended the seminar unanimously expressed that these three days were one of, if not the most, memorable experiences in their lives.

One of the participants at the training in Debrecen recalls the event:

“Growing up as a non-Roma child in an authoritarian, moderately racist family, my father was convinced that there were exceptions among Roma too. Although we are still living in the Roma slums, my first real contact with a Roma person was at a Reformed youth group in my town. Even before I became a Christian, I tried to not give in to this kind of discrimination, but after my conversion, I believe that we are all God’s children.

The impression my family made, though not as obvious, still had an impact on my way thinking despite my efforts to distance myself from these kinds of thoughts. As if they were not my own feelings, I closed myself up by building a strong, high wall. The days spent together [at the seminar], working together and through the power of the Holy Spirit, allowed me to tear down the wall. As a Christian, I often feel like it’s hard to work on these thoughts and feelings because we know Jesus’ word to love your neighbor, but out of fear of shame and condemnation, we do not admit these thoughts and feeling hidden behind wall, even to ourselves.

During the seminar, I was surrounded in an atmosphere of security, acceptance and love of the Father, that it inspired me to fully open up so that I could ask for forgiveness for my sins, and I was granted forgiveness through Jesus’ sacrifice on the cross. After that I felt so much lighter, I could finally put down this burden, the Lord had relieved me. While I was freed from this shame I received so many new things in return.

As a daughter, my father’s support was especially important to me, but we did not fit together, maybe because of the above mentioned reasons, so I grew up without his support. That has always left a void deep in my heart, although for the longest time I had no idea where this feeling of abandonment came from. Throughout the seminar, I was able to face these wounds as well; the group discussions and things others have shared helped a great deal in the healing of these wounds. On this occasion I felt, physically too, that the Father welcomes me with open arms and in his loving embrace I could freely cry at any time either from joy or from sorrow. These were decisive moments in my life, I learned and experienced a lot, I am grateful and thankful to the team and above all, to God.” 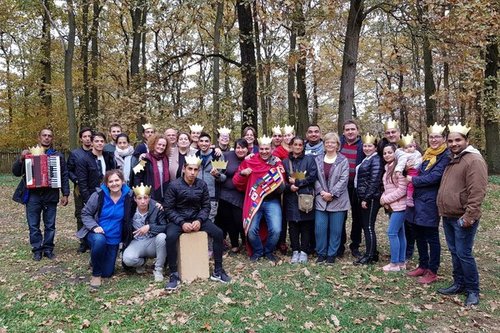 Reconciliation services will continue in 2019: The RCH Roma Mission is organizing another seminar on the 20-23 February, after which a training will take place between the 25th February and 1st March.

Via article by Attila Dezső and reflection from Szabina Sztojka