It has been a long, complicated road to elect a new Bishop for the Reformed Christian Church in Serbia (RCCS), but the voting process is almost complete and they are one step closer to an official announcement. Béla Halász was elected with 23 votes to 14 over Attila Orosz.
István Csete-Szemesi the former Bishop of the Reformed Christian Church in Serbia has reached the Bishop's retirement age of 75 on 2 October, 2012, and must say farewell to his old position. During the last election in 2010 the RCCS' Synod Council changed the Church regulation by extending the retirement age from 70 to 75 for Bishops, allowing Csete-Szemesi to remain in his office until 2012.

Ultimately, the time for an election came and the responsibility of voting fell on church elders from each congregation. These leaders could pick from two nominated candidates, Béla Halász pastor in Hertelendyfalva (Vojlovica) or Attila Orosz, dean of the Bacska presbytery. Ballots were filled out by the elders and then mailed in to the Presidium Office of the RCCS, according to the rules of the election process.

Originally the Synod Council called for the Voting Committee to open the cast ballots and announce the result on 18 December 2012. However, this process was delayed when the Presidium, Bishop, István Csete-Szemesi and Lay President Imre Hallgató withheld the voting envelopes from the Voting Committee, effectively halting the election process. The Presidium claimed there were questionable voting processes held in some congregations.

Several steps were taken in order to resolve this issue. On 5 January 2013, the Synod Council overwrote the regulation and Synod decision saying that now the Voting Committee could only open the envelopes after the elders in each congregation sent in a report containing the official minutes of the local elections. The congregations had to send in this report for their votes to be considered valid. The Synod Council also announced that the next meeting of the Voting Committee was set for 12 January.

A closed meeting was held where the envelopes were opened, the ballots were counted and a successor was determined. However, the Church's rule on the voting procedure requires an appeal period of 15 days from the time the voting envelopes are opened. Thus, at this point, the Voting Committee has not officially announced the name of the new Presiding Bishop, but word has spread through participating congregational delegates that Béla Halász received the majority of the votes from the congregations. 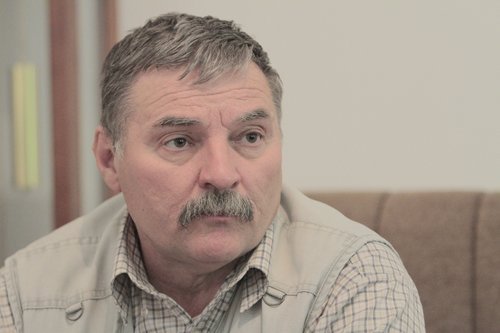 Halász was born in Zombor in 1955. He and his wife have five children and four grandchildren. He studied theology in Budapest and has been serving in Hertelendyfalva for 24 years, but before that he served in several Diaspora congregations throughout Serbia. Halász is a member of the Church Constitution Committee of the General Convent of the Hungarian Reformed Church as well as a member of the Synod Council of the Reformed Christian Church in Serbia as a mission consultant. He thinks that his church in Serbia needs a spiritual renewal.

"We need to strive for [spiritual renewal] to become more and more a church whose life is based on the Scripture. If we walk in love and faith, it will produce more spiritual fruit, and this is the basis for other growth and development," he said.

His other aims are to strengthen the connection and relationship within Serbia, the Carpathian Basin and internationally. He believes that the church needs to care for the entire Serbian community, including families, children, youth and elders. Halász also wants to renew the religious education with the use of a new, up-to-date religious education book for Church schools that will help standardize education throughout Serbia.

When asked about the voting process, Halász said, "Today we saw that the Hungarian Reformed people in Serbia stand up for legitimacy and decide to follow Synod decisions and Church regulation."

He then added, "This result represents the real decision of the congregations, one that no one can question."

The census last year in Serbia counted 40,000 fewer Hungarians than the previous census ten years ago. Out of the 251, 000 Hungarians, 5% (approximately 12,000 people) claim a Reformed religion. They are the descendants of those families who in the 18th and 19th century moved from the Great Hungarian Plain and Bukovina to the southern region of Hungary, hoping for a better life. The Reformed Christian Church in Serbia contains two presbyteries, Bačka and Banat. Its members belong to 13 congregations. István Csete-Szemesi has been leading this small community since 1997.