Three years ago, on 1 February 2013, Béla Kató, Bishop of the Reformed Church District in Transylvania (Romania) was installed as Bishop at the church of the Farkas Street in Kolozsvár (Cluj). The RCH recently talked with him about many things that have happened in the last three years, like the problems of his district, the implemented steps to fix these problems, and the plans for the near future. He speaks of approaching everyone with love in order to work towards a world where religious and cultural values can be passed down to future generations.

You’re halfway through your term of service. How would you evaluate this period now?

There are several viewpoints we can use to evaluate the past period. Firstly, we can look at how the people or the community thinks about themselves, and secondly, we can see how the outside world accepts the community. Also, there is a third way which is the only right one, the only one which deserves our attention: how God sees our service. If I have to sum up the last three years I would say that it was terribly hard. Our church and society have to deal with huge changes and challenges; things happen daily that require constant stability and the only way to see these through is to get power from God. After many attempts and searching for the right path, I would say that we had results and successes too. Naturally, these successes are the result of the common work of the community, not just the bishop who helped them along. I am trying to realize and act in the spirit of the message that I delivered at my inauguration ceremony. At that event I preached about the miraculous catching of the fish [when Jesus encourages Peter to toss his net into the water and catch the bounty that awaits]. I have been determined in my program to take the net when I could, because the Lord is with me. I really feel that this net taking habit is noticeable: we didn’t say no to anything, we didn’t lose anything, even the ’fish-catching’ is on-going. We dealt mostly with the children and the youth. Our other aspect is to secure preaching at each congregation, even if the smaller settlements can barely afford it. This means we don’t put an end to the ministerial posts, though there are a lot of congregations that are overburdened at times.

You recently said that, “The most important activity of my bishop service is to maintain and organize the communal spirit.” What have you done for realizing your mission?

I am trying to strengthen and maintain the power of cohesion in our community. I have made truthfulness a priority with all of my fellows, which is necessary for a sense of human togetherness. I attempt to approach everyone with love so as to not close anyone off from the community, but there are religious laws that must be followed by all. Of course, the main aim isn’t the legalism, but the counseling and the solution finding that are done with love. 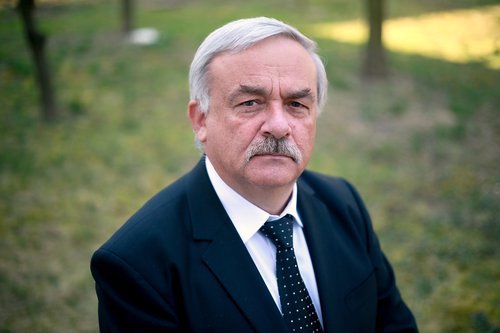 The foundation of traditional Hungarian society was the peasantry living in the countryside. However, migration caused by globalization has mostly destroyed rural congregations in these areas. In the cities, believers can easily get lost and community life takes a back seat. How do you think this issue could be solved?

Our previous experiences show that the headcounts of those living in villages are decreasing while the number of citizens living in urban areas is growing; that’s why we have to strengthen our urban missions. In this year the bishop visits will focus on this issue. After deep discussions with community members, we visited the towns and we expect that we could determine further tasks which could help in reforming the situation. I think that the villages which are near to towns, with a little attention, could be a viable long distance option for those in town. Without any preliminary survey, we could say that, whether it is a village or a town, the only way to keep a community together is to have missionary-minded, service-focused fellows in it. If we stay neglectful to those who have spiritually lost contact but are still believers and if we know our congregation only from the view of the pulpit then in the end we will still be unsuccessful. As more and more people move to the cities from the countryside, we need more and more churchman to serve there in parallel with the growing population. The urban presbytery has to recognize that the pastor is not capable of solving everything on his own. We have to find those sources that can assist to gear up the fellows who will find the congregation members who lost their connection to the church. For instance, the congregation should be responsible for just some families, instead of being responsible for half of the town. The church lives when all of the cells are moving, living and working together. Nowadays, the only way to remain in a reformed belief is to make and keep a connection with an ecclesiastical institution.

What are the priorities for this year?

Youth ministry are still front and center. We are going to renew the Reformed College of Marosvásárhely (Târgu Mureș) and we would also like to finish the restoration of College of Kolozsvár (Cluj) and Nagyenyed (Aiud). Besides this, there are plenty of plans to make the preaching ministry more modern. We are preparing for the celebration of the 500th anniversary of Reformation. We would like to hold the Unity Day of the Hungarian Reformed People at Kolozsvár (Cluj) on 22 May. We expect that we could finish the renewal of the College of Kolozsvár (Cluj) by this autumn, and at the end of the year we would also like to launch an ecclesiastical museum. In a specialized program we summarize the church’s cultural and historical values which will be the basis of the museum, which I mentioned before. We will also commemorate the 60th anniversary of the Hungarian Revolution of 1956. Lastly, I also hope the summer camp of Sovata will bring thousands of youth together in a place where the events will help develop and strengthen a feeling of unity among all.

Romanian security services have determined that Hungarians and their desire for autonomy are a national security issue. Due to this, state institutions, even the judicial system, take a different approach with the Hungarians living in Transylvania, Romania and treat them differently than the other citizens. How does this problem affect your church?

We don’t really know what the purpose of the Romanian security service with us is. It is a fact that these decisions and the way we are treated differently affect us deeply in an emotional way. But we can’t step back, we have to keep moving forward on our road which links our ecclesiastical identity with our nationality. For this reason we have to fight our battles to strengthen these relations. Obviously, an outsider could see this as a risk factor, but we don’t have a warrior intention. We don’t go out and fight against somebody, we just want to protect ourselves; that’s why we shout out, that’s why we are trying to ask for help all around the world. We want to make people understand that we would like to keep and pass on our cultural and religious values to the next generations – that’s all.

What plans would you like to achieve before the end of your term of service?

I would like to hand over the church district with renovated and operable ecclesiastical institutions, which is essential for us. We would like to create an ecclesiastical structure which would be viable in the future and would eventually become self-supporting. Beside pastor trainings, the qualification of the elders and the chief elders is also important because we have to prepare the church for a time when there won’t be enough pastors in the congregations in the near future. I would also like to strengthen our relations with the Hungarians of the Carpathian Basin and Hungary. Finally, this “family” has found itself and we should not lose this connection. Of course, I would like to give an answer to all of the problems which might come up in the next period in our church district and Transylvanian Hungarian people’s life.