RCH was present at CEC conference in Malaga, where populism and human rights were in sharp focus. forming a common understanding of how European church actors can counter populist discourse and work together for cohesion and tolerance. Read the Press Release of CEC and the closing statement of the conference below.

Issues related to populism and human rights were explored in depth at a conference in Spain, forming a common understanding of how European church actors can counter populist discourse and work together for cohesion and tolerance.

The conference titled “Alternative to Populism from a Human Rights Perspective” was held from 17 to 19 October at the Ecumenical Center Los Rubios in Malaga. Organised by the Conference of European Churches (CEC) and the Spanish Evangelical Church the event brought together 40 participants from various churches and religious communities.

Speakers identified anti-globalism, anti-elitism, anti-pluralism, and the rise of a new “dictatorship syndrome” in politics as key elements of populist policies. Participants expressed concern over the populist narratives using the notion of “us” versus “them” that creates divisions based on religion or belief, thus deepening the rift between different groups in society. They expressed the need for mainstream parties and institutions to take seriously the fears and anxieties that drive many people to listen to populist ideas, while emphasising the need to more actively promote religious plurality and human rights for all. 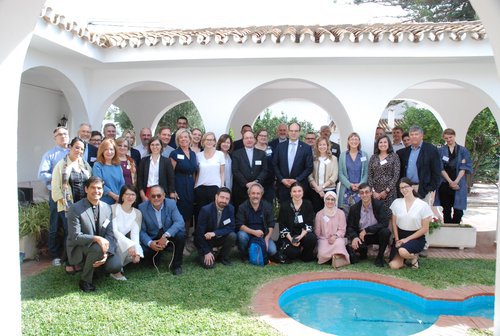 At the outset of the conference, the UN Special Rapporteur on Minority Issues, Dr Fernand de Varness said: “In Europe there is a trend of increase in hate speech and hate crime against religious minorities.”

Presentations and discussions focused on how to combat hate speech and hate crimes against religious believers and communities.

CEC President Rev. Christian Krieger said, “Witnessing the Gospel as a message of love and trust in God and humanity is one of the ways for churches to deal with it. The Gospel calls us to a pressing need for advocating human rights for all, standing up for each other and for reaching out beyond our own community.”

In highlighting the importance of listening to each other, trying to understand and accept different position, promoting the value of every individual and respecting the dignity of all people, the conference urged religious communities to work against prejudices and towards togetherness. The participants recommended that CEC continue its reflection on populism and human rights through its Thematic Group on Human Rights.

“In many European countries churches have a unique position and unique opportunities to counter populist thought and action,” reads a communique issued by the conference participants, outlining the main findings of the event.

“They can contribute to awareness raising to the dangers of populism by engaging a silent and possibly disinterested majority of people in the fight for democracy and human rights, and by helping to prevent the fearful and disoriented from falling into the traps of authoritarian, illiberal ideologies. ‘Have hope, not fear’ is a genuinely religious message – and one so urgently needed in our unsettled world,” it reads. 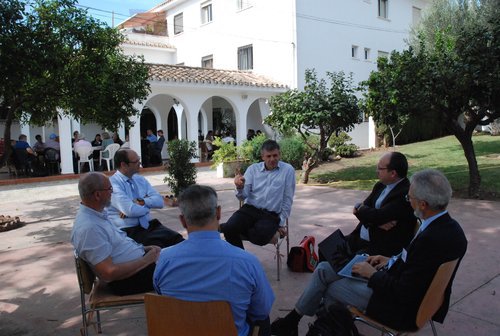 RCH was present at this conference of crucial interest for Cristians around Europe. Balázs Ódor, ecumenical officer of RCH contibuted to the consultation reflecting on the Hungarian situation and stressing among others that „nothing is black and white. Even if you are committed to selling lies, out of conviction or interest, you will tell some truth. We disciples of Christ have to recognise that the Christian narrative of liberating truth is at stake today in Europe. The challenge can only met and answered by Christians coming together from all corners of the continent. This is our common task – to at least help each other mutually articulate the dynamic and transforming truth of the Gospel, so that Europe is presented with a Christian voice that brings together east and west.”

Full text of communique: Have hope not fear! Responses to populism from a religious and human rights perspective