The Hungarian Reformed Church Aid (HRCA) is joining the HEKS/EPER and FMEEC collaboration in support of the Sunday school project in Syria. In light of the recent partnership, the HRCA launched a communications campaign to invite Reformed congregations to dedicate an offering to the Reformed communities in the Middle East. 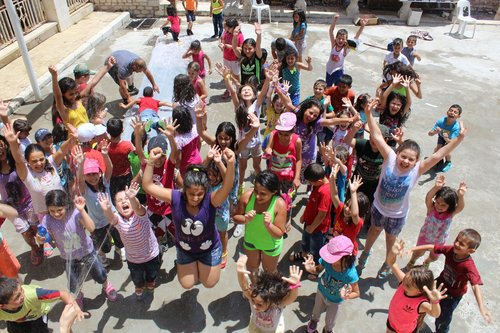 Setting an example, on the 31st of October, the congregation of the Great Church in Debrecen dedicated their offerings to this project. Thanks to the generosity of the members of the church, the amount of 700 000 HUF (approximately 2 246 Euros) will be donated through the RCH delegation to the Reformed partner churches in the Middle East. 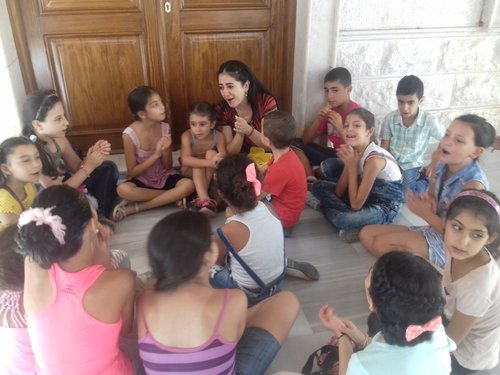 More than 470 000 people have lost their lives and 117 000 have been displaced since the beginnings of the Syrian civil war in 2011. As of 2016, 6.5 million people are internally displaced, and more than 4.5 million Syrians have fled, with neighboring countries now struggling to cope with one of the largest refugee exoduses in recent history. Out of 15 million refugees globally, the Syrian Civil War has produced 6 million refugees.

The Sunday School Project in Syria, initiated by HEKS, continues to provide love, support, and commitment to the children in the programs. The project is no longer referred to as “Sunday school” because of the growing number of activities and services provided – not only on Sundays. A special training focused on working with traumatized children was provided in August and in most churches, psychologists attend, observe, and speak to the children regularly. Currently, 1 500 children and 155 volunteers are part of these programs. 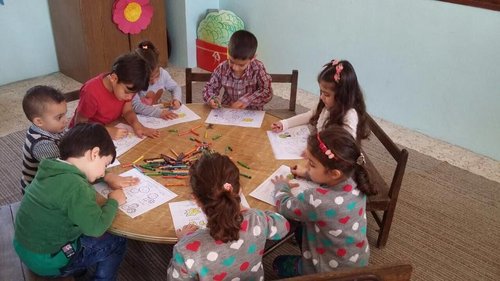 Iazdieh is a small village where many Internally Displaced People (IDP) have found as their new home. The Sunday School Project provides activities and services to 70 children, many of which are IDP, and in the summer, there are more children from abroad coming back to take part in the activities provided by the project. The project provides services, not only to their own children, but also to those from the Greek Orthodox Church and about 10 non-Christian children.

In Aleppo-Betel, a local volunteer, a 5th year medical student who had visited the Starpoint Youth Festival earlier this year, reports that besides the weekly programs, Aleppo-Betel holds a 5-week summer camp, teaching languages, playing games, etc. Because the majority of the children have been traumatized by the war, the project also provides spontaneous moments for the children to gather, giving them a space to pray. 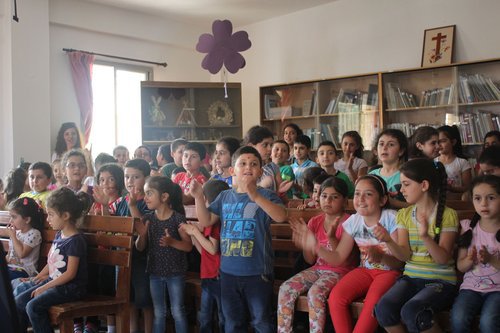 Latakia is the biggest church of NESSL in Syria with 1 000 members, 250 of which are children. Before the war, only the children of the church members attended the programs, however, now there are many children of other religions participating in the programs provided. With the increasing number of children wanting to take part in the programs, the church arranges eight busses to take the children to and from the programs. In order to share more activities and services to their children, they are now praying for a new playground. 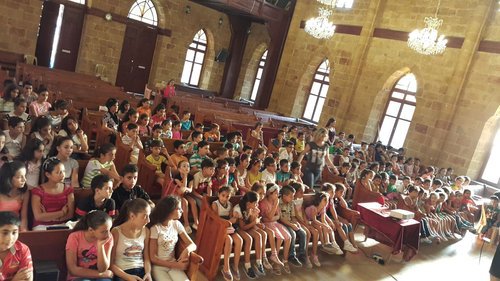 On November 23, in the season of Advent, after the General Synod meeting of the RCH, an announcement on the campaign for the Sunday school Project in Syria will be made in dedication of the RCH in showing support of our Christian brothers and sisters in the Middle East.