On May 11, 2016, members of RCH Synod met for the first time in the new year to discuss the legal recognition of the Scottish Mission in Budapest, as well as other topics such as youth gatherings, an updated translation of the Second Helvetic Confession, and the Reformation Jubilee.

Many exciting things were on the agenda for the May 2016 RCH Synod meeting, including strengthening ties with the Scottish Mission in Budapest, reports shared about various youth activities, an update about the new translation of the Second Helvetic Confession, as well as more details about the upcoming Reformation Jubilee. 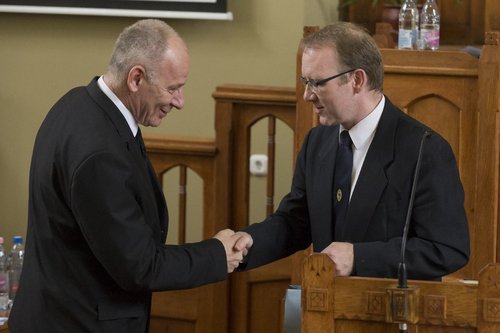 Throughout the history of Hungary, the congregation known as the Scottish Mission has been keeping and upholding a close relationship with Hungarians and also with the Hungarian Reformed Church since its foundation in 1841. The Scottish Mission established a school and planted a congregation with the aim of carrying out more efficient diaconal work, and after the recognition of the lack of health care for foreigners in Hungary, they also founded a hospital named “Bethesda.” Furthermore, the Mission maintained an intensive Christian colportage in Hungary. In 1865, the Bursary Programme of the Church of Scotland was opened for seminary students in Debrecen and Budapest. Thanks to this relationship, which is still strong, the Hungarian students coming home from Edinburgh started serving at the Mission’s congregation, located on Vörösmarty Street.

In 1990, at the time of registration of churches, the Scottish Mission did not even consider applying to become an independent church, although it was attached legally to the Church of Scotland. During its 175-year-long history, the congregation has always belonged to the current Hungarian Reformed Church Community. That is why it has been enrolled on the official list of RCH congregations as the “Budapest Reformed Scottish Mission,” and it was also registered at Metropolitan Court. At the same time, the congregation is still member of the International Presbytery of the Church of Scotland.

Due to the Agreement between the two churches in 2006, RCH expresses its formal relationship to the congregation through appointing and co-financing a part-time associate pastor. Today the Scottish Mission serves as an international congregation preserving its reformed identity – it has become a spiritual home not just for Hungarians, but for international students living in Hungary, businessmen, diplomats and refugees forced to leave their homes. 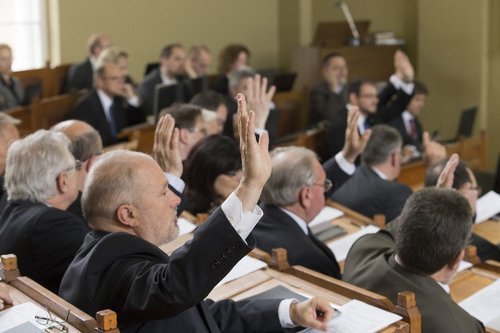 The Scottish Mission has always been connected as a congregation to the RCH, but with the important legal steps taken today, it is now an official congregation, 175 years after the founding of the Mission.

As stated in the draft resolution put before the Synod, “Based on the modified second clause of the Paragraph 13. (1) of the II. Act of 1994 on the Constitution and Governance of the Church, the Synod acknowledges the Budapest Reformed Scottish Mission Congregation (in English: St Columba’s Church), supervised by the Church of Scotland (CofS) and integrated into its International Presbytery, as the congregation of the Reformed Church in Hungary.” (Here you can read the full resolution voted upon by the RCH Synod.) The Budapest Reformed Scottish Mission Congregation is now recognized as a mission congregation through this resolution, with particular emphasis put on the mission being embedded into the structure of presbyteries and districts and also acknowledging the confessions of the church and its constitutional order. Elders and congregation members of the Scottish Mission were present to experience this historic event. 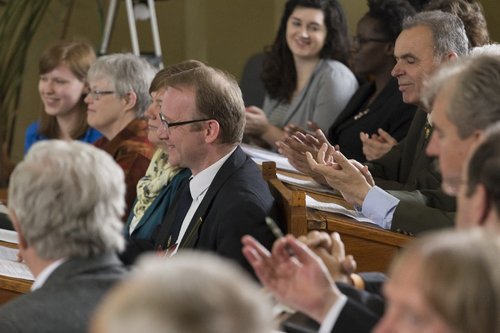 Delegation of the Scottish Mission at the Synod Meeting

These legal changes are part of a wider 2016 celebration of the 175th Anniversary Jubilee of the Scottish Mission in Budapest. The bulk of the celebration will take place September 17 and 18 with worship on Sunday, a weekend exhibition, and a visiting delegation from the Church of Scotland as well. Part of this year of celebration is a forthcoming interview series with past and present ministers at the Scottish Mission, delving into what made their time in Budapest so pivotal.

Another topic which was discussed is the fifth RCH Youth Assembly that took place from April 22-23 in Budapest. Fifty five delegates from the RCH’s secondary and higher education institutions, university congregations, and youth organizations looked for an answer to Luther’s question, which was formulated five hundred years ago, “How can I find the merciful God?" Their final declaration, drafted at the Assembly, was then shared by Rev Szabolcs Szontagh,the Youth Officer of RCH with the wider meeting of the RCH Synod. 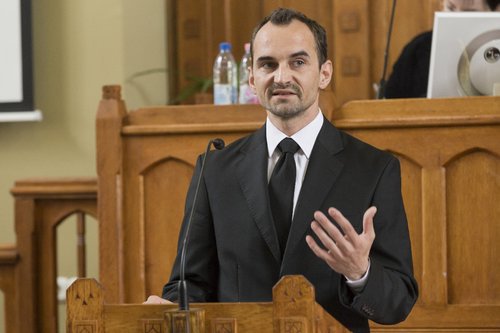 In addition to this, a report about the Starpoint Youth Festival was also shared. The international festival is organized by the RCH every two years to bring together the youth of the RCH, as well as a selection of Reformed youth from abroad, including those from 15 WCRC member churches. The theme of the conference last July was “I Trust You.” Delegates spent the week contemplating trust in their peers and family, in themselves and strangers, and, above all else, in God.

An exciting update was given in regards to the Second Helvetic Confession. To celebrate the important theological impact of the Confession, its text was published in 2010 in the ‘Heidelberg Catechism and Second Helvetic Confession’ and an updated translation, building on the 2010 version, is on its way. This new translation will be ready for the Reformation Jubilee, and Synod members were pleased to hear a report about as well. 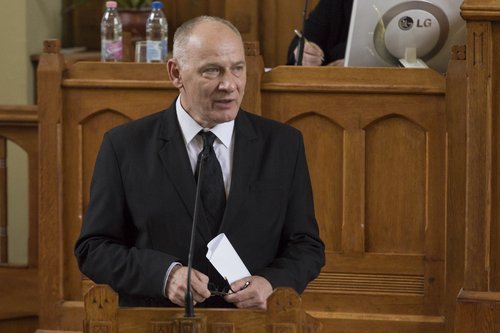 Plans for the 500th anniversary of the Reformation include exhibitions, an online Protestant encyclopedia, academic conferences, and various cultural programs – the biggest of which will take place in Debrecen, selected as a “European City of the Reformation." The city of Debrecen will take part in two international ecumenical programs and offers various activities to learn about the history of this important city. The City of Reformation Program, organized by the Community of Protestant Churches in Europe, has awarded 31 impressive cities with the title, including Debrecen. The city was a significant figure in the 16th century Reformation, has a distinct European feel, and is easily accessible for visitors from all over the continent to come and enjoy its history. Debrecen is also a part of The European Roadmap program, under the organization of the German Protestant Church (Evangelische Kirche in Deutschland), which seeks to capture the many voices of the Reformation through a cross-continental trip with stops across Europe that were vital to this transformational time. A waystation will be located in Debrecen with information about the city's significance and a storymobile will visit in January, 2017 to take visitors on a Reformation journey.

Many things are happening in the life of the Reformed Church in Hungary, and this spring’s Synod meeting was a wonderful opportunity to hear about all the various facets of church life. Not only is the Synod a way to celebrate all that has happened in the life of the RCH, but it also gives a glimpse of what exciting things are to come.