This article contains some of the most thought provoking excerpts from a two-part interview with Pál Nagy, historian and scientific consultant at Szent István University in Gödöllő, Hungary.

We don't know why Roma spent such a long time migrating before they settled in Europe, and it is also a question where exactly they come from. Is it important to trace the origin of Roma all the way back to India?

This question highlights the problematic status of Romology in Hungary. Certain researchers such as Judith Okely, Aparna Rao, Rüdiger Vossen and Donald Kenrick have already opined in their scientific studies that the traditional, linear theory of Roma' Indian origin has to be reconsidered. Each author placed the question in a different light, but they more or less came to the same conclusions. The vast majority of Hungarian Romologists refuse to consider the assumptions which seem to support the theory that not every Roma group originates from India, and that the once existing linguistic unity of the groups coming from India does not necessarily refer to a social unity. I strongly agree with Okely, who believes that part of the Roma population was originally non-Roma, but as a result of a structural change in society, in the Early Modern Age they became Roma.

Without discussing the details of the myth surrounding Roma, could you share some of your thoughts relating to the common belief that the history of Roma in Hungary is technically speaking a narrative of constant persecution?

This view, together with many others, belongs in the group of ideological constructions. It has been a trend among Hungarian historians to mix the history of Western European and Central European Roma, even though the two are very different. For example, it is wrong to suppose that a several-hundred-year-old migrating experience is an essential element of both. In Central Europe, instead of migrating, the life of Roma has always been characterised by a unique coexistence with society. In Western Europe, however, feudalism existed in a different form. Roma did not have the same opportunities in economy as in Central Europe. This generated the distinction between the two groups, namely, that Western European Roma always kept their economic independence, whereas in Hungary they became part of the proletariat. In Hungary, from as early as the 15th century we know of some Roma individuals who settled in cities and became part of the proletariat. Of course, there were some groups which still migrated to some extent, but this was not a significant tendency. 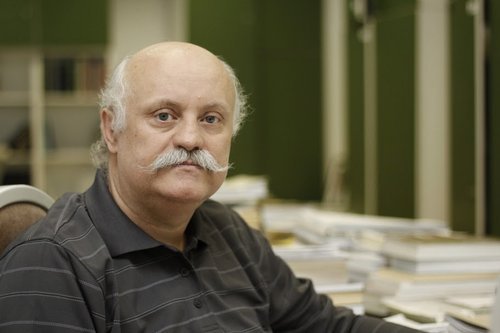 You have mentioned before that in your opinion a Roma conquest as such never took place in Hungary. Still, is it possible to know how many waves Roma arrived in?

Some Hungarian historians think it necessary to create some kind of a national history for Roma as an effort to make them "equal" to other nations. It is very important to understand that the Roma have never joined together to form a uniform nation, however much we wish to stick to this assumption. The need for unity was voiced most strongly following the 1971 Roma World Congress, and it was in order to fulfill this need that a "proper" history was created for the Roma, which included the idea of an Ancient Home, a migration period, a conquest and some references to world history. The traditional view, according to which Roma groups appeared in Hungary in three major waves is simply wrong. I firmly believe that quite a significant part of the Hungarian Roma population, much like in the United Kingdom, was formed as a result of structural changes in society. In the 17th century, the idea of mixed marriages became more and more common, which resulted in the fact that the number of Roma began to grow.

The prejudice against Roma partly generates from the belief that they come from India, not from the fact that their living conditions are hard.

People who have more insight into the problem are well aware of the fact that there are some misconceptions about the situation. It is generally believed that in today's Hungary a line runs between Roma and non-Roma, the distinction being that non-Roma can improve their life conditions, whereas Romacannot. This is not at all what Hungarian society looks like. Considering the past twenty years, we see that the Hungarian Roma population has undergone considerable differentiation and polarisation. The consolidation of middle class and a number of individuals becoming underclass are the most extreme tendencies. Iván Szelényi and János Ladányi have emphasized time and time again in their academic works that the underclass is not identical with the Roma. Instead, a significant majority of Roma have found themselves in an underclass situation. Therefore, the term "underclass" does not automatically refer to Roma, and the word "Roma" does not fully cover the term "underclass". Unfortunately, social thinking in Hungary has its own deformities. As the country has undergone some changes – which brought about a different value system – certain phenomena have occured which are more likely to belong in the socio-psychological category. Some Roma and non-Roma are finding themselves in an underclass situation, that is, in such a hopeless state from where there seems to be no escaping. When the above mentioned deformed thinking of society is practiced, certain rules are applied to Roma only. In the case of Roma, we tend to talk about what is problematic and conspicuous. 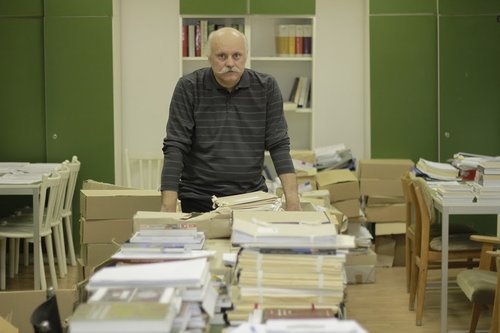 In the course of Roma history, social mobility was occasionally the reason why Roma ceased to be identified as Roma. Is it possible to find historical references to such phenomena?

It would be interesting to examine the history of Hungarian Roma intellectuals regarding this matter. It is commonly thought that the group of Roma intellectuals as such was never able to exist for very long. In the 1893 census very few Roma intellectuals were recorded. What is the reason for that? From only sixty years before, another important source mentions the fact that there were more and more educated Roma in the country. How did most of the Roma intellectuals disappear in the course of sixty years? Evidently, social mobility and social ascent simply caused people to cease to be Roma. Indeed, there was always only a small number of educated Roma in the country, but more of them became intellectuals than the actual records indicate. Their small number shows us that as soon as they reached a higher level in society, they ceased to be Roma. We see the same tendency in the 50s: the county councils were constantly looking for Roma intellectuals, hoping that they would assist the authorities in cooperating with other Roma. Some Roma intellectuals were found, but these individuals refused to accept the fact that they were of Roma origin. Another, slightly different example is the Roma of the Szeged area who refused to be called Roma in the 18-19th century. Earlier, in the 1770s Augustini ab Hortis mentioned in his own document that the Bräsch would not want to be associated with other Roma groups, what is more, they did not refer to themselves as Roma.

What exactly is a Vajda and how is his position interpreted nowadays?

The etimology of the word "Vajda" is slightly controversial, but the term itself refers to a person assigned to be the leader of a Roma group or settlement. This position played a major role in earlier Roma history. Now there is a nostalgic longing for the revival of the Vajda title. Some believe that the Roma need to be provided with leaders who can represent their community's interests, thus serving as mediators towards non-Roma society. This idea, however, ignores the fact that a well-established, functioning local government already exists, and this government is none other than a modern form of the Vajda system. Reviving the Vajda system under the present conditions might even cause some harm. It would be more favourable for Roma communities to keep a minority government functioning. This will potentially stop the disintegration process of small communities. Unfortunately, however, the local government system does not function as effectively as it should, which explains the nostalgic longing for the Vajda system. It would be more beneficial for these communities if they put some more effort into developing their presently working local government, even if it means that they might need some help from outside.