The National Roma Mission Conference happened in Berekfürdő between October 6th and 8th.

The National Day of mourning (the 6th October) and Roma Pride both fell on the same weekend, and both meant a lot to us. We spent a lot of time in practical preparation for this important holiday weekend that we spent together at Berekfürdő. Many of us got up at dawn, we took time off of work, or got a passport just for this- because Roma communities came from Hungary, the Slovakian Highland, Partium in Romania, and Trans Carpathia in Ukraine – to nourish each other in faith, learn from each other's mistakes, to enjoy the presence of God together, to hear the Word of God proclaimed, and to sing praises - this is what Rev. Ágnes Nyeső, the coordinator of the National Reformed Roma Mission, spoke about in her opening remarks to the crowd of over 100 participants.

Out of the water

After arriving we were primed for the weekend by hearing Tamás Tóth's sermon. The hospital and school chaplain in Sátoraljaújhely plays an active role in the local Roma Mission. On the first night of the conference, he started his sermon “let us go to Jesus," and we did. There is an anecdote I've never forgotten, maybe it's worthwhile to share it here: on a cruise ship there was a little boy whose puppy fell into the sea. He asked the captain to stop, but was told that a rule prohibited stopping the boat for a dog. ‘And if a person falls into the water?’ The boy asked. ‘That is different, of course, we would stop,’ replied the captain. The boy, without thinking, jumps into the water next to the dog, and so both are saved. Likewise, that's how we're brought out of the water. 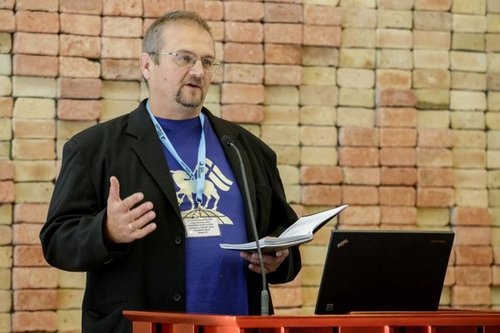 As Friday night ended with the Word, Saturday morning started with it. In the evening we were strengthened in the assurance of our redemption, and in the morning we received instruction on the process of sanctification from Leviticus 11:44 "For I, the Lord, am your God: consecrate yourselves and be holy, for I am holy. "Another anecdote that is hard to forget: if we miss a meeting and make the excuse: “sorry I did not get here on time, I was in a head-on collision with a truck,” – we will probably not be believed if we are sitting at the table in a well-groomed shirt. If we face a frontal collision with Jesus, the effects will surely be seen in us - this is what we call sanctification. 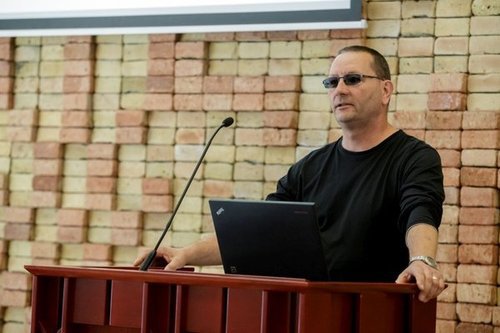 After the sermon, we listened to Joseph's testimony: a man who had been liberated from alcoholism by his wife and the Alcohol Rehabilitation Ministry. After he converted the man’s life changed and his relationship with his wife and his children was also transformed. He began to go to the local Reformed congregation, and while, at the beginning, he had some difficulties fitting into the community, over time, when the others saw the lastingness of the changes in him, they accepted him and he became an active member of the community. I know that for my Roma brothers and sisters this is a familiar feeling: when they appear in a congregation, other congregants do not sit by them, even accidentally, and no one will speak to them. 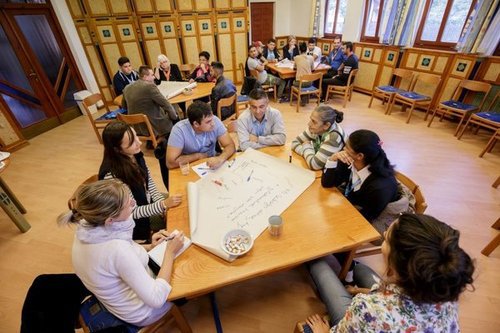 At the group discussions about the main topics of the conference, including congregational life, service, and the hardships related to these it was brought up that both within and beyond the Hungarian border a general problem in the churches is that if there are Roma there, the majority of the congregation is passive, and it is difficult to integrate into the community when no initiative is taken. In many cases, the Roma are not trying to integrate either, and are more interested in home Bible studies. The kingdom of God, however, is not about comfortable separate apartments, the Word warns us: "live a life worthy of the calling you have received. Be completely humble and gentle; be patient, bearing with one another in love. " Ephesians 4: 1-2.

World Café is an internationally successful format for facilitated conversation. It's a place for a group to discuss a question, where we can share our thoughts and ideas for 20 minutes and then go to the next question. In the current World Café, these questions are What is attractive about our congregation? How can the church be more like God’s Kingdom? What are the obstacles to becoming more like the Kingdom of God in your local congregation and what are your obstacles? The advantage of the Word Café format is that everyone comments on all the questions, answering the question on a large piece of paper and then sharing it with the community. The most beautiful moments of the conference included sharing the answers: although there were many problems, difficulties, and obstacles, the accounts were all testimony, and for a believer it was plain to see that the church does not have any ecclesial tension that could not be overwhelmed by our belief that we are all Christ's children. 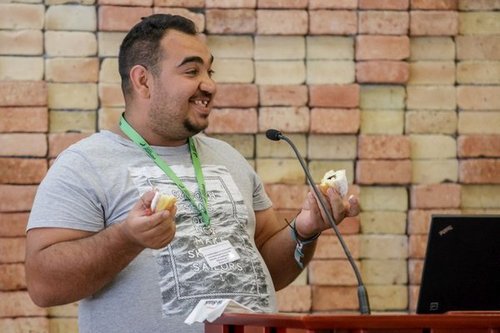 The same idea was expressed in a variety of pictures during the short presentations by the volunteers from the Roma children's camp. In Krisztián Lakatos's metaphor, the jelly donut expressed the essence of service: there must be yeast in it, there is always something hidden inside, but what, is only revealed if we bite into it. When we eat this, it's always a pleasure. Edina Prikryl’s vision of service resembled a gummy bear, and Barbara Gáspár taught the preparation of the Celtic heart knot to the audience. 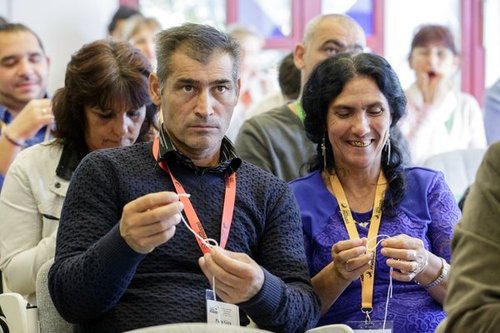 Occasionally other members of the congregation joined each other's hands with tambourine, tango harmonies, and guitars. 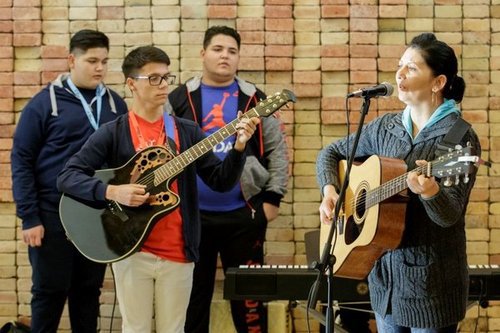 On Sunday morning the sermon of Laszlo Béres of Transcarpathia strengthened this spirit when he quoted the Gospel of John 13:8 When Jesus tells Peter, "If I do not wash you, you have nothing to do with me." We must also be allowed to have a relationship with Jesus, which sometimes means embarrassing gestures like foot washing.

"These three days are short, it would be good to stay here," someone said during lunch. Some of the group agreed, while others mentioned family members who were home and said they’d rather go home. What did we receive? "I found the faith, the peace and the love of God here. I've come to know people I had not met before who are also in faith,” said Julika Balogh Józsefné from Esztár.

"We like to get to know other organizations, and the Roma mission is especially important to us. Unfortunately, there is no congregation, but the local Roma community has a house that we use. There are Bible-studies and children’s church school there, and my son teaches Roma language to those who are interested.” said Szilvia Babindák from Csatár." 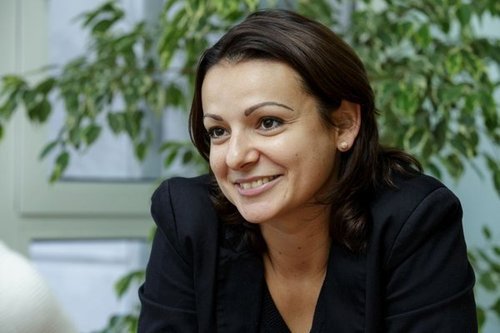 I'm always happy to come here, especially for the relationships and togetherness," says Zsuzsa Tóth, who co-ordinates the Hungarian Roma Missions projects in Slovakia. “In the Highlands (today Slovakia), many church congregations have continuing children's programs. Many projects are in progress, but there are only a few staff. It is strange, but I first got to talk to my colleagues only on the last night, the Saturday afternoon roundtables had given us a lot of new ideas, and we were reflecting on them through the night.

It's harder to gather like this at home, because missionary projects are so scattered within the Highlands, so it's great for us to have a couple of days together with a common purpose."

Translated by the Ecumenical Office