“Give attention to yourself and your teaching” (1 Timothy 4:16) – Organizers chose this verse to be the motto of this year’s Konfi+ Conference. This year Oradea (Nagyvárad) in Romania hosted the Konfi + Conference from 5 to 8 August. We talked with Rev. Péter Bedekovics, Reformed pastor and the new leader of the RCH Youth Office, about the themes and preparations for the conference.

The name of the event can be misleading; lots of people think that Konfi+ is for young people who have had their confirmation, but this is a professional conference for youth leaders working with young people who are preparing for their confirmation and those who have already been confirmed (between the ages of 13-18). We think that the job is not over with confirmation - actually this is just the beginning. We welcome everyone who serves among youth within a congregation, school or youth organization. 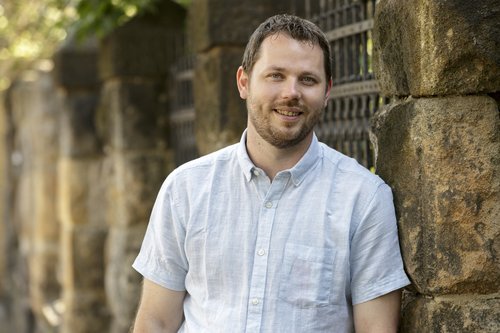 What are the main themes of this year’s event?

We still want to provide real professional help and address relevant topics. At conferences like this, we don’t think that we can learn only from keynote speakers, but this diverse group of participants are more encouraged by sharing with each other. The theme of this year’s event is leadership in the Bible. The morning keynote and most of the afternoon programs will reflect on this topic as well.

The Training for Youth Leaders is another highlighted event in this semester. Are these two areas connected?

The Training for Youth Leaders is helping those young people who want to become leaders, while Konfi+ targets those who are already serving as youth leaders. The two are still connected because support for leaders - especially in youth work – feels as if it is neglected. We would like to address this more seriously to strengthen our professionalism. At the conference we will discuss loneliness, burnout, team building, and the development of leadership skills.

Péter Bedekovics was ordained in 2016. He studied Theology in Debrecen, London and Edinburgh. He joined in youth work at an early age: He has been a leader in the Hungarian Scout Association since 2004, first in the local, then at regional and national level since 2012. He is also constantly involved in youth work in congregations. Between 2009 and 2011, he served in England as a youth leader. In 2013, he went to Melbourne with a (Kőrösi Csoma Sándor Program) Scholarship Program and worked as the associate minister in a Hungarian congregation there, then served in Bucsa, in the Reformed University chaplaincy in Debrecen, and also in Csenger. From the summer of 2017, he is a pastor at the Reformed congregation of Buda, and from May 1, 2018 he serves as the head of the RCH Youth Office.

Who are the lecturers coming to the conference this year?

One of the lecturers is Judit Kármán, head of Romology Department of the Debrecen Reformed Theological University, and Benjámin Bacsó, pastor of the          Hungarian Baptist Youth Mission - the other names will be a surprise.

Representatives of other denominations also appear among the speakers. Is this an ecumenical Conference?

There are areas of youth work where other denominations are more effective, and we would like to learn from them. Equally important is to recognise our strengths and to improve them - in this sense we are also helping each other. Our target group is those working in the Reformed Church, but we are open to anyone who serves among young people: first of all, our job is to help build the Kingdom of God in that we are not working against each other, but with each other. 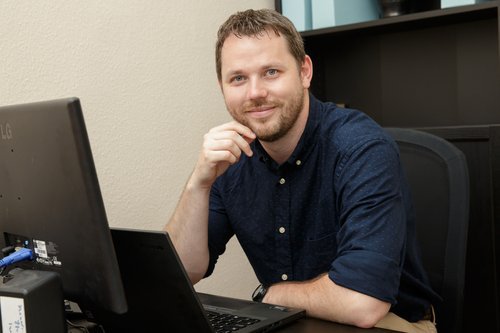 In what ways does Konfi+ contribute to the strengthening of youth leaders?

2018 is the Year of Families, and thanks to a special grant this year Konfi+ Conference will be family-friendly. We welcome not only pastors, religious education (RE) teachers and youth leaders, but also their spouses and children. It is important not to separate their professional work from their family life. We support this by providing different interactive programs and day care. The conference will be held in Nagyvárad (Oradea) in Romania, and through diverse programs, participants will have a chance to get to know the city as well. We would also like to reflect on the local context. On the request of our local hosts, heavy questions such as the issue of language will be addressed: Should it be allowed or required to teach the youth of the Hungarian community beyond the border preparing for confirmation in the language of the majority society? We believe it is important to talk about real and specific issues that broaden the view of the participants.

The event crosses the border for the first time: after Balatonszárszó and Debrecen, this time Oradea will host the conference.

Two years ago, the event took place in Debrecen, which proved to be a popular idea: as the city is in the middle of the Carpathian Basin, it made it easier for the Hungarian Reformed people living beyond the border to participate. Soon there became a need to take the program beyond the border, so we chose Oradea (Nagyvárad), which is near Debrecen. At the same time, we received an invitation from the Partium Christian University so we involved them and the Transylvanian Christian Youth Association, linked to international YMCA, in the preparations for the Conference. We also have volunteers from other parts of the Carpathian Basin, such as those from the Alliance of Hungarian Reformed Youth in Slovakia. We would like to have real Hungarian cooperation in youth work, through Konfi+, we hope to strengthen this.

Oradea (Nagyvárad) in Romania hosted the Konfi + Conference from 5 to 8 August 2018.

What does it mean to strengthen cooperation in everyday life?

The work of the Youth Office is diverse; it is tempting to be the organizer of conferences for young people. We have the resources, but I am convinced that this is not our job. We can reach out to much more young people if we help those serving among them. The task of the office is to provide support to leaders, RE teachers, pastors and other serving among youth. That is why professional networks, such as the Training for Youth Leaders and Konfi+ Conference are important for connecting. In light of this, our aim is to organize Konfi+ every year. We can see that besides Starpoint, it is hard to share attention, but it is not necessary for these programmes to be exclusive of each other, we will work to prevent this. In order to fully support our youth leaders, it is essential that we meet every year within such frameworks.