The use of the cross as a symbol is considered taboo in Reformed traditions, although it is not forbidden. "The cross is not responsible for anything," however it can awaken some "painful historical memories," says Károly Fekete, rector of the Reformed Theological University of Debrecen.

Could we say, that there is a kind of distance-keeping in case of the use of the symbol of the Cross in reformed fields?

We could say even more than that. The participants in our worships can see that among the liturgical movements, we never use the "crossing" action, and the cross is not among the contemporary appointments of the church. The Reformed congregation is attracted by the presence of Jesus Christ. The Lord of the cross, and the speech about the cross is much more important for us, than the cross-shaped object.

Is there a dogmatic or theological base for refusing the cross in our church?

The cross is not responsible for anything, it is a basic Christian symbol. I would say, that we avoid the symbol of the cross. The problem is not with the cross but with us, because we are lazy and forget to remembert the sense and meaning of this symbol. Dogmatically, we have to keep our eyes on the second commandment from the Ten Commandments, that is aganist idolatry. It is an important thing dogmatically, that reformed theology is sensitive to the cross because it reminds us the passion of Good Friday, which separates the suffering and the glorification/exaltation. Good Friday and Easter belong together inseparately. The cross and the resurrection together make Jesus the Messiah. That is why we never use the crucifix shape, but the symbol without the body. 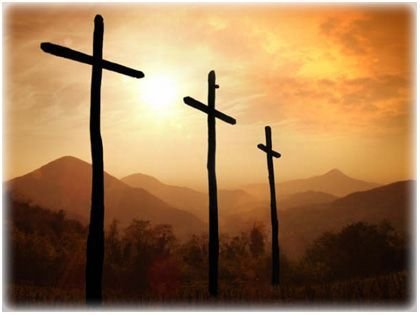 What did our ancestors think about the symbol of the cross?

While the cross is not in the forefront, it is still present in the church. There are a lot of examples for the symbolic use of the cross. It appears twice in the crest of our church. The flag held by the sheep and the rod of the flag forms a cross. However the severity of the counter-reformation in the 17th century has modified the meaning of the symbol of the cross for the church. Catholic priests forced Reformed pastors to cross themselves, kiss the cross and kneel in front of the cross. But, apart from the events in our history, the cross still holds a positive symbolic meaning for other churches. It is absolutely natural to find the cross in our brother churches. It is a universal Christian symbol that carries an important message as well.

What comes to mind when you think about the cross?

The cross is more than talking about Christ. It is the magnificient point of encounter between God and people. That is why the cross has a message for us; it is the symbol of the devotion of God. It is also symbolic, that the arms of the cross run out infinitely from one focus point, but at the same time it is a meeting point from all directions. Looking at this symbol, I realise, the width, the length, the depth and height of God's love. It also comes to my mind, that God's power on the cross found life in that body, which was destined to die. On the morning of Easter, He received an eternal body. That is how He taught us the lesson, that He carried our burdens as well. The cross of mankind and the power of God met this way. A new beginning was made; an encounter to the mercy of God. That is why I prefer this line from the Convent Resolution: "We are the church of the Cross, the people of the Cross, but we would like to carry this cross inside, to preserve its godlike power and to be preserved by its power."