European Protestant churches from nine countries participated in an international research on confirmation work from autumn 2012 to spring 2013, which was a combined effort of the Hungarian Reformed Church together with Hungarian Lutheran and Methodist churches. We recently talked with Ádám Hámori, sociologist and a Hungarian member of the research team, about his thoughts on the confirmation ceremony, the confirmation education leading up to it, and the young people who participate in this education. This research was then also discussed in detail with attendees of the Konfi+ conference, recently held in Debrecen.

How could you summarize the research? Why was it necessary?

The first part of the research took place from 2007-2008 and the second part of the data survey happened from 2012-2013. From among the Eastern European countries, Hungary and Poland took part in it. The Department of Protestant Theology at Tübingen University in Germany, led by Prof. Dr. Friedrich Schweitzer, initiated the research. Their aim was to make an international comparison of the confirmation work in different European countries where significant Protestant communities exist. They wanted to know how important the confirmation ceremony is in the life of the churches, which methods they follow, and how effective they are. The most important and most spectacular element was that they did a follow-up investigation among the young confirmands and their teachers. At the beginning of the education period a survey was given and then a second survey was given before the students took their confirmation vow. With these, they sought to test how effective confirmation education was in changing young people’s mentality, their attitude to the church, and their beliefs – as much as can be measured by a survey.

What are the key conclusions of the published results?

One of the conclusions is that respondents in Hungary were surprisingly traditionalists and conformists.  The young people who took part in confirmation education are such “good kids” who expected the same things from the training as we believed that it can give them. Already at the beginning of their training they felt that they would get an introduction in the questions of faith and theology. After the training they receive what they expected and they are definitely satisfied with the education and the pastor’s work. The answers show that those youth who want to be church members after the training already came to the training with a positive attitude. 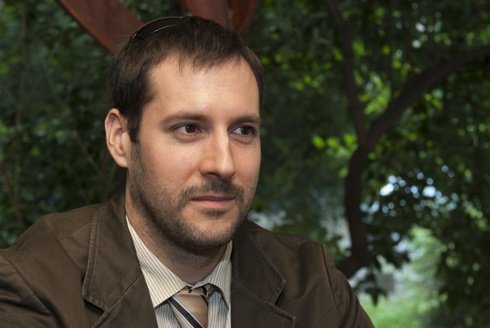 It was also shown that our reformed confirmation preparation course is lecture-based, like most learning is in schools, rather than being interactive, as is the case in Western Europe. This type of active democratic involvement in the confirmation process is not typical in Hungarian confirmation groups, while this is expected and achieved in the Scandinavian countries. It is clear in Western Europe, and now it becomes clear in Hungary too, that the involvement and the dedication will be stronger if the person is a part of the process. Confirmation is about a personal decision and creed, and, from this aspect, the personal involvement can be an important tool. This is certainly missing from the Hungarian practice of confirmation.

The only factor which is important in all countries, including in Hungary too, is the importance of family background and how the parents relate to religion. This experience is consistent with the national youth research results. The vast majority of youth who are taking part in the confirmation education have previously attended religious education classes in the congregation or school. This is not a typical eastern or western European peculiarity, but also global. Confirmation, as it is today, is still influenced by people's religious traditions, sometimes going back 100 years. At that time, it was natural to go to the church and to belong somewhere – they respected these "institutional routines."

At what age are people confirmed in Europe?

Today, all over the continent, 14 is the typical age of the confirmation time. The slight variation in age is very exciting because for children around 14 very much is happening, considering the intellectual and emotional growth of these young people. One or two years means a lot in the creation of the study material, too. In recent years – due to external circumstances – in many places the time of confirmation has slipped to 12 years old. The reason is simple: in some settlements this is that stage of life when the young people are still at home and they are available to take part in this education and ceremony. After this age they usually scatter into high school and if they are spending only the weekend at home, going to church is not a high priority for them.

Is confirmation time the end of an era or the beginning of another?

There are not many missionary opportunities for this age group, but a lot of elements of the confirmation can be attractive and exciting for them. In many churches the confirmation– as the smaller qualitative researches show – is the end of the children’s religion education. If we want to see confirmation as the beginning of the young mission, then we need to restructure it. In many places, churches are already trying to do this.

What are the questions for the future?

The question is how inviting and inclusive the confirmation training is for young people who do not come from a religious background. Based on the statistics, due to the optional religion education at school, we can reach approximately 10% more young people than before, when the religious education was just in churches. This 10% represents young people whose families didn’t have a relationship with the church earlier – they met the church in the school for the first time. When they had to choose between ethics and religion classes, many parents did not even know what the religion class can be, but they thought: “In our world today, it definitely cannot be wrong to learn a little about religion.” This is a huge opportunity for the churches.

We still don’t have a calming answer, but we are getting closer to the time when we have to decide: What will happen with those who reached the age 14 but had studied from different confirmation materials at the schools? Who will carry out their training? What will be the relationship between the religious education in schools and the confirmation training material? The most radical answer would be that the last two years of the religious education should be the training for the confirmation. But it raises an uncomfortable question:  how will the children who were never in church find the experience of being a part of a church community? Sooner or later this should be thought through: how interesting and attractive can the confirmation training material for a child be when they do not have any pre-congregational experiences.

Is there any hope that the results of the research will be put into practice? Abroad, at Churches of Westfalia, there is intent to reconsider confirmation education.

During the years when the research was made, it was embedded into a widespread professional collaboration. We had partners from the Synod of Education, from the Youth and Missionary Office, and from the Collegium Doctorum too, but I cannot tell you whether there will be consequences or not. Throughout the years we can experience a kind of maturation and tension around the confirmation work. The National Youth Office works with youth mission coordinators on many levels: presbytery, church district, and with those HRC coordinators beyond the borders – from time to time make their own recommendations and comments. Meanwhile, in the presbyteries, professional days are held about how to best to revise their own confirmation education programs. Some congregations will make corrections – they will work out their own catechism or they will rewrite the text of the pledge… There are whole varieties of ideas.

The willingness to seek progress brought to life the Konfi+ conference, held every two years. This year, for the fourth Konfi+ gathering held in Debrecen between August 14-17, the motto of Titus 2:1, “You, however, must teach what is appropriate to sound doctrine,” really set the tone. The conference focused on the role of confirmation, its importance, and the possibilities stemming from it. The theme of the conference was centered on the possibilities for the strengthening of the youth ministry in schools and congregations. Those in attendance examined it in light of the changes that have been made due to religious education in schools. The organizer’s aimed to show successful models – with the help of pastors, young leaders and practical experts – of how to work with youth. The key speaker in the summer conference was Dr. Friedrich Schweitzer, a leading member of the international confirmation research group. Dr. Schweitzer is a director of many major research projects and a member of the Department of Protestant Theology at the University of Tübingen. He is also the chair and founder of the International Network for Research and Development of Confirmation and Christian Youth Work, which was founded in Tübingen in July 16th 2007 to support and to carry out research in this field. This network has implemented the first and second international research on confirmation and Christian youth work.