Thanks to the open spirits of the people of Szabolcs-Szatmár-Bereg County, Örökösföld is not the only Reformed community to be built by the Reformed Congregation in Nyíregyháza. On October 29, RCH congregation members were invited to support the construction of a new Reformed Church in the neighbourhood of a housing estate through the giving of their offerings.

The huge Comecon market, cheesy lángos in the thermal spa of Sóstó, a baby giraffe being born in the animal park – these are my childhood memories of Nyíregyháza. However, the town with a population of 120,000 and county rights, is far more than that. In spite of the growing number of people moving from the county for job opportunities to the Trans-Danube area, Budapest and its neighbourhood, or abroad, Nyíregyháza continues to stand against depopulation, unlike the villages of Szabolcs, Szatmár and Bereg. "The city has a special role in local churches mission and service," says Sándor Gaál, the Reformed pastor of Nyíregyháza, when asked about the region and the local reformed communities. 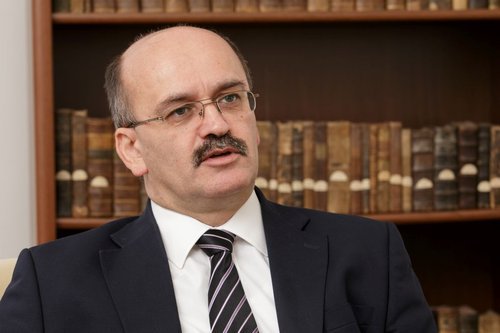 Over the past century, the population of the town has tripled, most of the current population coming from another town or village. According to the latest census, 16.4 percent are Reformed members, while 20 percent are Roman-Catholic, and just over 10 percent are Greek Catholic, where similar proportions are similar to the Lutherans. The 19,000 Reformed members are served through the four parishes, one of them being the oldest and largest church in the center, also where Sándor Gaál serves.

Along with the dean, we discussed the use of the multifunctioning congregation center, built in 2001. On Kálvin Square, life is constantly happening: the morning piety has just ended in the church hall and the adults who were working are being replaced as Reformed students of the nearby Jókai Mór rush into the hall. 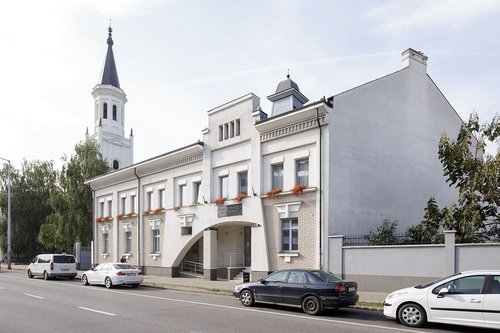 “It is one of the largest congregations in the country – due to the dynamic growth of the city. There are 1460 congregational members registered in the electoral, however, there are many more people in our congregation from the community,” says the pastor. When he first came to the church three and a half years ago, the church community already had a well-known elementary school, dozens of religious education teachers, extensive social networking institution (retirement homes, home help services, nursing homes, etc.) and over 400 employees in his service. This pastor and the Presbytery faithfully continue to meet the needs of the people, as well as strengthen the missionary image of the congregation.

What is this missionary image? “I believe that that depends on the nature of the Church mission. Any church that renounces its mission immediately condemns itself,” said the head of Department of Mission of Reformed University of Debrecen. The rising generations and those moving to the city want to testify about Jesus, and their social presence and institutional system are consciously built along this logic. 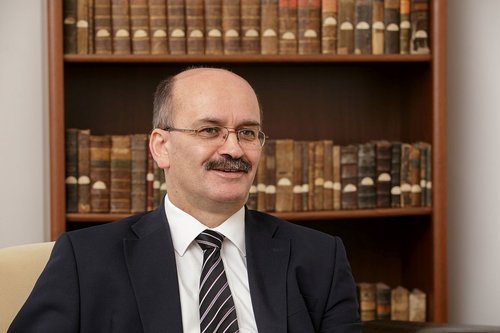 "We have the help of the people in Szabolcs, Bereg and Nyírség, who are friendly and open minded, much like those in the metropolitan community and this is beneficial." According to the head pastor, people in Nyíregyháza live in an increasingly isolated way of living, as is the lifestyle of the metropolis, but experience shows that locals react very openly to addressing the Church. "People are alive, especially when asked about their roots: where they come from, what religious, ecclesiastical affiliation they have."

Throughout the service of the five pastors, they took great care to preserve the roots of the people in the church. However, they also realized that modernization was needed to cater to the needs of the new generations of the 21st century. One example is the weekday morning pieties.

These occasions were fashionable in the years before World War II, but unfortunately, most other churches have gotten rid of such pieties. Thanks to the former, faithful members of the old congregation in Nyíregyháza, this tradition has been preserved; and Rev Sándor Gaál, who also held such pieties in his former ministry, was able to renew them: "We strictly observe the 15 minutes rule, so that all those who are eager to stop in church before God may reach their jobs in time. The morning pieties are held in the friendlier congregational hall, and the text of the first vocal is projected for late arrivals. It is very popular; in the morning many come to pray or listen to a short homily.”

Many people, not only youth, but also adults, had their confirmations in the recent years. In addition to the church on Kálvin Square, there are other places of worship held in several parts of town, including Borbánya in the Lutheran Church, Rozsrét in the Lutheran church and in Örökösföld, where, in the foreseeable future, a community is gathering in the lobby of the school. 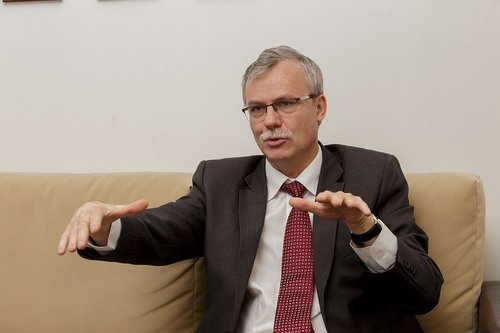 "In my opinion, we are still missing three or four Reformed congregations in this city and we must overcome this barrier” says Tamás Sápi, a presbyter. Since the birth of a certain mechanical engineer, a member of the downtown church has been actively involved in the missions since the beginning.

"This is one of the country's youngest housing estates, built in the '80s. In 2000, we started to develop and build in a suburban area as well” explains our guide as he drives us to the location of the church. At the edge of the city, plans are being made for the next twenty year, what are yellow cornfields now are in plans of becoming residential parks with a soccer field. 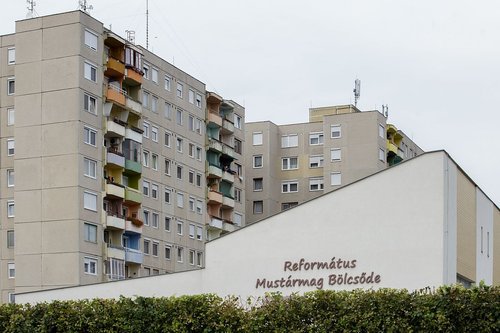 Elderly pastor, Feri Kerekes, was the one who attempted to unite the Reformed people in Örökösföld in the mid-1990s, "This initiative is dead, but at the turn of the millennium, at the initiative of the presbytery of the congregation of the city, Zoltán Szabó, who was just retiring, committed to worship at one of the local primary schools," he says. "We've had occasions twice a month earlier, and have been doing it every Sunday since. Of course we held it at 9 o'clock in the morning, in order to not interfere with the 11 o’clock serviced downtown. "

At first, the members of the church community were only those above the age of 45, those who had moved to the residential countryside and had left the village and church community. They became the foundation of the Örökösföldi community. "Uncle Zoli has helped the process as a regular village minister," says Tamás Sápi. This community is still a picture of the traditional Reformed Congregation, although others have since joined: in the meantime, young people continue to move in and out of the community.

They build a church

"There are sixteen years behind us, during which we developed a lot. A cohesive and accommodating team was formed” says the presbyter. Uncle Zoli has retired from service since then, and the clergy members of the great congregation have changed each other at school. The committed community members of 60 pack their chairs every Sunday, sing praises, create a pulpit, and after some time of harmony and worship, they dismantle what they had built so that the students may come to learn the next day. They also provide a variety of community-building work, including programs and excursions. 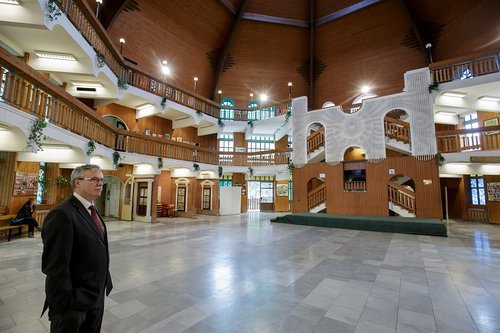 This “mobile”worship keeps many away, and many of the congregation members crave a permanent spiritual home. “150 members from the Nyíregyházi congregation live in Örökösföld, so we believe that the community will quickly grow and fill the new church” says Chief Elder Miklós Nagy.

Between roads 4 and 41, we are located in a new public area near the end of the urban buses and in the Holy Trinity Square, there is a new Roman Catholic church and a still unfinished Greek Catholic church as neighbours of the new Reformed community.

"A modern congregation complex will be built here," they say, “a church and a congregational house for various occasions and events. We would also like to have a tower, so that when someone walks by they may immediately know that this is a Reformed Church." 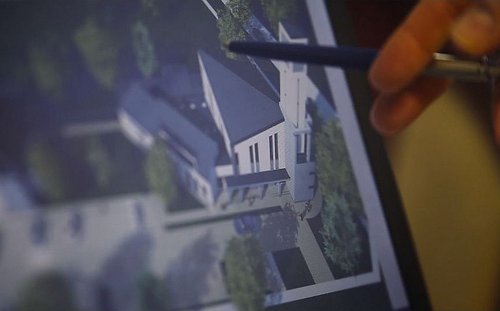 Plans are complete, and after the approval is given, construction will begin. The goal is to create a new, independent congregation in Örökösföld. There are groups concentrating on drawing the walls, while other search for a pastor to continue the spiritual construction on a full-time basis in the residential area.

"This new congregation will still be a part of the bigger congregation. This will be an investment of the mother-house as the smaller church will not be able to handle the costs involved,” explains Miklós Nagy, “When the idea of the new church was shared, I proposed that someone would have to be the parent for the baby when it is born, it must be supported and encouraged. The presbytery undertook this task without any objections,” said the chief elder of the Congregation in Nyíregyháza. 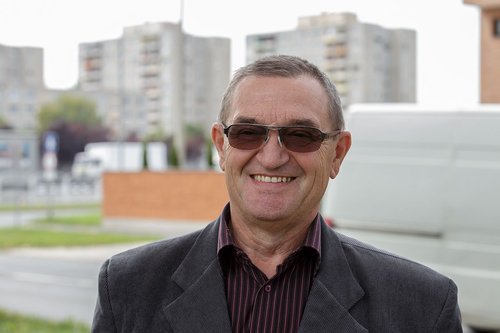 This is not the first time that the congregation assumed the parental role since all of the Reformed congregations in Nyíregyháza were once a part of the bigger church (except for Orost which was once a part of a separate county). The other two congregations were planted and nurtured by the mother church. At the beginning of the 20th century, the self-sustaining suburban church was built, and at the turn of the millennium, another was built in Sóstó.

There are many people who pray regularly for the construction of the reformed congregation in the residential area. Last Christmas, Town Hall received 64,347 euros for the advent. However, costs are expected to exceed well over 966,078 euros. Gratefully, the congregation of Nyíregyháza has agreed to the decision of the Council that this year our church be the beneficiary of the dedication offering on the last Sunday of October.

It could be real

As I stand in the grassy meadow listening to the chief elder and presbyter brushing up the practical and symbolic arguments of the placement of the pulpit, I imagine the fillets filling up with people from nearby panels and family homes and in another moment, all 200 people are looking at the same point, hearing the word of God. It reminds me that being a parent is a good thing, an unselfish, Christian mission, and I believe that with the gift of offerings from October 29th, this dream may come true. 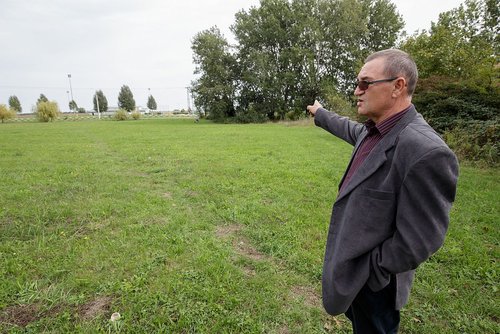 Every year on the last Sunday of October, the RHC church members dedicate an offering to support a special cause. Last year, we helped complete the new Church of Esztergom.This year, we welcomed the support of our churches on October 29th to the construction of a completely new church building.May this donation be a fine example of the individual and community sacrifice worthy of the 500th anniversary of the Reformation, a common and good example of helping one another.This congregation is one of the beneficiaries of the Gustav Adolf Werk (GAW) German Aid organisation, which is a long-standing partner of the RCH regarding construction work in our church.