The time that young people spend in European countries or in Hungarian communities beyond Hungarian borders transforms them. With their experience not just the young people but their congregations and even the whole Reformed Church is enriched. Twenty years ago the Diaconal Year program started with eleven people in Hungary, and now there are 1300 young people taking part. We asked Rev. Emese Závodi, the program coordinator and a reformed pastor about the details.

Who is it for?

This program provides one-year volunteer service opportunities for youth between 17 and 30 years of age, either abroad or in Carpathian Basin Hungarian communities. It also for foreign youth, who comes to Hungary to be a volunteer. In that year they can help in charity services, mission programs, or congregational tasks. The program starts in September and runs for 10 to 12 months. It is mostly protestant churches that participate in this program, although they have partners throughout Europe. In general, they help in senior homes, nurseries, with homeless ministries, and in mission programs. The places are different in every country. In Germany eighty percent of the volunteers are in disability care institutions. In Italy they have assignments with refugee missions. 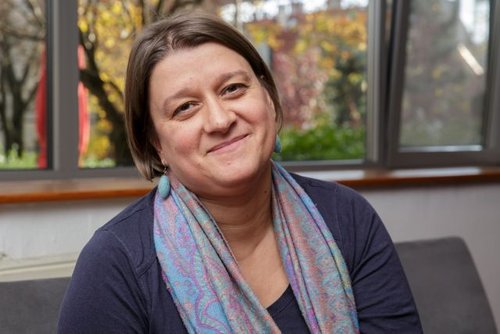 You mentioned that Hungary also accepts volunteers, where do they go and what can they do?

It is varied at home as well. Often participants will be in Budapest, Kiskunhalas, or Debrecen, where they can help in disability care institutions, in nurseries, in homeless missions with the Tiszta Forrás Alapítvány mission, in Roma missions, and Bethesda Children’s Hospital also takes volunteers.

When was it easier to get volunteers, then or now?

In the first fifteen years the number of candidates grew every year. In the first year we had eleven volunteers, now we have reached 120 people. In the last two years there have been fewer volunteers, and we think this is because of the changes in Europe. Some parents do not allow their children to participate, and some people do not want to go to west Europe. The motivation of the youth has also changed. Twenty years ago, it was clear that they would go to give one year of their life. Now it is also an opportunity to study. Naturally, this is not a problem, and what they experience abroad can enrich their knowledge, change their mindset, and what they learn could be useful in their home, family, and congregations or even in the whole Church.

What do volunteers get from the program?

The feeling that they are helping is good. We teach the culture of volunteering to them. Some of them we can help in finding their professional vocation. For example, there was a girl who came to Hungary from Transylvania, she was a volunteer in a nursery. After few weeks she was homesick and wanted to go back, but we prayed together, I encouraged her and in the end, she stayed. She loved the nursery and she went on to become a kindergarten teacher in a Lutheran kindergarten. Others found their future spouses during the Voluntary Diaconal Year. In general, we could say that a year as a volunteer transforms a person, they gain more independence and their personality develops and grows.