Dóra Kanizsai-Nagy, head of the RCH Refugee Ministry, recently represented the RCH at the World Council of Churches/United Nations high level conference on the refugee crisis in europe, which took place at the Ecumenical Centre Geneva on 18-19 January. A statement has been issued entitled "Europe’s Response to the Refuge Crisis, From Origin to Transit, Reception and Refuge, A Call for Shared Responsibility and Coordinated Action”.

On 18-19 January 2016 representatives of governments, UN agencies and civil society organizations, including churches and faith-based organizations, met at a high-level conference on the refugee and migrant crisis in Europe, hosted by the World Council of Churches (WCC) in Geneva, Switzerland, and co-sponsored by UNICEF, UNFPA and UNHCR. The conference aimed to promote principled, human rights-based and coordinated responses to refugees and migrants in Europe and to the root causes of their displacement. The conference provided an opportunity for participating faith-based organizations to apply faith principles (especially the belief that every human being is created in the image and likeness of God) in putting at the centre of the responses the human dignity and rights of all those affected.

In 2015, more than 1 million refugees and migrants arrived in Europe by land and sea. Arrivals include people fleeing from many other situations of danger and despair, especially in the Middle East, Asia and Africa. The refugee and migrant crisis has rapidly become a children’s crisis, as children currently account for one in three of all refugees and migrants arriving in Europe. All children, no matter where they are or where they come from, whether they are refugees or migrants, are entitled to care and protection of their dignity, rights and well-being.

The conference focused on responses to the crises, predominantly in Europe but also in the wider context of the 60 million people displaced globally. It examined the entire trajectory of forced displacement, from origin through transit to destination, and acknowledged the challenges that European governments and societies are facing in meeting legal obligations under international refugee, humanitarian and human rights laws while at the same time addressing political, security and economic concerns.

The conference participants call for stronger collective engagement by the international community in seeking political solutions to conflict, violence, inequality and exclusion that are root causes of the current unprecedented global crisis of forced displacement. In particular, we appeal to all those with capacity to help stop the fighting and to alleviate the intolerable suffering in Syria to put aside their political differences and to join in common action for peace now. Protection of women and girls from sexual and gender-based violence and exploitation, and their access to life-saving sexual and reproductive health services, are essential components of a humanitarian response to the crisis, and are critical investments in future recovery and resilience. In addition, countries neighbouring the conflicts from which the refugees are fleeing, and which carry a disproportionately heavy burden of hosting the majority of refugees, must be acknowledged and better supported. 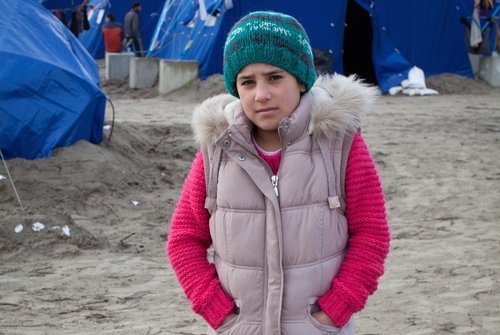 The conference participants concur that alleviating the suffering of people affected by displacement is a shared responsibility, not only in Europe but also elsewhere. It is vital that governments, civil society, international agencies and others work together in a consistent and coordinated manner to provide a safe and humane environment for refugees and migrants, and to meet the immediate needs of people escaping war, generalized violence and oppression -- and over the longer term to facilitate social inclusion and integration. It is of urgent importance that safe and legal passage for refugees coming to Europe be expanded and facilitated. Closing national borders to refugees is not a solution because it only shifts the responsibility to the next country.

The conference participants call for better coordination and cooperation of Europe’s response to the refugee and migrant crisis. Implementing, strengthening and improving the common EU asylum system is urgently needed. Strengthened coordination in the European response is required to meet the needs of refugees and migrants, including protection against sexual and gender-based violence, education for children and adolescents, and the specific health, nutrition and protection needs of children, adolescents and women, the elderly and people with disabilities. It is essential to uphold principles of international law in the context of the crisis. All people fleeing from conflict and persecution are entitled to seek protection under international refugee law. Access to a fair asylum process must not be limited on the grounds of nationality, ethnicity, religion, health status or any criterion other than need. Cooperation is also urgently required to oppose xenophobic, racist and Islamophobic statements and actions, and political exploitation of the crisis. And it is essential immediately to begin implementing measures to help refugees and migrants integrate into their new societies. In addition to considering the legal obligations and moral principles that require a compassionate and welcoming response to people in need, it is to be noted that the contributions made by refugees and migrants through their labour, skills and creative capacities can be of great value to their host communities.

Civil society, including faith-based organizations, has a unique and substantial role in responding to humanitarian crises. Better coordination of their actions with those of governments and international agencies, as well as stronger inter-religious cooperation that brings in the voices and capabilities of other faiths, are essential to maximize efforts at ensuring the survival, rights and dignity of refugees and migrants.

We call for these intentions to be translated into action, and for the voices and views of refugees and migrants to be heard and taken into account to the maximum extent possible. This will entail defining roles and responsibilities, sharing information and knowledge, resources and activities, building on each other’s comparative strengths and advantages, and holding each other to account. It will require concrete mechanisms for strategic planning, implementation and accountability, and a plan of action to set specific, measurable, achievable and time-bound goals. To this end, the conference participants call on the co-sponsoring organizations to work together to strengthen participation and contributions of faith-based organizations in responses to the refugee and migrant crisis at country and regional levels, building on existing initiatives already underway, and on a quarterly basis to review and share progress in addressing issues raised at this conference.