The Council of the World Communion of Reformed Churches in Europe gathered for its annual meeting to conclude certain projects and gain direction for ongoing and future programs. Highlights of the meeting included the President’s report, the report of the Task Force on Migration and Refugees, and the election of the new Steering Committee of the Council.

The Council of the World Communion of Reformed Churches in Europe (WCRC Europe) convened for a meeting to reflect on the events since their last council meeting, as well as to continue discussions surrounding common responsibility on migration and refugee situations throughout Europe, currently and into the future. Forty representatives from thirty churches, including WCRC President, Rev. Najla Kassab, General Secretary, Rev. Dr. Chris Ferguson, and Executive Secretary for Communion and Theology, Rev. Hanns Lessing, attended the WCRC Europe council meeting in Budapest from 12-13 April 2018. 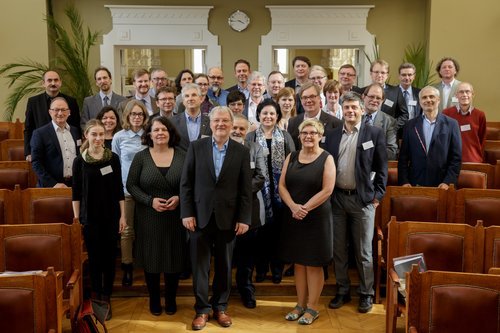 The meeting opened with the President’s Report of 2018 presented by Rev. Jan-Gerd Heetderks, President of the WCRC Europe Area Council, which summarized the work of the Steering Committee within the last three years. The report reflected on the priorities set to serve the European Area. Priorities included solidarity visits to several smaller Reformed churches to share in the faith, hope, and concerns of the churches, theology through the service of the communion, and refugees, asylum and migration in sharing the effects of the involvement of churches in building community through regional conferences. The report also provided a reflection of the General Council meeting in Leipzig. 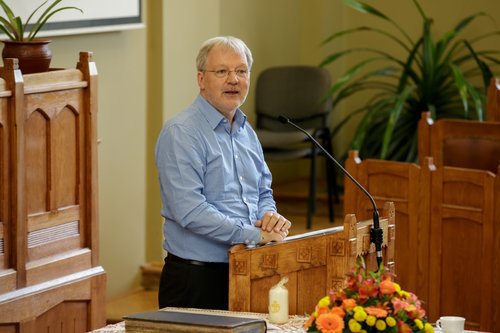 The highlight of the WCRC Europe council meeting was the report of the Task Force on Migration and Refugees. Rev. Balázs Ódor, Moderator of the Task Force, introduced the work carried out in the last two years. The Task Force was established in April 2016 by the Steering Committee on behalf of the WCRC Europe Council. The main focus of the Task Force was to create and maintain good relationships with other organizations focused on migration and refugees. The members of the Task Force committed to three meetings during the two-year period it was active. The first meeting was held in Budapest, Hungary in June of 2016, where the members created a commitment to five tasks in support of church leaders of WCRC Europe member churches. Later that year in October, they met again in Katerini, Greece and formulated the Task Force’s position on migration and refugees based on the commitments. The final meeting took place one year later in October of 2017 in Sicily, Italy, where they continued to express the solidarity of WCRC, expanded networks, and gained an in-depth insight to the exemplary work of member churches by engaging in deep discussions with experts and senior staff members.

On behalf of the Task Force on Migration and Refugees, the final report was presented by Dr. Joshua Ralston, Lecturer in Muslim-Christian Relations at the School of Divinity, University of Edinburgh, who invited the council members to think critically of how churches can challenge the theological and biblical justifications used by some churches and members of the public to argue against working with refugees and migrants. Rev. Kassab gave an input regarding the report with an emphasis on the point of view of the Middle East as a pastor of the National Evangelical Synod of Syria and Lebanon (NESSL). 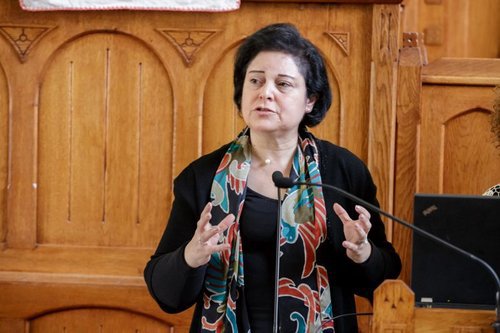 Rev. Najla Kassab encouraged those present to engage with Christian communities in the Middle-East by directly supporting them in order to keep the Christian community within the region. She emphasized that churches in the region are open for dialogue and cooperation, and their ministries also reach out to the Muslim majority population. Rev. Kassab stressed the strength of minorities faithful to the Gospel and described the challenges her church and country is facing due to the extremely high number of Syrian refugees in Lebanon. She highlighted that education is an important tool for hope and future to the young people who are forced to leave their homes. By educating them, we can prepare refugees to return to their home countries after the war ends. She expressed how much she looks forward to continuing cooperation between the region of Europe and the Middle East. She concluded by encouraging churches to speak out against war and to continue to pray and advocate for peace, "churches are called to be the sign of hope and act accordingly even in severely difficult situations and conflicts."

After the presentation, the council members had a chance to share their thoughts in small groups. During the plenary session, the Council decided to accept the suggestions for further actions that were offered as ideas for future work of the new Steering Committee. The proposed actions are as follows: 1) to improve Christian-Muslim relations by increasing cooperation and dialogue with the Middle East partners of the WCRC, and also learning from the experiences of other WCRC European partners in their cooperation with Muslims. This can entail formal dialogues between Reformed ministers and Muslim imams, local partnerships around shared action in civil society, 2) to continue discussions on integration, and encourage focus on integration and inclusion of migrants in European communities, attending especially to the dynamics of cultural and religious differences, and 3) to react to the increasing xenophobia within our communities through dialogue and discussion of political messages, with special focus on “Christian identity in secular Europe,” and finding space to confront right wing parties and populist ideologies even within our churches, all taking into account the current political climate within Europe. 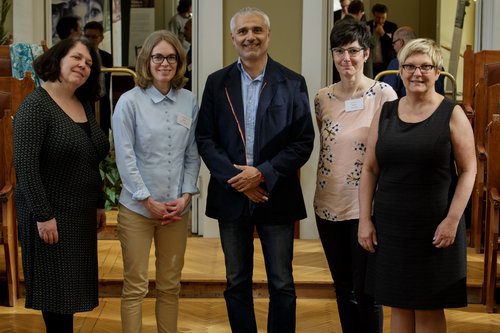 Members of the new Steering Committee of WCRC Europe

Rev. Kassab extended her stay in Hungary to meet with bishops and lay presidents of the Hungarian Reformed Church (HRC). During her stay, she also met goverment officials and participated in the Mission Conference of the RCH, and visited Debrecen. On Sunday, she was the guest speaker at the Scottish Mission in Budapest, the English -speaking congregation of RCH.