The Reformed Congregation in Szentendre has begun building relations with a congregation in Syria. They would like to send financial aid, and perhaps, even travel to the war-torn country. We asked Rev. András Harmathy about the details. 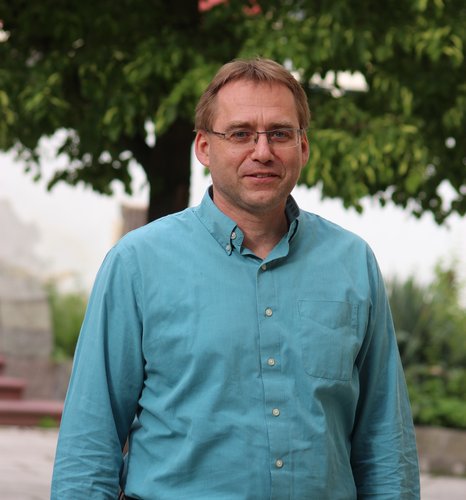 How did this relationship start?

We already had plans and dreams when we received the surprising news that two church leaders from the Syrian Protestant churches were visiting Hungary. They came to Szentendre where we first met, and later I was invited to join the second delegation of Reformed Church in Hungary (RCH) to visit Syria. There I focused on what we could give; this was not simple diplomacy or some formal arrangement, but rather, a genuine congregational partnership.

Traditional congregational partnership includes visiting one another. Would your congregation travel to Syria?

This is an important question as meeting in person is invaluable. The first RCH delegation visiting Syria experienced this at first hand: the Syrians were touched by the fact that someone visited them, despite the risks; moreover that the first visitors were Hungarian Reformed people. This was very important to the Christians that live there; it gave them a sense of hope knowing that the world had not forgotten them. I experienced how much love they received us with. Their hospitality was of a higher standard than what people would experience in everyday life in Syria. These visits are very important because they mean so much, especially when we travel there to visit them. I can see that many of the congregation members in Szentendre have the means and desire to travel to Syria as well.

ONLY FAITH UNITES US

I felt at home with the congregation in Syria due to shared faith,” said András Harmathy. “It was a great experience to discover this,” he added. Due to his experience, the pastor also said that if a person meets someone who has gone through war, that person’s understanding of migration is not the same anymore.

Are there any congregations that you have already made contact with?

Yes, with the Evangelical congregation in Aleppo. In their letter, they asked us to pray for them in regards to a constitution that ensured freedom of religion, for their pastors and their schools so that they can share the Gospel without “offending anyone’s faith.” They also asked that we support the 62 families of the congregation with a monthly donation of 50 USD, which amounts to approximately 15 000 Hungarian forints. This would effectively double their monthly income and greatly help their struggle to survive. In any case, it goes to show how much our forints are worth in Syria. For example, it costed fifty million forints to renovate the church in Aleppo. That is only worth a small bit of land here in Szentendre. There is a lot we could do as a local Reformed Congregation to ensure that there are and will be Christian communities in the Middle East. Some of our members have already decided to undertake supporting our Middle Eastern brothers and sisters. Our youth group of 15 is also considering supporting Syrian families by offering a thousand forints monthly from their allowance. This is a beautiful story of congregational partnership which we are only at the beginning of.

Would you recommend other congregations to build similar connections?

Absolutely! Giving and helping are good things. We call on the congregations to help so that we can complete the request together that our brothers and sisters in Aleppo have asked us to do, because we probably cannot help all those families on our own. It is time to leave the role of being small and weak behind. In reality, we can help others. Not to mention that this will come back around and have an impact on us, which is just as important. Hungarians complain a lot. When will our lives be good enough? If we meet someone who has gone through war, we immediately realize that in fact we have nothing to complain about, but rather we have everything to be thankful for. And we are in need of that realization.