Is there democracy in the Church? Are politicians allowed to talk about God? Why are we lamenting when a “bearded lady” becomes the example to be followed in Europe? On Wednesdays in our interview series, we talk about Christianity and democracy with well-known public figures. This time István Bogárdi Szabó, the bishop of the Danubian Reformed Church District shared his thoughts before Zsuzsa Fekete’s microphone.

Christianity is decreasing in Europe. In some people’s opinion the higher the standard of living, the more we turn away from God. What do you think about this?

I do not argue with those people that think this is based on trends concluded from data, but some questions have to be asked. The number of Christians in Europe decreases compared to what? If we take those states where Christianity was the European civilization, then yes, the numbers are decreasing. But was it good when Christianity was in all aspects of society, and people declared war based on religious arguments? In the 17th century, almost half of Europe was destroyed due to wars based on religion. I argue against the statement that people turn away from God, because you cannot turn away from God. At most, you can act as if he was not real. The rings tying European civilizations together fell off, but the relationship between God and man is constant, even if people do not live according to Christian beliefs. Everybody has some kind of transcendent consciousness, so I would say that the image of God that Christianity preaches, fewer and fewer people need it.

In the European Union’s basic documents, references to the importance of Christianity were left out. What is the consequence of this?

This, itself is the consequence. When the basic document was written and when Hungary wanted to join the European Union, I attended many intellectual forums. During the discussions we talked about the fact that it is very unsettling from the aspect of civilization, that the European continent – a great economic, political and cultural community – does not care about its own past and does not mention God in the “names”. On the other hand, I have to say Christianity was not concluded in the Roman Empire’s constitution, but there was Christianity. The Chinese Constitution does not mention Christianity, although the number of Christians increases. Officially Mexico is an atheist state, but we think of it as the most ardent Catholic country. Christianity does not depend on this. Of course, we are pained by the fact that the European legislators, those who define the European attitude, do not consider what we could give to a culture important. But the EU Constitution does not affect Christianity itself, or other particular Christian communities.

Are you implying that the political system does not affect the existence of Christianity? Communism is believed to be the cause of the increased level of state atheism. Now are we moving toward this in this democratic system?

This is a question with many aspects, and we cannot answer all of them. I would not think that the EU Constitution would raise atheism to the state level. The fact that a document does not mention something is not the same as deliberately acting against something. The other side of the question is whether the European legislature, or the European trends enclosed within it, is pointing toward a completely different direction than Christians think of the civil society. However, I am talking about the Christian community itself, which is both a civilian community and the Body of Christ, that a political system does not have (or it is not able) to accept. The tension between Christians is derived from this aspect, since we are citizens of “two countries”. We live in this world, growing in our faith, showing our values, but there is another home for us, the Kingdom of God, which sometimes has to do a lot with what is happening in our world, and sometimes it seems that there is nothing in common between the two. 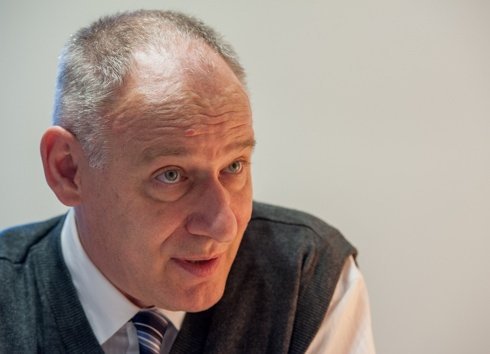 What is the difference between secular and Church democracy?

The difference is that there is no democracy in the Church. Secular democracy is an institution, form of government and practice. Democracy is an attempt of human coexistence to control the community’s lives by popular representation, voting, delegating and recall, and also by controls. The crucial point is that the people have the power, the word also means this. In the Church not the people, nor the priests, but God has the power. In the Reformed Church decisions are made similarly as in democracy: there are corporate meetings and voting. We used to boast that the government of the Church is democratic. This would be true only if the elders and the deliberative bodies were representing the people. According to the Biblical interpretation the elders do not represent the people, but God. So there is a filter in the Church community, we can boldly say that there is no democracy in the Church, but spiritual aristocracy. But this can also be misleading, because someone does not get to be the leader by inheriting from their ancestors, but their own faithful life appoints them to do certain Church governmental tasks.

What do you think of Christian-democracy as a political platform?

It is very nice, and also one of the most difficult trials in the 21st century. The Christian Democratic parties are in a difficult battle, because on the one hand they can clearly put into words the universal Christian values, but on the other hand, they have to participate in political battles, and they have to make bargains and compromises. In itself it is not a sin, but for the Christian man it can cause serious crisis in their consciousness. By taking the “dual citizenship” metaphor, the Christian Democratic politician cannot throw himself into this world’s issues without asking himself to account for his own personal Christian values.

What do you think of political Christianity? I mean when the Bible becomes a reference for politicians if it is in their interests.

Let me say an analogy: Jesus said that you will recognize them from their fruits. The ability to distinguish spirits cannot be learned, but - in the biblical sense - a gift of grace. Seneca, the stoic wise said: distinguish the facts, because facts fool you, not the opinions. Today’s sensitiveness is the cause of intolerance and suspicion. But we have to be patient to see, whether a politician says he is Christian as a decoration or he really is. Do not forget, we pray every Sunday in church that God give our leaders wisdom and teach them the truth. The politicians practicing their religion should not be criticized, if they use a Biblical quote. In Hungary the common speech was created by the language of the Bible, which is why we do not define forbidden words and phrases that politicians cannot use. Then we could reverse the whole thing and declare that Christians are not allowed to say politics, country, law or parliament! I do not want to live in a country where a proverbial Berlin Wall would be built between faith and politics. Why can’t the Prime Minister say Soli Deo Gloria? We pray that all people can really say: God alone has the glory! 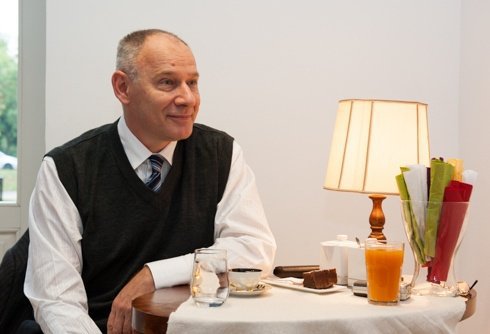 You spoke about Protestant morality issues with András Lánczi, philosopher, and Zoltán Balog, Minister of Hold Street Reformed Church, and you left a question open: Who shows us the example?

We are following a pattern. As the years go by, I see a number of gestures, movements, reactions and chain of ideas that I have learned from my parents. One hundred-twenty years ago, in a more closed society, the possibility of sampling was smaller, but it went more rapidly. Today, every minute there are thousands of real and online segments affecting us, even distant samples can almost appear within tangible reach. What kind of pattern does a young woman see today? Be an athlete, a manager, a housewife, a feminist? Through the media, samples come with incredible speed and intensity, and education goes in the direction to let the children find themselves. People are always looking for patterns. Maybe we should have started the whole conversation talking about these questions. In the old structure, schools provided patterns to follow; boys had to become soldiers or apprentices. Now the world seems chaotic, we are in an unraveling period. There will probably be a stage of civilization when the number of samples is reduced, since people break easily when practicing contradicting attitudes.

Who should we look up to?

Christ, because he is the example. The behavior patterns included in the Ten Commandments are examples as that we can learn from. Don’t let us act as if they were nice, old phrases.

But when a Eurovision song contest winner, a woman disguised as a bearded man, becomes an example...?

If it happens to be a kind real man or real woman wins the Eurovision Song Contest, then you can sleep soundly? Is the only problem that a “bearded woman” won? Isn’t the festival itself the problem? A Christian man on a Saturday night spends hours in front of the television, listening to silly songs and sending texts? If we went to the circus, then why do we protest which gladiator won the deadly battle? The question is: why are we at the circus?

What is a real Christian like? What are his characteristics?

Free, not from God, but to God, a “two country” citizen, and therefore more responsible for this homeland in which we live. A Christian has a gentle and loving self-irony – in other words a sense of humor – and is aware of the human relations; so a realist. Not hypocritical, or maybe sometimes he is, but afterward feels ashamed (but not out of hypocrisy). Strong and has firm principles: living in God’s values, rules, and grace.

Is there such a person?

Of course not! …and yet there is, because in those who are invited it has already begun.

God’s democracy is theocracy. God’s democracy is when His people live with Him, and there is no gap between God and man. There are no longer those conditions, where we have to invent democracy, monarchy, hierarchy, in order to keep our lives together.