In celebration of the 175th Anniversary of the Scottish Mission in Budapest, the RCH talks with Rev Ken MacKenzie, former Minister at the Mission, to hear about his time in the congregation. Rev Mackenzie was the Minister at the Mission from 2000 until 2005, a time when church membership grew and the congregation made an intentional effort to reach out and build relationships with refugees in their midst. 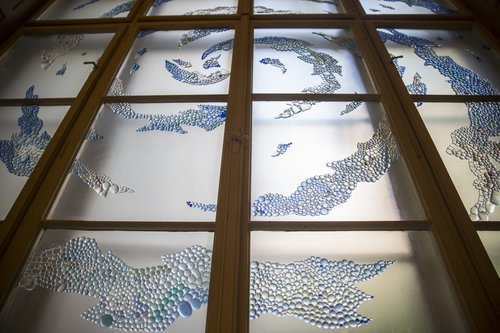 In celebration of the 175th Anniversary of the Scottish Mission in Budapest, the RCH is interviewing various ministers, past and present, to hear the stories about their service at the mission. Today, we talk with Rev Ken Mackenzie, former Minister at the Mission from 2000 to 2005, to discuss how the aims of the Scottish Mission have changed over time, the simple beauty of being a part of such a diverse community of faith, and how his time in Budapest has affected his calling today.

Towards the end of his Epistle to the Galations, Paul invited his readers to ‘see with what large letters I am writing in my own hand’, and my guess is that amongst all the sentences ‘writ large’ by the apostle, few stood out more than those assured words – “The only thing that counts is faith expressing itself through love.”

If living out the faith in a practical way was considered a priority by first century believers, it came to be seen as a gospel imperative by those who, in the nineteenth century, were inspired to establish The Scottish Mission in Pest.

Much has been said, and may remain to be said, about the extraordinary shift of theological, ecclesiological and missional focus, within the Scottish church, in the late 1830’s and early 1840’s, which led, for better or worse, not just to a great Disruption at home, but to renewed zeal when it came to reaching out with the good news of Jesus Christ to the Jews (‘God’s chosen people’), all over the world.

Whatever the motivation behind its formation, one thing is clear – from the outset, the Scottish Mission bore witness to the love of God, in an intentionally relational and practical way. There was a clear determination on the part of those early missionaries to get alongside the community - to listen; to watch; to pray – and in response, to address as best they could, the needs which had been identified amongst that people. This was a truly incarnational model of mission, and so it was, for example, that first the hospital, and then the school, were established.

Throughout the 1990’s, largely in response to the huge changes taking place in the wider, post-communist society, the focus of the Scottish Mission changed significantly.  By the time we arrived in Hungary (1999) ‘St Columba’s Church’, the Scottish Mission’s English speaking congregation, had been formally established, and, partly because of its association with the Presbytery of Europe, it came to be seen by many within as just a new name for the old ‘Scottish Mission’.

From a day-to-day practical perspective this perhaps did not matter too much – the St Columba’s congregation aka ‘The Scottish Mission’ just got on with the task of reaching out and providing worship opportunities to the growing, and highly mobile English-speaking community in Budapest – but the down-side was that for a short while it appeared that we had a slightly semi-detached relationship with the Reformed Church in Hungary.

During the first half of our time in Budapest (between 1999 and 2002) the numbers attending Sunday morning worship in St Columba’s grew significantly.  Interestingly, many of those who came week by week were English speaking newcomers to the city, who had never been part of any church before, but they came because friends invited them, and they stayed in part because they were made to feel welcome.  Our main focus in the first couple of years was to engage with what was a very transitory English-speaking ‘ex-pat’ community, and although they were not aware of it, a handful of children proved to be our most effective witnesses.  Children bring other children, and those children bring parents, and at one stage we were running three different Sunday School groups.

From time to time we enabled multigenerational groups from the congregation, as well as from the business community, to make short visits to community development projects run by Christian organisations throughout Hungary and Transylvania.  Similarly, I was sometimes called upon to speak to representatives of local authorities and the national government, about the function and development of a volunteer sector in civic society.

During the second half of our stay in Budapest (2003-2005), the focus shifted again in a rather unlikely and unplanned way.  The congregation had links with an American mission organisation that had begun teaching English to the Hungarian-speaking staff in refugee camps.  The reasoning behind this project was ingeniously simple.  Most of the migrants being detained in Hungary were trying to get elsewhere in Europe, and while some could speak a little German or a little English, none of them could speak Hungarian, and this made communication with the guards and other staff very difficult.

One unintended consequence of holding English language bible classes for the staff, was that some of the refugees joined in, and one individual, an Iranian Christian, started coming to St Columba’s.  He then started bringing his friends and all of a sudden we were putting on lunch every Sunday, and visiting camps to advocate on behalf of individuals and families.
This was going outside our comfort zone, but by the grace of God, it seemed that nearly every time something happened that we felt we could not deal with, something else, or more often someone else, turned up to supply that need.

We found folk who could provide legal advice and help with visas; we worked with multinational companies to establish a work and language integration programme; and we were invited to work with the UN in supporting migrant people.

Everything was relational – many of our families opened up their homes and their hearts to those refugees and despite the initial language difficulties, some of those migrant people felt cared for at the Mission in a way they had never experienced before. And in time some started coming to faith themselves.

Remarkably, through the Synod office and its links with the PCUSA, we manged to persuade a Farsi-speaking pastor based in Berlin to come down for a few days every other month, and this proved a real encouragement to those new Christians.

Life was not straightforward, and we had to face many challenges, but between 2003 and 2005 nineteen individuals from Iran and Iraq were baptised in the Scottish Mission, having been loved into the kingdom.

Prior to our becoming involved with refugees from an Islamic background, the Scottish Mission, mindful of its history, offered sanctuary to a small Hungarian speaking Messianic Jewish community which met in the Mission Chapel every Saturday.  One Friday morning I was at my desk in our little office when, Firusz, the original Farsi speaking member, came in with his friend and sat with him in an open area just outside my door.  After a bit he came into the office and asked if I would come and pray with his friend who had been reflecting on the things of faith, and who now wanted to commit his life to Christ.

In an effort to gather my thoughts before going to pray with them, I asked Firusz to give me a few minutes to finish off what I was doing.

It was very rare at that time for folk just to walk into the church, but just as I finished that conversation with Firusz, a lovely Hungarian girl from the Messianic congregation stuck her head around the door, and asked if it would be okay if she went into the chapel to practice a song they would be singing the next day.

So it was that a few minutes later I found myself, an erstwhile shepherd from the Scottish Highlands, sitting at a table in the foyer of a hidden chapel in Budapest, praying with and for a young Iranian refugee, himself an agriculturalist, as in the background, a hauntingly beautiful Jewish melody was being played by on the piano by that young lass from Budapest.  As she played and sang she knew nothing of what was going on just out in the foyer, but here was faith expressing itself in love and worship – it was for me a taste of glory.

While mention was made of what appeared to be the semiautonomous nature of the relationship between the St Columbus congregation and the Reformed Church of Hungary, those in the know were very mindful, and very glad, of the indissoluble link between the Mission and the partner churches.  This link was manifested in a very relational way through the appointment to the congregation of Associate Ministers to St Columba’s from the HRC, and it was also exemplified when some of our Iranian members were baptised at a service led by the bishop. I am glad to see that these links are ongoing.

Apart from the ongoing personal ties I have with the region, and the degree of interest that so many people around here still have in the story of the Scottish Mission, I think that the time spent in Budapest has had a lasting effect on my understanding of the identity and function of any, and every, local church.  We are all called to be God’s people in our local situation.  We are called first and foremost to worship, but even when it comes to worship, the only thing that counts is faith expressing itself through love and service.