In celebration of the 175th Anniversary of the Scottish Mission in Budapest, the RCH talks with Rev Zoltán Tarr, former Associate Minister at the Mission, to hear about his time in the congregation. Rev Tarr was the Associate Minister at the Mission from 2001 until 2005, a time when helping those seeking refugee was in delicate balance with also serving the ex-pat population in the city.

In celebration of the 175th Anniversary of the Scottish Mission in Budapest, the RCH is interviewing various ministers, past and present, to hear the stories about their service at the mission. Today, we talk with Rev Zoltán Tarr, former Associate Minister at the Mission from 2001 to 2005, to discuss the fundamentals of the Scottish Mission, the balance of reaching out to refugees and ex-pats alike, and also how the Mission stayed true to its God-given calling in the world. 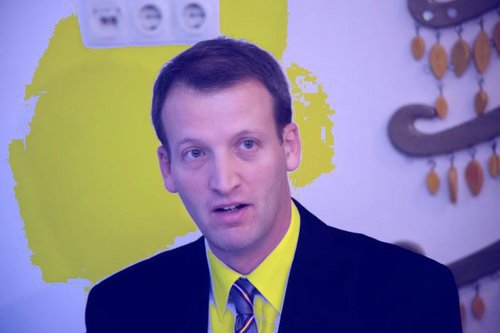 In my period, serving with Ken, it was important for us to gather new members for the congregation by looking for people and families among the expats working and living in Hungary. It was also a time to take care of the establishment and advancement of the congregation's physical environment, including the Church and the manse.

When I was serving it was the time Hungary started to face the issue of (illegal) migrants, mostly from war-torn areas of the world. As the Church in Hungary slowly started to reach out to these people the Scottish Mission was an obvious partner to involve, as the Scottish Mission was from the very beginning open to migrants. While it was not without difficulties, the support for migrants was never questioned by the congregation. However, it was very clear that maintaining a fragile balance between taking care and going after the expats, and being open for those seeking refuge is very important in being faithful to our calling.

It is a time I will always remember. The openness and the dedication to service of the Scottish Mission taught me to always search for the relevance of God's mission today and also to search for ways to share the love of God.