Rev. Zoltán Balog has been elected as Bishop of the Danubian Church District with headquarters in Budapest. The Bishop elect will take over office upon his inauguration in January 2021, following the outgoing head of the District, Dr. István Szabó who served three consecutive terms, altogether 18 years as Bishop. Sándor Veres was re-elected as Lay President of the District.

The Danubian Church District is the first of the four Districts of RCH to elect new officers during the ongoing General Elections. Other Districts will follow in the coming weeks. The District’s election committee announced the election of Rev. Zoltán Balog as new Bishop, after counting the ballots on 5th November. Sándor Veres continues to hold the office of Lay President for another 6 years term.

There has been two candidates for the Bishop’s office in Budapest. Rev. Professor Péter Balla, former Rector of the Károli Gáspár Reformed University, received 33% of the ballots, 99 votes from the local church councils (Kirk Sessions). Zoltán Balog, former government Minister of Human Resources, pastor of the German-speaking Reformed congregation in Budapest, reached 67% of the vote (200 votes).

Zoltán Balog was born in 1958 in Ózd. He graduated from the Secondary School of the Reformed College in Debrecen in 1976. After studying theology in Hungary and abroad, he began his ministry in the city of Maglód, near the capital, in 1983. As of 1987 he was a scholarship student in Germany. In the fall of 1989, he served as a camp pastor among GDR refugees in Budapest. He has been serving in the German-speaking congregation in Budapest since 1989, first as an associate pastor, after 1996 as elected minister. 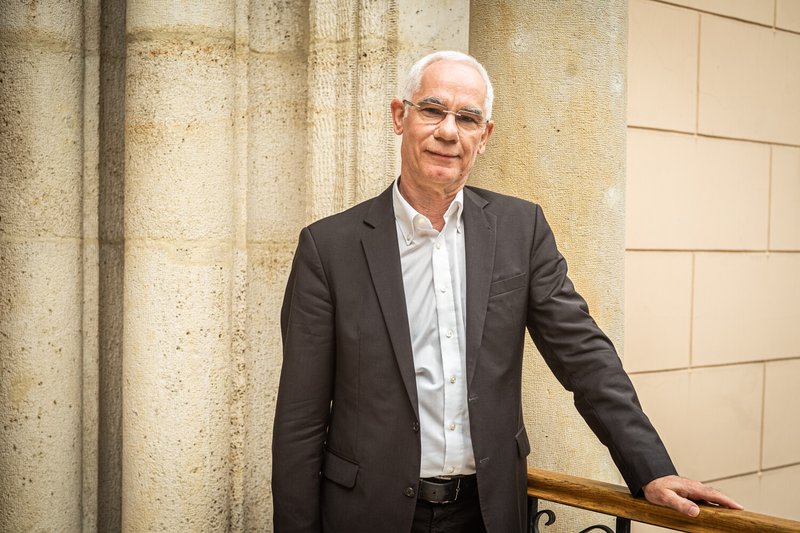 Back in the 80s he lectured at the Seminary in Budapest and worked as a religion teacher at the Bar-Madas Reformed Secondary School. He was a research fellow at the Ecumenical Institute of the University of Bonn for three years. He worked as an adviser on Church policy, later as chief adviser to the Prime Minister. From 2006, while retaining his pastoral character, he suspended his pastoral service for 12 years as he was serving as a Member of the Hungarian Parliament. As of 2010 he was appointed State Secretary for Social Inclusion of the Ministry of Public Administration and Justice, between 2012 and 2018 he was the Minister of the Ministry of Human Resources. Since 2003 he has been the director general, later also chairman of the board of the Foundation for Civic Hungary, aiming to enhance the quality of the work done by Fidesz – Hungarian Civic Union Party and its parliamentary group. He is commissioner of the Prime Minister for social affairs and the Virtuosos V4 program series. At his suggestion, the Government adopted a legislation to supplement the income of rural pastors, and at his initiative Good Friday became national holiday in Hungary. divorced 31 years ago. He has been married her second wife for 30 years. They raised 5 children and have 8 grandchildren. 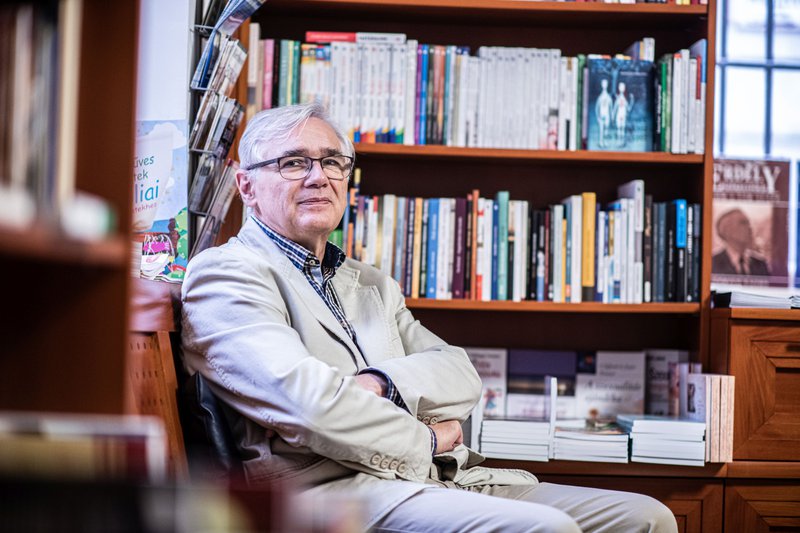 Sándor Veres, current Lay President of the District is a 70-year-old retired electrical engineer. He has been an elder for 40 years, serving as chief elder of his congregation for 28 years. Since 2002 he served as chief elder of one of the two Presbyteries in Budapest. He has been Lay President since 2019. He is married, has three adult children and three grandchildren.

The Danubian Church District of RCH is composed of 304 congregations having a total of 331 votes as larger congregations have multiple votes. The double-sealed ballots of sent by the congregations before noon of 5th November were opened and counted by the Electoral Committee at a closed session in the afternoon of the same day.

‘We are on the side of the persecuted; however, the main problem is not Islam, but the West. The persecution of Christians begins when we give up ourselves,’ warned Zoltán Balog. In his opinion, those being persecuted should always be helped locally where they are, and although Christianity has given up on itself in several places, we must not give up the search for a covenant: ‘There are many Christians who view us as a community faithful to the origin. It is with them that we should enter into a new Christian coalition.’

In Hopes of Further Joint Ministry

Institutions of strategic importance, diminishing congregations and attacks against Christianity – these were some of the issues discussed by Zoltán Balog, pastor of the German-speaking Reformed Congregation and Péter Balla, professor at Károli Gáspár University of the Reformed Church in Hungary, nominees for the office of the Bishop in the Danubian Church District (Budapest), during the bishop election preparatory forum of the Reformed Presbytery of Baranya County, held on 13 Sept at Pécs-Kertváros Reformed Congregation.

The November 2020 meeting of the Reformed Church in Hungary Synod marks the end of the 14th Synod cycle. The Church is in the process of nominating and electing new leadership from the local level up through the Synod, the RCH's highest decision-making body. Deans and chief elders of the 27 presbyteries, Bishops and Lay Presidents of the 4 Church Districts (with headquarters in Budapest, Debrecen, Miskolc and Pápa) will also be elected in the months long process. The constituting session of the new Synod will meet in February 2021 and elect the new - ministarial and lay - Presidents from Synod of RCH. The Presiding Bishops will be elected out of the four Bishops in office. Read more about the procedure.