Starpoint, the Youth Festival of the Reformed Church in Hungary is organised by youth for youth. The coordination of the event is by the RCH Youth Office and volunteers who work towards the success of the event. As Starpoint is only a few months away, Margit Tímea Kiss the Starpoint Festival Coordinator and Szabolcs Szontágh head of the Youth Office of RCH were interviewed regarding the upcoming event.

We often hear this desperate sentence: “I can trust no one or nothing”. But without trust we cannot “function” in life. A simple example is the daily routine, you step on the zebra crossing, when the light turns green, you trust that the drivers respect the rules and they will stop. The Starpoint’s theme will be the Trust. In the 21th century, in whom or in what can I trust, because trust is fragile?

Do you trust yourself? 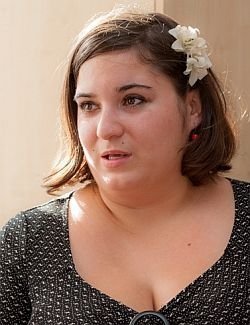 “The theme of trust is universal because it is part of our everyday life, our relations between colleagues, between spouses, or between parents” said Tímea Margit Kiss coordinator of Starpoint. “Trust is truly very fragile because nowadays it is said everywhere that you can be fooled, cheated, deceived and you can trust no one. Maybe this is why there is such demand for trust because it is crucial to trust in somebody or something. It is an interesting tendency that the people prefer the individual trust in contrast of common trust”. According to the coordinator of Starpoint this kind of behaviour can lead to egocentrism and it suggests that we can rely only on ourselves, and we can reach everything alone. “What we would like to communicate through the Starpoint Reformed Youth Festival is the opposite of the previous. We are vulnerable and we can fail but there is a real and sure foundation, who can be trusted without conditions.”

The younger generations do not trust their parents or teachers they rather look for trust among their friends or in fortunate cases those who are religious search for it in the youth groups of the congregations. “In Starpoint we would like to give guidance so that they can courageously live out the joy and sadness of everyday life in communities. We hope that this four-day meeting will be entertaining and enriching to our participants. During the organization we put a great emphasis on being informed about the youth’s preferences because it is a youth meeting which is about the younger generation. Meaningful, deep spiritual and cultural programs await the guests.” – said the Coordinator.

The Starpoint will be held between 21st and 25th of July 2015 at the Olympic Training Centre in Tata. This is the only meeting in Hungary which is organized and coordinated by volunteers. Starpoint went under a great deal of development through the last years, while in the first one the number of the participants was 1200, during the last one there were 3500 participants. However the age-group has been broadened (between16-35), the organizers would like to focus on high school and university students (between16-23) next year. Since we would like to address as much students as we can, our volunteers will visit every reformed high school to publicise Starpoint. 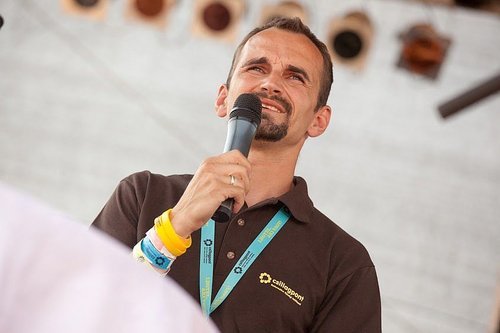 Szabolcs Szontágh, head of the Youth Office of RCH was interviewed about the organisation, aim and the programs of the Festival

In online forums you have asked people to pray for the future of the meeting. What happened?

In 2015 substantially fewer resources were received by the Church than expected. All this was in the middle of the Synod cycle-change. Our liable church leaders had to make hard financial decisions so as to leave the Church in the hands of the next leadership with a clear conscience. Consequently the Synod Council announced that it is unable to finance this year’s Starpoint from the central budget of the church, but at the same time – because the meeting has been a blessing that has existed more than a decade – it affirmed the continuation of its planning and organization.

The Starpoint festival finances its overall budget of 215 000 USD from three main sources: participation fee, church funds and sponsorship, each representing a third of incomes. The Church support from the central budget is still reduced. While the planning of the RCH’s budget for 2015, it turned out that there was an unexpected drop of income by almost 20% for RCH, in relation to 2014. This is due to the changes in the tax-system which was not corrected by the government in time and affected heavily the 1% pledge system, financing many mission activities of RCH. The Starpoint coordinating team continues to seek sponsors to help meet this year’s budget.

Which direction has the Starpoint boat set off?

In returning to our original idea, we would like to address high school and university students. Despite the growth of our Church’s educational institutions the youth life of our congregation didn’t increase. We would like to address the students studying in these institutions and be a gate provides an opportunity for the reformed young people to be able to invite their friends to their youth groups later. At the same time the festival influences the youth of our congregations when they see thousands praising God together, and realize the young reformed is not among the “endangered species”.

What can be known about the program?

We would like to create community spaces not only to provide various programs, but to initiate interaction among participants too. We maintain the musicality of Starpoint, but we would like to preserve the afternoons so that the young people can be mingle with each other. The morning schedule - morning devotion, worship, main lecture, small group discussions – of the festival remains the same.