We talked to Dóra Kanizsai-Nagy and Balázs Acsai as they shared their thoughts on the events of the last few months: the general public’s fears regarding migration, the importance of integration, and the work of the Refugee Ministry of the Reformed Church in Hungary. “Not everyone can be automatically accepted, but, instead of speeches of hate, calm words and a clear framework are needed.”

In an article published in Confessio (RCH Online Quarterly Publication) in the spring, you talked about the migrants from Kosovo. Nowadays, though, there is no news about them. What happened?

Dóra Kanizsai-Nagy: Germany’s clear messages subdued the Kosovar wave of migration. An incredible information campaign was created in Kosovo through their Foreign Office and the media, and the German police helped to secure the Hungarian borders. Kosovars stayed at home in the last few months, we don’t really hear about them either.

Balázs Acsai: At the beginning of the year there was an argument on the numbers between the government and the Helsinki Committee because in January most refugees came from Kosovo, and based on that, the report said that only economic migrants come to Hungary. By the time the report was published, though, refugees from war zones started to arrive.

Who and how many of them came to Hungary? Are there clear numbers, or just speculation? 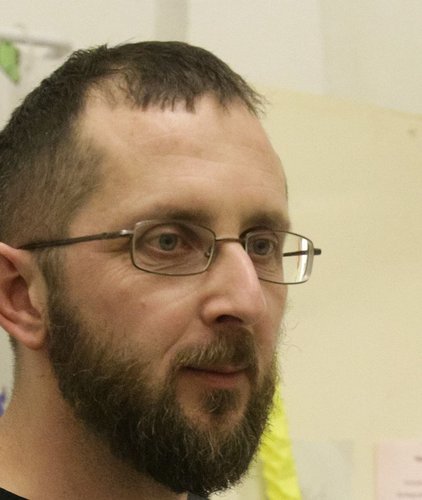 Balázs: There are numbers, considering that everyone who entered the country had to be registered. About 80% of the refugees came from war zones. According to the Office of Immigration and Nationality, out of the 47,000 people who asked for asylum, 23,000 were Syrians, 10,000 were Afghanis, over 2,000 were Iraqis, and only about 600 people were of an unknown nationality.

One of the arguments against migrants is that they “didn’t come through the front door”. Before the current crisis, how many asylum seekers typically entered through green borders, or the open land borders between two nations?

Dóra: The statistics of the Office of Immigration show that there have always been more illegal than legal migrants. The Refugee Convention of Geneva states that those escaping from terrible circumstances don’t have to enter a country legally with a passport, all they have to do is ask for asylum when they arrive.

Balázs: We can’t look at their situation from our point of view, everyone comes from a different situation, and our limits and needs are different too. If we don’t consider the human aspect of immigration that creates just as much of a false picture as the gushy campaign speeches that paint everything in an overly positive light. If an Afghan enters Iran without a passport, and they are caught, they are likely going to be shot, and yet, not even a threat like this holds back refugees. In contrast with the official statistics, according to the Iranian refugees, about 6 million Afghans migrated to Iran. If somebody has been living in a war zone all their life, their limits and tolerance is likely going to be higher than average.

What has happened in the Refugee Ministry of the Reformed Church in Hungary in the last few months?

Dóra: Our integration projects were running: from February to July we worked with refugees who were already granted asylum. We educated them, listened to them, and helped them get accustomed to the life in Budapest. Sadly, we couldn’t really focus on the newcomers. We tried to make sure our clients could stand on their own, and after that we had to focus on the administration that comes hand in hand with any project. We couldn’t directly help, but the youth who previously learned Hungarian from us started to assist the refugees travelling through Hungary. It was their summer break from school, so they spent all their time at the train stations, translating for the volunteer groups. We started to discuss how we could help families with young children at the end of the summer, trying to find a way to give them a place to sleep that is not the cold, hard concrete of the train station. The result was a place for overnight accommodation, so they could spend the night under the roof of the church of the Scottish Mission where they could rest, had access to a shower, ate a dinner, and then we went back to the transit zone in a slightly more hopeful state of mind. We couldn’t have done this without our previous clients. They gave credibility to the project in the eyes of the refugees, who by that time were very distrustful and worried.

Balázs: It was a frustrating period: while we were doing paperwork to finish our projects we missed a lot of opportunities to help. I went to Röszke a day before the borders were closed, when people were still allowed to enter the country. The refugees had to walk on a road filled with garbage, but there was no disorder. Thousands of people waited to get on the buses, and they didn’t even stand out of the line to get some water or food, because they were too afraid of missing the next ride, or getting separated from their family. The police were benevolent, but it was clearly a new situation for them as well. I envied the civilians who were at the train stations or at the borders. They weren’t really organized in the beginning, their activities often overlapped, but they didn’t wait for a system to build, they did what they could. Without them, the migrants’ situation would’ve been much worse.

How did the new law that came into effect on the 15th of September change things?

Dóra: The most important change is the way refugees arrive in the country. The “battle of Röszke” was very chaotic: people arrived at the border where the wall already stood, it was 40 degrees Celsius [104 degrees Fahrenheit], and the whole system was being reorganized. The volunteers couldn’t get from one side to the other to provide water or food, people stood in endless lines, and out of thousands only about 10 people were allowed to enter the container office set up on the border, but most were still given a paper of rejection, written in Hungarian. If someone lodged an appeal, they would have no chance to tell their story at the court, to talk about their situation, the horrors they had experienced. They’d be rejected again, because they came from a “safe country”, and therefore they can’t even argue that they are asking for asylum in Hungary because they are running from persecution. This was the situation in the first few days, at least. We are hoping this will change and decisions will be made based on everyone’s individual situation again.

Balázs: What they’d need to prove is that they asked for, but weren’t granted, asylum in Serbia, but that’s not possible. The law’s different aspects create a situation where it’s basically impossible for anyone to legally ask for asylum; there are analyses that clearly prove this.

A lot of people are afraid that terrorist are coming alongside the refugees, or that the Islamic religion and culture will flood Europe. How do you see the future? Is there reason for fear? 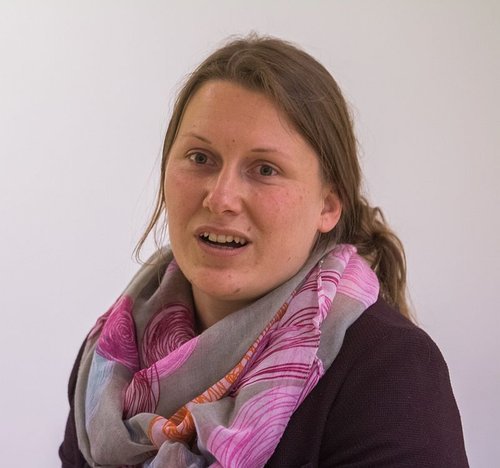 Dóra: I grew up in a country where I trust the law and the rule of law. I studied international relations, and I researched the institutions of Hungary, the EU, and the UN. I believe that politicians are looking for ways to solve the crisis on a global scale, and that national security is doing its job in the background. If everyone does their job, and on a local level we spread solidarity, and consolation, then I believe there’s nothing to worry about. In the 60’s, guestworkers, who moved to France and Germany, were marginalized, because there was no social system helping them integrate. Those who are coming now are arriving in Europe, where there is refugee, migration and integration policy. Now there are regulated procedures and it doesn’t matter how many people are arriving. If we support integration, there is no reason for fear.

Balázs: What I’m afraid of is the promotion of hate against groups and minorities, and seeing that churches do not always raise their voice against this problem. As for the question about accepting Muslims escaping from ISIS or the Taliban, and welcoming them with love as is our duty as Christians, and the possible consequences of this, I am not afraid at all. Spreading hostility is the real threat to security policy. I know a lot of people who had no idea Hungary exists at all, they only learned about the country because this was the first place where they got asylum through a legal process. They got to know Hungary as the country that accepted them. I don’t think extremist Islamic terror organizations have ever heard of Hungary before, but now I’m afraid we have a higher chance of being on the map.

What do you think about the fact that most people don’t stay in Hungary, they go further to Germany, and from there to Sweden, seemingly very picky about their destination? But Hungary is still better than a war zone, after all, isn’t it?

Dóra: If I decide to flee my home, my country, then a place that’s simply somewhere without bombings and war is no longer enough. I have to believe that I’ll be able to find a job and provide for my family, feed my children. I wouldn’t stop in a place with an antagonistic atmosphere.

Is Europe ready for so many asylum seekers?

Balázs: Just because a framework is not working in practice, it doesn’t mean it’s wrong. Here’s an extreme example: if you meet only a few people who live by the words of the New Testament, while the majority of people do not, that does not make the message that they are following in the Bible any less true. The same goes for the EU refugee law: a lot depends on interpretation, implementation, and cooperation. I’m not saying we should give everyone asylum, there are other options. There’s a specific protection for people fleeing from war zones, it lets them stay for a year, and the whole point is that when the war is over, they can be sent back, and we don’t have to take responsibility for them in the long run.

Dóra: More and more politicians in Europe emphasize that the problem has to be solved locally. And yet, WHO gets less and less funding in the refugee camps near Syria. If we want people to stay there we have to provide funds to the local camps, so that they can stay in an accommodation that’s decent enough for them not to think about migrating. I think that’s the very least we should do.

Do your ex-clients feel the antagonistic sentiments?

Balázs: Our clients are very strong. They are used to much more serious problems. They simply don’t understand what all of this means.

Dóra: They are becoming more sad and bitter. They think about where they are exactly, why are they told to respect the law, when that’s exactly what they are doing. I’m worried about a few youth who are really feeling down because of this. All these contradictory statements around Europe cause huge problems. If we could express our goals in a calm manner, we could reach them all the same. Our clients weren’t outraged that out of 43,000 asylum seekers last year, only 530 were accepted; it was a fair process and it wasn’t in any way hurtful or unjust. However, playing around with the situation of people who come from uncertainty and not providing them the certainty that everyone deserves is harmful in the long run.

The Refugee Mission of the Reformed Church in Hungary has been helping refugees fleeing from prosecution for almost 10 years. You can learn more about their work here.