The historic partnership between Swiss Interchurch Aid (HEKS) and the Reformed Church in Hungary (RCH) continues as members of both organizations gathered in Budapest June 23-24 to discuss their ongoing partnership work in the region. The meeting focused on the wildly successful four-year Country Program (CP) in Hungary and the future priorities for continuing it for the next four years.

HEKS has long supported the RCH in its outreach work to the needy and disadvantaged in society, going back even to the time of communism. The Swiss aid organization puts a focus on community transformation though congregational involvement – something which the RCH has a vested interest in as well. Over the past few years HEKS has made it possible, through a vital Country Program (CP) with the RCH, for Reformed congregations to apply for grants in order to serve their communities on a local level. 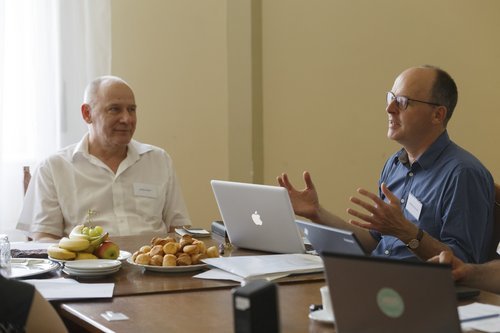 Since the Second World War ended, HEKS has been cooperating with RCH congregations and diaconal organisations. The program in Hungary is part of HEKS Inter-Church Cooperation (CC), which aims to strengthen the relevance of reformed partner churches in their respective societies. Until 2011, the program mainly focused on reconstruction projects. HEKS contributed to the renovation of buildings in congregations, of diaconal and educational institutions, as well as to a conference centre in Berekfürdö. The second focus was fostering the integration of people with disabilities and the third a student exchange program as well as a variety of formations for pastors and other employees of church institutions.

In 2012, the first four-year Country Program from 2013-2016 was developed with the intention to give the program a strong strategic approach and to foster a sense of transparent cooperation, which is part of the strategy of the church and coordinated with its leadership. Congregations are the direct beneficiaries in the CP, and so the program helps to support a growing network between congregations who received funding and the pastors, church members, and other organizations who work with them to achieve their goals. The RCH was about to develop a Roma strategy and, as HEKS already had good experience in North-Hungary with a project for Roma, the RCH and HEKS decided that the objective of the CP in Hungary should focus a great deal on the field of Roma inclusion. The second major focus of this country program was accessibility, seeking to strengthen congregations in order to improve the inclusion of people with disabilities – to find disabled brothers and sisters in their environment, become open to them, and to involve them in congregational life. 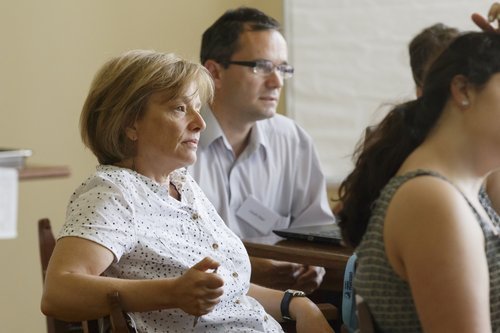 The Roma inclusion work supported by HEKS has been met with great success. Local congregations are focusing on the Roma children, and their parents, in the local community and striving to involve them in an active and loving church community through a variety of projects, different in each location.  Congregations of the RCH are strengthened to foster the abilities and the inclusion of Roma children and youth through the CP. These projects around Hungary have been so fruitful due to a host of factors: a focus on children, serving through a well-established Reformed church network, looking at the long-term goals, and fostering international cooperation.

The accessibility work of the last four years has also been popular, with many new congregations joining and lots of current participants wanting to continue their work. The role of mentorship in this program is very important, and so workshops and meetings among participating congregations happened regularly. Those churches who participated held many different events for their churches, tailored to the needs of the individual communities. Some congregations served the disabled by doing sensitivity training for their members, volunteering at a day care center for the disabled, celebrating those who are disabled in their midst, and hosting plenty of family-friendly activities to bring people together. Through this project, RCH and its congregations help to foster the inclusion of people with disabilities in the mainstream society and within local church life as well.

HEKS’s contribution to the RCH’s outreach projects in local congregations is quite significant – these funds act as an enabler and catalyst for on-the-ground work in communities. Its activities directly realize goals that are defined in RCH’s overarching work. HEKS support is an enabler for congregations who would not be able to participate in these programs and outreach projects otherwise. HEKS projects acted and continue to act as models for further initiatives.

The HEKS-RCH meeting June 23-24 was set up to be an evaluation of this Country Program in Hungary over the last four years, with discussions concentrating on the achieved results of the programs in Roma communities and with people with disabilities, and to begin setting strategic aims for a new four-year CP to begin in 2017 and go through 2020. Those in attendance from Switzerland included Matthias Herren, HEKS outgoing Secretary for Middle and Eastern Europe, and his successor, Angela Elmiger. Hungarian participants included representatives of the working fields responsible for the joint projects, such as the Diaconal Office, Hungarian Reformed Church Aid, and the Mission Department. Important church leadership was also present and represented by Bishop István Szabó and András Gér, General Secretary, who outlined the developments in the church during the last 4 years and spoke with conviction about mission strategy and the priorities of RCH's ministry. 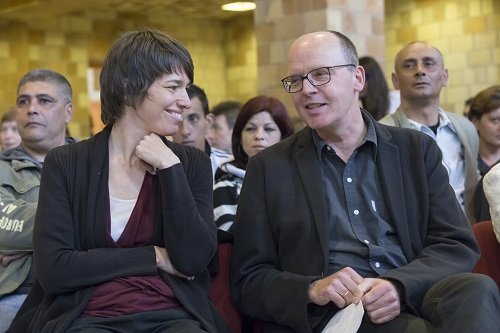 On the first day of the gathering in Budapest, presentations and findings of the two CP projects were discussed, followed by small groups focusing on important insights that were raised throughout the morning and questions for the future. One of the biggest themes discussed was the need to set tangible, realistic goals to measure progress so that projects are not idealistic in their expectations and disappointed when these lofty goals and hopes are not reached. Major insights from the projects included: the need to include Roma in the project development from the beginning and the desire to phase out the accessibility program for people with disabilities and encourage congregations and communities to continue this vital work independently of HEKS. External evaluations were also presented on the various programs of the CP and a full review and feedback on the CP was led by Balázs Odor, Ecumenical Officer of the RCH; Eszter Dani, Head of the RCH Mission Office; and Lilla Vad, Program Coordinator at HRCA. The day ended with the group listing recommendations as a base for the planning of the next phase with a focus on the Country Program, but also discussing elements specific to the two CP projects.

Discussions on the second day revolved around the current situation in Hungary, the situation of the RCH, and its current strategy and perspective so that everyone could get a better idea of what kinds of programs are needed in Hungary as well as tangible ways in which the CP with HEKS can aid in these areas. In his reflection, Bishop István Szabó spoke of the state of the RCH within secular society, connecting this to the times of communism when churches were “forced to leave society,” and now it is returning and now has to respond to situations in society. Matthias Herren responded to the Bishop and expressed HEKS dedication to the RCH, saying that, “In our main understanding that the Reformed church has a role in society, we might have different approaches – but we are as sister churches called to do the same ministry.” In thinking strategically about possible areas of focus for the next four-year CP from HEKS, cooperation in the field of refugee integration was discussed. Dóra Kanizsai-Nagy, Head of the Refugee Ministry of RCH, presented the RCH ‘s strategy on the mission among refugees, adopted by the Synod in 2008, and the Ministry’s future plans for the upcoming 3-4 years. 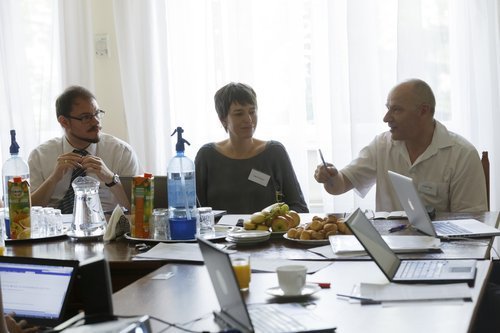 HEKS seeks to support partner churches to make a significant contribution to society. They strive to combine diaconal work with development of church life in local congregations. The Reformed Church in Hungary is a strategic partner for HEKS in regards to the community of Hungarian Reformed churches in the region.

At the recent meeting between HEKS and the RCH, it was decided to continue a structured Country Program approach in Hungary, this time with a four-year focus on continued Roma outreach and inclusion projects, as well as a new focus on the integration and inclusion of refugees. Roma work for the coming year will include things such as a more intentional focus on integration possibilities in Reformed schools as well as expanding the Roma Mission to have a broader focus beyond just Roma children. The new focus on refugee aid will include projects like job mediation efforts, personal encounters and initiatives with local congregations, and providing more legal advice for those in need of it. By the end of August, a full evaluation report on the CP will be finalized so that in November a new CP can be drafted and then discussed and approved by HEKS at the end of January 2017. With this strong sense of commitment, HEKS and the RCH are continuing to move the historic partnership forward. 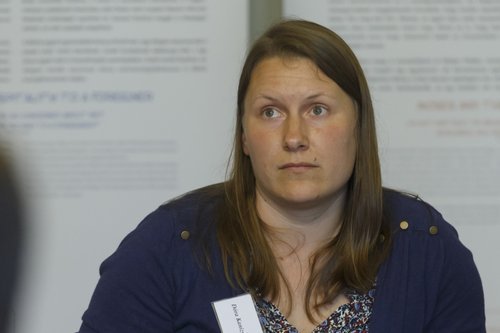 The partnership meeting ended with a fond farewell to Matthias Herren, HEKS outgoing Secretary for Middle and Eastern Europe, and a warm greeting to Angela Elmiger, his successor, who has officially taken over the partnership between HEKS and the RCH.