Each year since 1997, a group of students from Calvin College, a Reformed Christian university in Grand Rapids, Michigan, USA, has come to Hungary for a semester abroad at Károli Gáspár University of the Reformed Church in Hungary. The students immerse themselves in Hungarian life and studies, while being transformed through vital service-learning placements. The RCH recently spoke with two faculty members at Calvin College to learn more about the history of this remarkable partnership.

Jeffrey P. Bouman, Ph.D., is the Director of Calvin’s Service-Learning Center and served as the program’s faculty director in 2011 and 2014. Kurt Schaefer, Ph.D., M. Div., is a Professor of Economics and the current Department Chair at Calvin College; he was also the first faculty director of the historic partnership between Calvin and Károli Gáspár University of the Reformed Church in Hungary in 1997. Both men were excited to discuss this unique relationship between Calvin College and the RCH and share their stories about how this partnership came to fruition.

“The partnership actually dates to the 1980s,” says Dr. Jeff Bouman, “when Calvin College sent band and choir tours to Hungary, particularly to Sárospatak, and the Reformed High School there. When the political changes happened, we were invited to be present to help with the establishment of the English department as the new university [Károli University] got off the ground.”

Bouman says that in the spring of 1993, when the Parliament approved the charter for the university, Dr. Steve Van Der Weele, a retired English professor from Calvin, was there to see it happen; at the time, he was living in a small apartment above the Reformed congregation at Szabadság Ter with his wife, Viola. Dr. Van Der Weele is now 95-years old and attends a church in Grand Rapids, Michigan, where he still tells people to this day about how exciting it was to be in Budapest at that time. “For many years, a framed photo of Steve hung in the office area of the English department – honoring Steve for his help with both the establishment of curriculum as well as the arrangement to have several boxes of books donated the library,” recalls Bouman.

At about the same time, Calvin’s interest in a semester-abroad program in Budapest was maturing. According to Bouman, “Another professor at Calvin, Kurt Schaefer, an economics professor who was traveling for Calvin on business to Russia, offered to stop over in Budapest and scout out the possibilities for a semester program.”

“I was on a college committee with Frank Roberts, an Academic Dean at Calvin who later became director of off-campus programs. He was a German history professor who had travelled throughout Europe,” recalls Professor Kurt Schaefer. “He periodically mentioned that he’d like to see a program developed in Budapest for our students – at that time we had only one off-campus semester running, in London. In the spring/summer of 1992 I was going to Moscow for a different project, and went to Budapest on the way.”

“We knew no one except the Rector of the Ráday Theological Seminary. I called on him and explained our hope—to find a place where students could take classes in English,” said Schaefer, and before he knew it the Rector had dialed a number on his phone, and then handed it over with no explanation whatsoever. “I just faked my way through the conversation and didn’t know whom I’d been talking to until the next day when we met. That next day, when I went to the address the Rector had written down, I realized it was  Karl Marx University of Economic Sciences (BKTE), the old Marxist economics university. He had connected me with their Rector, and we chatted for several hours. I put together a proposal for my college, and it was approved in the spring of 1993,” says Schaefer.

“Our first semester in Budapest with students was in the fall of 1994, with some students living in the BKTE dorm and some in an apartment,” Schaefer reports. In the meantime, he says, Steve Van Der Weele had been involved in the foundation of the Károli University. “In that first year, the Calvin students took all of their classes at BKTE, except for the class I taught, which met at Raday. During that fall in 1994 we developed the relationship with the technical university, and students took courses there, as well as BKTE, from then on.” 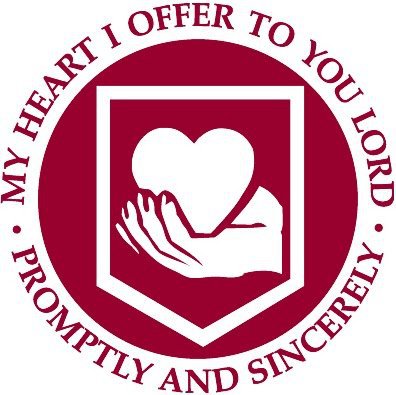 By 1997 the current program was up and running in partnership with Károli University, Corvinus, and with the Budapest University of Technology and Economics. That same year the first service-learning work by Calvin students began when Barbara Carvill directed the program, though, Schaefer says, “Service-learning initiatives were hit-and-miss, at the discretion of each year’s director, until Jeff [Bouman] became involved in 2011.” The Hungarian relationship had further expanded with classes at Corvinus discussed in the fall of 1996 as they were revising their curriculum, with courses offered to Calvin students beginning in 1997, adds Schaefer.

“Since 1997, we have sent a group of Calvin students each fall semester along with a Calvin faculty director,” says Bouman. The focus of the semester for the Calvin students is a blend of learning about the culture and history of Eastern Europe, along with the particular expertise that the faculty director brings to the term. Each year, students take at least one of their courses at Károli University, normally within the English department, though in recent years the opportunities for students to take classes in areas such as Theology, Psychology and History have grown. “I had the opportunity to direct in 2011 and 2014, and my contribution to the experience has been the service-learning practicum that has been developing, most recently with the direct help of Rev. Aaron Stevens [of St. Columba’s Church of Scotland in Budapest] as our on-the-ground liaison, starting this past fall,” adds Bouman.

This remarkable partnership between the RCH and Calvin College is now almost twenty years old, and many lives have been impacted along the way. Between the wonderful education provided by Calvin’s partner institutions and the extra-curricular opportunities for students during their time here, it’s a transformational experience for everyone involved.

To read more about this wonderful experience in Hungary, check out the RCH’s recent interview with this fall’s Calvin College students.

In the fall of 2014, Dr. Bouman accepted awards from Károli University at their opening academic convocation at the Fasor Reformed Congregation, on behalf of three colleagues and friends. The first was an award for Steve Van Der Weele and his historic contribution to the university; the second was an award for Calvin College, namely its president Michael LeRoy, for the historic and on-going partnership; and the third was for the International Association for the Promotion of Christian Higher Education, namely its Executive Director Mwenda Ntarangwi; IAPCHE is an organization whose offices are on Calvin’s campus and whose mission is to strengthen and support institutions of Christian higher education around the world.