Six years ago, the Reformed high school was renationalized by the Romanian state, after which the Transylvanian Reformed Church District appealed to the Romanian Supreme Court. On 22 November 2018, the Court rejected the appeal to rightfully reclaim the school. 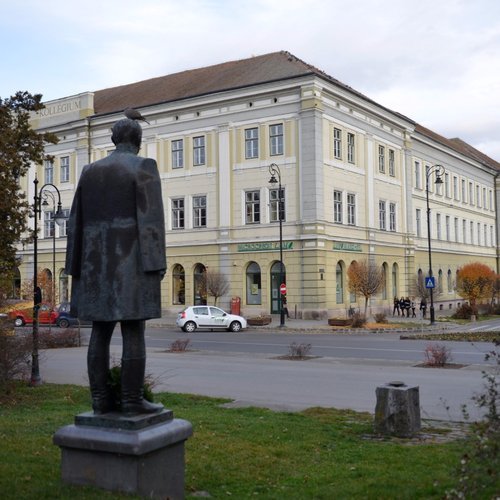 At the conclusion of the first stage of the trial on June 29, 2012, the three individual defendants of the property right received three-year prison sentences each, the Reformed Church was ordered to pay 1 million Romanian lei, and the property was re-nationalized.

Following the re-nationalization of Székely Mikó Reformed High School in 2012, several church organizations, including the Church and Society Commission of the Conference of European Churches as well as the World Communion of Reformed Churches, expressed solidarity with the Transylvanian Reformed Church District and indeed all Hungarian churches in Romania facing the same discrimination. The letters also asserted outrage over the government's actions, most notably the three committee members' arrests.

The Hungarian community in Transylvania justifiably views this case not only as an illegal property nationalization, but also as an action expressly directed against the Hungarian minority in Romania and a manifestation of intolerance and discrimination. The Romanian State is now questioning the ownership of all restituted estates since 1990. This act of renationalization clearly sends the message worldwide that in this country anything can be changed at any time, that there is no legal case that cannot be reopened and no private property is exempt from renationalization.

Since the case of the Székely Mikó Reformed High School, the practice and the approach of the Special Committee of Restitution was that all similar requests in which the property belonged to any organization, foundation or educational institution founded and administrated by the church and nationalized from the church were denied.

It is obvious that the Romanian state does not respect its own Constitution that guarantees the right to private property. Not only does it not respect its own restitution law but the Romanian state also misuses the legal system into reversing previous decisions. Romania only complied with its own laws until it was accepted into the European Union. Once in, it began to seize back restituted properties and sent some of their representatives, who were standing up for the right of property, to prison, just like in the darkest days of Communism.

Recently the Romanian Supreme Court on the 22nd of November, 2018 rejected the appeal of the Transylvanian Reformed Church District, thus the restitution of the estate to its rightful owners.

On the 5th of December, Fernand de Varennes, U.N. special rapporteur for minority rights, during his visit in Kolozsvár was informed by the church leaders about the problems Hungarian historical churches in Romania are facing with regard to the restitution of properties seized by the Romanian Communist state in 1948. Rt. Rev. Béla Kató, Bishop of the Transylvanian Reformed Church District said to Mr. Fernand de Varennes: “We are glad that we can meet someone who will listen to us and is interested in our problems, given that for the last decade the Hungarian churches in Transylvania had no chance for dialogue with the government.”