RCH Synod met for the sixth meeting of the 14th cycle on 16-17th November. They discussed the importance of welcoming people with disabilities into the church, appointing new members to the HRCA Board of Trustees, the upcoming Reformation Jubilee, as well as the Starpoint Youth Festival.

Welcoming all abilities into our churches

The text was drafted by Bishop (then Rector) Károly Fekete and was commissioned by the RCH Diaconal Office. It was based on the experiences gained from the 20 years of dedicated service and work of the Immanuel Home for Children in Debrecen. 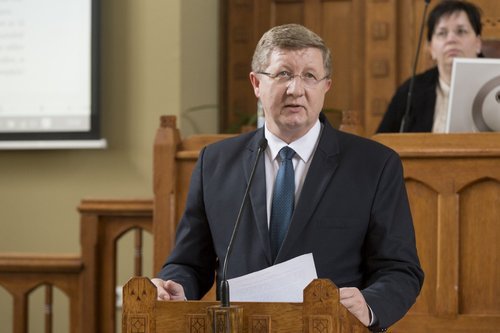 The sub-heading of the document refers to the motto of the 2009 constituting Synod of the Hungarian Reformed Church: "Christ is our future, together with our brothers and sisters with disabilities we follow Him!"

According to the statement, "We recognized that we can now become the sign of the Kingdom of God through accepting unconditionally those who are sick, suffering, and disabled. The Christian congregations have to reflect God’s Kingdom, already revealed in Christ and to be fully realized in the perfection of salvation, where there is not a distinction between a healthy or disabled person, but Christ is all, and is in all. Therefore the Church of Christ shall provide a space for disabled people, where the congregation members view and value them and their lives not by their capabilities, but according to the imitation of Christ, which is realised in the unconditional acceptance of the neighbour, the selfless commitment to the sick, disabled and suffering people."

The Synod accepted the statement and recommends it for studying and for practical implementation into the mission programs of both congregations and church institutions.

Discussing this topic is not without precedent in the RCH, since the HEKS-RCH Country Program (CP) between 2013-2016 also focused on the development of handicap accessibility in churches, in addition to the CP’s focus on Roma ministry.

The accessibility work of the last three years has also been quite popular, with many new congregations joining and lots of current participants wanting to continue their work. The role of mentorship in this program is very important, and so workshops and meetings among participating congregations happened regularly. Those churches who participated held many different events for their churches, tailored to the needs of the individual communities. Some congregations served the disabled by doing sensitivity training for their members, volunteering at a day care center for the disabled, celebrating those who are disabled in their midst, and hosting plenty of family-friendly activities to bring people together. Through this project, RCH and its congregations help to foster the inclusion of people with disabilities in the mainstream society and within local church life as well. 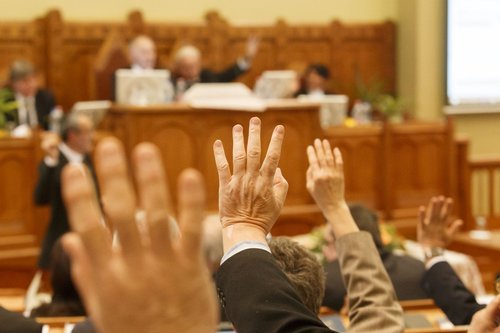 Board of Trustees’ appointed by the Synod

The Synod also appointed new members to the Hungarian Reformed Church Aid (HRCA) Board of Trustees. The Synod apporved the  four board members nominated by the Church Districtsamong whom two are new in this position.  Due to the lack of a fifth nominee, the Board of Trustee’s is not complete, thus its president couldn’t be elected yet. Therefore the Synod Council is expected to appoint the fifth member by the end of this year.The RCH also thanked Pál Sándor as he finished ten years of exemplary voluntary service as the Chair of the Board of Trustees of the HRCA Foundation. Sándor served with the HRCA almost since its founding in 2006 and has been at the helm of the foundation through many important projects. 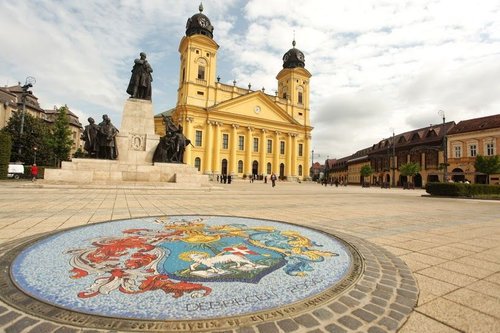 Preparing for the Jubilee, European protestant churches have launched programs for the celebration. The city of Debrecen, often referred to as the Reformed Rome, takes part in two international ecumenical programs and offers various activities to learn about the history of this important city.

It is part of the City of Reformation Program, organized by the Community of Protestant Churches in Europe and has been awarded the title, “European City of the Reformation”. The RCH, through Debrecen, is also taking part in the European Roadmap program, under the organization of the German Protestant Church (Evangelische Kirche in Deutschland), which captures the many voices of the Reformation through a cross-continental trip with stops across Europe that were vital to this transformational time. A waystation will be located in Debrecen and a storymobile will visit on 31 January, 2017 to take visitors on a Reformation journey

More than 30 international delegates will join the RCH for this event representing and around 20 partner churches and international ecumenical organisations will be in attendance. 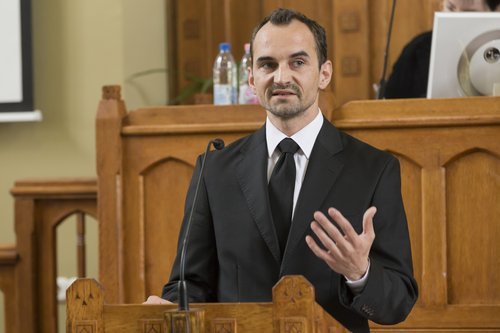 The RCH Synod approved the submission of the youth officer Szabolcs Szontágh and approved the work of the planning and organizing committee of the Starpoint Youth Festival. The date of the next festival has been announced. It will take place in Debrecen between 25-29th July 2017. The main theme will reflect the 500 years of Reformation and will hopefully attract young church members in big numbers as it has been happening since 2003. The RCH eagerly looks forward to the participation of young delegates from its partner churches as well as those from RCH congregations for this gathering.