The Presiding Bishop and the Lay President were chosen out of the already elected Bishops and Lay Presidents of the four Church Districts of RCH. The inaugural session of the Synod, whose members are elected for a term of 6 years, also elected vice-presidents of the Church. The Hundred members of the Synod voted by secret ballot and elected the both Presidents by 64 votes. Becauese of the restrictions due to the Pandemic the Synod session took place in the recently renovated building of the Károli Gáspár University of RCH.

The blessing of brotherly love

"How good and pleasant it is when God’s people live together in unity! … It is as if the dew of Hermon were falling on Mount Zion. For there the Lord bestows his blessing, even life forevermore." (Psalms 133,1.3)

Bishop Béla Kató, the head of the Reformed Church in Transylvania, Romania opened the inaugural Synod meeting as a guest speaker. In his biblical reflection on Psalm 133, he reminded the members of the Synod of RCH of the importance the unity of the Church and special historic fellowship of the Hungarian reformed community in the Carpathian Basin and around the world. The Bishop reminded that this unity is rooted the reality of the one body of Christ, the Church universal. Quoting John Calvin he emphasized that „to whom God is a Father, the Church must also be a mother”. Adding that the blood which seals the fellowship is the blood of Christ. “This is the basis of true reformed brotherhood and fraternity,” the Bishop said. We truly appreciate the blessing of unity if we experience the dissent. Unity among brothers is not obvious, and the more we are fragmented, the more we must be united. “God doesn’t bestow his blessing on the dissent, unrest, discord and hostility among the brothers and sisters,” he warned members of the new Synod.” Bishop Kató also addressed the responsibility of the constituting Synod. Strengths and wisdom from above will be crucial in our days, an era “where tradition is crushed, divine power is questioned, everything has been relativized, faith in eternal order is being shattered,” he explained. “You will have to face this and offer bold witness in the next six years. But I’m convinced that if we do this in unity and brotherly consent, the Lord will bestow his blessing upon your work,” the Bishop concluded.

Committed to Serve in Unity

Each member of the new Synod of RCH to be constituted on 17 February will have a free mandate and can choose presidents and vice-presidents of the highest decisions making body freely. Communique on the election of the Presidents of RCH correcting false press statements.

After his election Bishop Zoltán Balog in his remarks referred to the daily passage of the Bible Reader's Guide (John 10,16-21) about Christ laying down his life for us - and taking it up again. "Everyone offers his or her life for something. Our offering is to serve the word of Christ in a Hungarian, reformed Christian way,” he said. "I was determined to offer my life, even if at time I felt inclined to turn my to this ministry.” But He who gave his life for us will never allow us to take back something from what we have already given - nor will He allow to give it only half-heartedly.”

The Bishop recalled a personal story from his high school time, when he entered the competition Who knows more about the Soviet Union?, which he won and as a result he was able to visit the Soviet Union. As he said, they managed to smuggle Bibles to a Baptist community in the country, where, however - given the situation at the time - they were received with suspicion. When a member of the congregation asked him if he loved Christ, he was able to answer firmly, in spite of all previous uncertainties. “You can either answer this question with yes or no. Yes, I do love Him, I replied. And this was the moment when I decided that I wanted to serve him and will study theology,” he recalled the old memory. Although much has happened since in his personal life and faith journey, the new President confessed to the Synod: “Jesus Christ is the same yesterday and today and forever. This is the reason why I stand, why we stand here today. For our ministry two things are essential, besides faith: courage and humility.”

“The positive consequence of forgiveness is that we can invite each other into our congregations, our church, and our Christianity” – reminded the participants of the constuting assembly of the Danubian Reformed Church District Zoltán Balog on January 25, after his inauguration as Bishop of the Church District. Due to the pandemic the dedication ceremony will take place on Easter Monday.

Photo Gallery of the Synod meeting

The newly elected Lay President, János Molnár, said that although he comes from a pastor’s family, it was not obvious for him to engage in a personal faith journey. “But so many things occurred in my life, which I didn’t plan, but received from above. I look at those events as part of the work of the Holy Spirit,” he confessed. Regarding the shared responsibility of ordained and lay office bearers he emphasized the crucial task of strengthening reformed spirituality in the Church, “so that we fulfil Christ’s desire, “by this everyone will know that you are my disciples, if you love one another,” the director of the Reconciliation Conference Centre in Berekfürdő. “God does not require perfection, but acceptance, approving and forgiving love. This is how we are responsible for each other and for our congregation within and without Hungary,” he concluded.

Presentation of the New Leadership 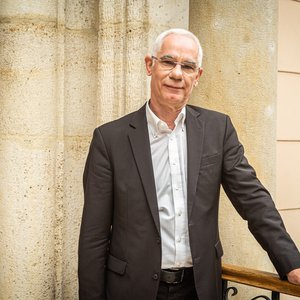 Zoltán Balog was born in 1958 in Ózd in a reformed pastor family. He began his theological studies at the Theological Academy in Debrecen. He graduated from the Reformed Theological Academy in Budapest (now Károli Gáspár University of the Reformed Church) as a Reformed pastor in 1983. Between 1983 and 1987 he served as a pastor in the city of Maglód and in five surrounding villages. He then became a scholarship student at the University of Tübingen where he studied for two years. In the fall of 1989 he served as a camp pastor among refugees from the German Democratic Republic. From the same year he has also been serving in the German speaking reformed congregation in Budapest, where he was elected senior pastor in 1996. He was a member of the Parliament, he also worked as Secretary of State for Social Inclusion in the Ministry of Public Administration and Justice from 2010. In 2012 he became Minister of the Ministry of Human Resources where he served until his retirement from political activities in 2018. As a Bishop of the Danube Reformed Church District, he began his first term on January 25, 2021. He is married, has five children and eight grandchildren. 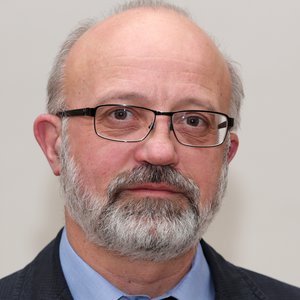 János Molnár was born in 1956 to a pastoral family in Budapest. He graduated from the Secondary School of the Reformed College in Debrecen. His father was relocated in Putnok, so he spent his child-, and youth hood there. His wife Dr. Judit Csoma is a Reformed pastor and they have three adult daughters. He obtained a degree in civil engineering in Debrecen. In 1991 he moved to Berekfürdő, where his wife became the ordained pastor of the local congregation and he was appointed head of the House of Reconciliation (Megbékélés Háza), a Reformed Conference Centre. For several terms he was the chief elder of the Nagykunság Diocese and lay deputy Bishop of the Transtibiscan Diocese. He is currently the chief elder of the Transtibiscan Diocese. 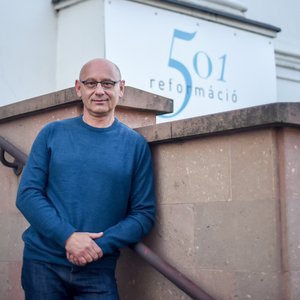 Dániel Pásztor was born in 1966 in Szikszó to a reformed pastor family. He graduated from the Secondary School of the Reformed College in Debrecen. He earned his master of divinity at the Reformed Theological Academy in Debrecen in 1992. In 1990 he attended a language course at the Goethe-Institute in Germany as a scholarship student of the German Protestant Church. Since the time of his graduation he has been serving as a senior pastor of the Reformed congragation in Sajóvelezd-Dubicsány. He has been member of the Synod of RCH since 2003. Between 2015-2020 he served as the vice-Bishop of the Transtibiscan Church District. On January 9 of 2021 he was inaugurated as Bishop of the Transtibiscan Church District. 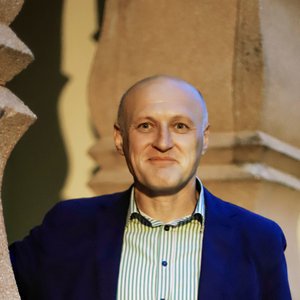 Dr. Pál Nemes was born in 1969 in Kaposvár as a child of Reformed parents. He graduated from the Faculty of Law of the University of Pécs in 1996 and then moved to Nagykanizsa. He and his wife Dr. Gabriella Nagy are raising two children. Cerrently, he has been working as a lawyer in Nagykanizsa since 1997. In 2000, at the request of the late Dean Tibor Balogh, he became a presbyter in the Reformed Parish of Nagykanizsa, then in 2007 he was elected as one of the elders. From January, 2013 he’s held the position of chief elder in the Reformed Parish under the Honorable Rev. Mr. Ferenc Hella. Between 2003 and 2008 he held the position of a diocesan judge, then from 2009 to December 31, 2014 he was a member of the Diocesan Council and he also served as a judge of the Church District. From January 1, 2015 he was elected as an elder of the Reformed Diocese of Somogy. He is currently the chief elder of the Transdanubian Diocese.

"The Reformed Church in Hungary is structured and governed according the ‘Synod-presbyterian’ principle. Presbyterian (or presbyteral) polity is a method of church governance ("ecclesiastical polity") typified by the rule of assemblies of presbyters, or elders. Each local church is governed by a body of elected elders usually called the session or consistory.

In addition to its legislative function, the General Synod of the Reformed Church in Hungary is the highest authority regarding the official teaching of the Church. It deliberates about official holidays, determines the order and liturgy of worship, the official Bible translation, the curriculum of the training and final, and performs the ordination exam of pastors."

Read the whole article about elections in the church here.

Read more about the 2020 elections

In Recognition of True Solidarity

Najla Kassab, President of the World Communion of Reformed Churches and reformed pastor in the Middle East shared her heartfelt wishes and words of appreciation to Bishop Dr. István Szabó, outgoing ministerial President of the Synod of RCH.