Ecumenical guests journeyed to Starpoint from 11 countries and 16 partner churches of the RCH. Some expected a conference while others were surprised that, here, youthful songs were being sung. They said that because of the free space and informality, young people are able to turn to God the way it feels good to them. We spoke with eight out of the 31 guests, and we also asked them of their favorite Bible verse that gives them strength. 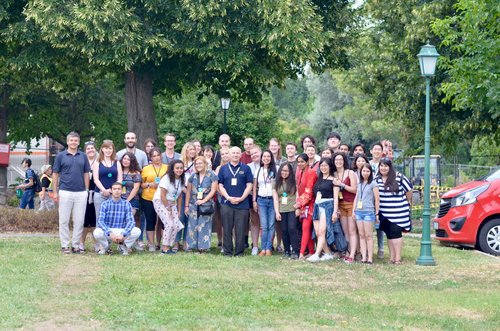 Royal Lawrence is from the Presbyterian Church of Pakistan, but he can already say the word “wonderful” in Hungarian: “Since I have arrived in Hungary, I have always had the chance to use this word, csodálatos (wonderful), because people welcome me with love. I come from a country far away, where, although Christianity is accepted, our church exists as a minority. However, of course, there is beauty in living as a minority. There is great power in that small number… because we represent Christ.” By profession, Royal Lawrence is a music teacher. He got chills when we asked him about whether he liked the songs at Starpoint, “I got goosebumps,” he said, “It is inspiring to hear a crowd of young people sing together. It is encouraging and amazing. As part of the international program at the Kitsch party, we will also present a traditional Punjabi Christian song.” 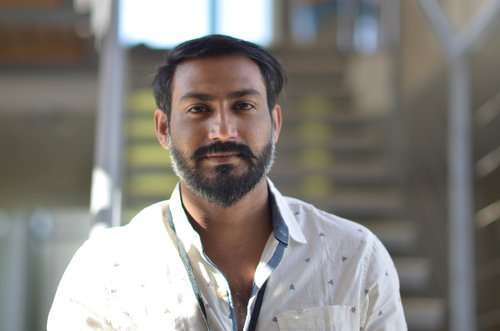 They focus more on traditional church music at the Psalm festival in Pakistan. “After my experience here, I have the desire to make space for more modern worship music, closer to contemporary music styles, at our festival.” For Royal, the 23rd Psalm always gives him strength, “The Lord is my shepherd, I lack nothing. He makes me lie down in green pastures…” (Psalm 23:1-2).

Noa Arellano Pérez and Milca Flores Domínguez sat beside us in the corridor of the university building, speaking of their church, which is really small with very few young people. For example, Noa is the only youth in her congregation, so the Spanish girl was amazed to see thousands of young people at Starpoint. The two of them came from Spain. They really enjoyed it here because at home, they only play old music in church.

The girls had never attended such a festival. Milca, who was born in Mexico, expected something totally different: a serious, conference-style event. This was a sweet disappointment. They didn’t think that immediately after their arrival, the relationship with the others would be so friendly. Their favorite Bible verses are “God is love” (1 John 4:8) and “Be strong and courageous” (Deuteronomy 31:6).

Under the free sky

Svenja Bluhm is from Germany. “As young people in the church, we experience that there are too many rules, such as how to dress. At festivals like Starpoint, many of us are together under the free sky and feel like we can be ourselves. Here, no one judges the other; these are liberating moments. Such experiences encourages young people to dare to live out their faith in their own way. It is often said that less people go to church nowadays… but I see many passionate young people, for example at the German Protestant Kirchentag. I see there are many young people here too. So I have hope for the future of the Protestant churches.” 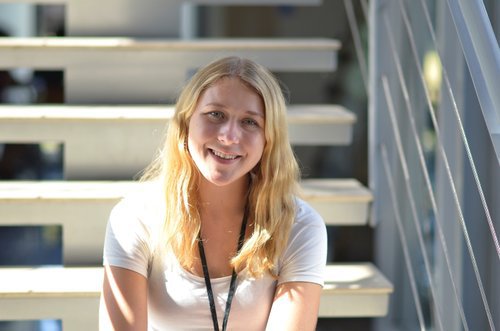 As her favorite Bible story, Svenja talked of the book of Esther, “This summer, in our congregation we played the story of Esther for the children. I played Esther, this amazingly strong, inspirational woman in the Bible. Is there need for more Esthers in our country Germany, and in the world? My answer to this question is clear: The world and the church need more courageous women.”

I am searching for myself, too

The Taiwanese are also surprised at how many Protestant young people are able to rest and recharge here in the same place. One of them, Yu-Hsin Cheng, Esther, said, “I am happy to be here because I also think about who I am and who God is and I am thankful that I can search for the answer here too and can recharge.” Her beloved Bible verse is also from the book of Esther, “For me, this is the most precious story. Because Esther is a brave and wise woman who helps her people. I also received the name, Esther, from my mother because her hope is that I will also be a brave and wise woman who will do great things to help my community and my nation.” 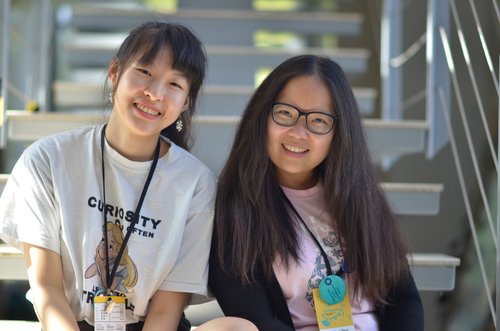 Yun-Fang Hsieh (to the right) is also from Taiwan and spoke of a church youth program called I Love Taiwan Mission, “We invite young people from our partner churches to serve with us in our local congregations. This program is organized by youth for youth.” Her beloved Bible verse is the previously mentioned 23rd Psalm. “My mother taught this Bible verse to me when I was little. When I am afraid or feel bad, it helps me to calm down and to find courage,” she said smiling.

Philip MacFie is from Canada and is amazed by the diversity and the thousands of young people who are searching for Jesus and praising Him. The Presbyterian Church in Canada also runs a similar youth program called Canada Youth, “I have always felt that we are all sisters and brothers in Christ; Ever since I arrived in Hungary, this feeling has only been confirmed. We can learn a lot from the Hungarian Reformed people, such as their dedicated service in education… by which the faith of the young people can also be strengthened. This is exemplary. We also invite everyone to keep Canada in their prayers and ask for the help of the Holy Spirit for the renewal of spirits.” 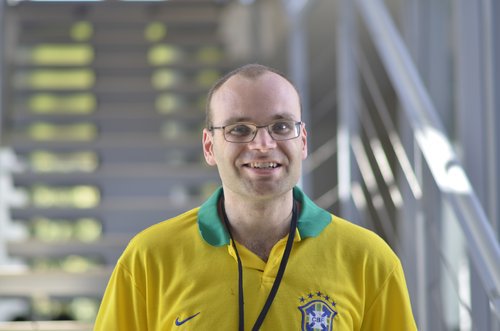 Philip MacFie said, “One of my favorite Bible verses is when Apostle Paul says that in Christ there is neither Jew nor Gentile, neither slave nor free, nor is there male nor female, for we are all one in Him (Galatians 3:26-27). I experienced this here at Starpoint.”

Let us not look at the wind

Areen Nasser is from Syria, currently studying Social Work in Healthcare with a scholarship in Hungary for the couple of months now. He is living in Nyíregháza as part of the program of the University of Debrecen, “What I study here is not being taught in Syria. Last year, I applied for the two-year program for young Christians that was announced by the State Secretariat for the Aid of Persecuted Christians. I have one year left now. It is a big question what I do when my Master’s program comes to an end. I would be glad to enter a PhD program, otherwise, I will search for a job at home. This qualification enables me to work among people with terminal illnesses, those who are mourning, and those who are going through difficult times. I have a duty and responsibility, and this gives me hope. I am also being enriched in spirit at Starpoint.” 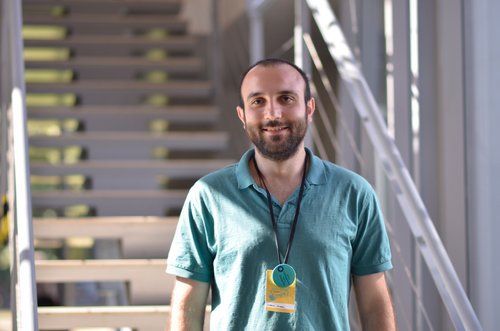 “From the Bible stories, for me a very important moment is as Jesus is walking on the water, Peter asks Jesus to let him walk on the water towards him. Peter could take steps as long as he had his eyes fixed on Jesus. As soon as he saw the wind, he began to sink (Matthew 14:25-33). If I look at the wind and see how serious the situation in Syria is or I worry about the future, the questions flood and discourage me. Then I start sinking deeper and deeper into a water of problems. As soon as I fix my eyes on Jesus, everything is okay.”