At an extraordinary Assembly of the Transylvanian Reformed Church District on 29 November, convened in Cluj following a heavily criticized High Court ruling on the re-nationalization of the Székely Mikó High School, the district’s Bishop, Béla Kató, even offered his resignation, which was unanimously rejected by the Assembly members.

“We have to raise our voice against the violation of and disregard for the basic right to property” – said Lay President of the District, Gábor Markó, announcing that the Presidium will circulate the final statement of the Assembly and send it to the newly elected President of State of Romania, the European Court of Human Rights and other institutions of the European Union. He added that the church members are ready to go on the streets if necessary to peacefully demonstrate for the rights of the church. 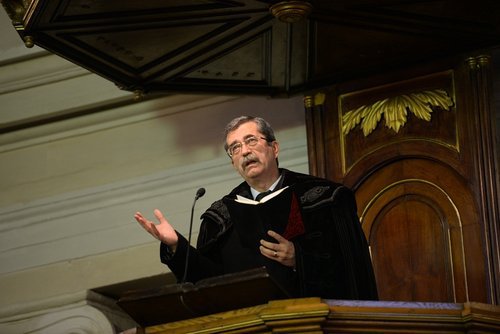 “The bugle had sounded us and we have gathered because something is up. We are looked upon as thieves and treated like those who have stolen billions in this country. The injustice hurts us because we have never taken what belonged to others. On the contrary, we were the ones robbed.” –said Géza Pap, former Bishop and current executive chairman of the Synod of the Reformed Church in Romania.  In a sermon recalling the repeated waves of nationalizations of Church schools in the 20th century and warning that re-nationalization of church property might become the rule, Pap encouraged those gathered with the words “God’s justice will prevail” – heartened Pap the Assembly. 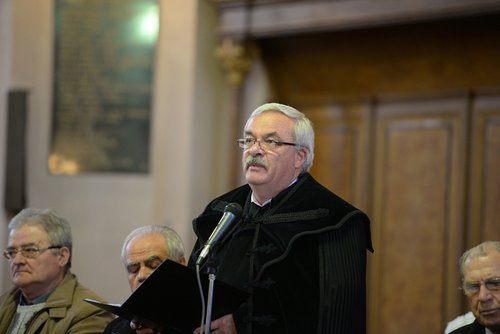 “Today is a day of mourning” – with these words Bishop Béla Kató, began his address to the Assembly, declaring democracy in Romania dead and nonexistent for the Reformed community in Transylvania following the unjust decision of the court of appeal in Ploiesti. He noted that the Reformed Church preserved germs of autonomy even against the openly nationalistic policy of the Ceausescu era. The bishop claimed the spiritual heritage of the former dictator was alive in the country and the expectations and hopes related to political changes had been dashed. He reminded the Assembly that before joining the European Union Romania committed itself to the settlement of debated property right issues but the restitution was captured by the mafia and the regulation was create thus that processes can administratively be hindered and made impossible.

Kató explained that the most painful consequence of the legal process is that “the church which has respected and followed moral commandments for the last 500 years is now sentenced for cheating, forgery and dispossession.” After his position in office was reinforced by the Assembly, the Bishop openly renounced the complementary state salary which each pastor is eligible for in Romania. 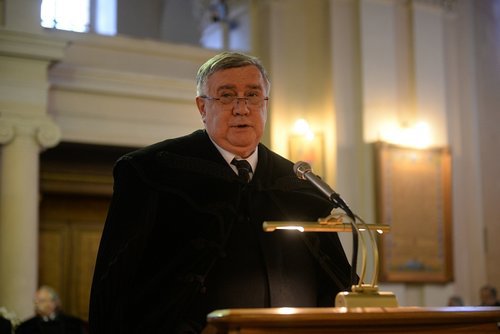 Bishop Gusztáv Bölcskei, president of the Synod of the Reformed Church in Hungary, attended the Assembly on behalf of the General Convent, the consultative body of the Hungarian Reformed Churches in the Carpathian Basin. He recalled the motto of the Constituting Synod declaring the communion of the Hungarian Reformed family in 2009: “Christ is our future and we will follow him together”. Similarly, he continued, the future of the Székely Mikó High School is in the hands of the Lord. In his speech, Bölcskei characterized the present time as the second black Advent referring to the referendum on dual citizenship on 5 December 2004, which failed due to low voter turnout and so gave the impetus to deepening and declaring the church fellowship in the Carpathian Basin.

“I firmly believe that even this shameful injustice can turn to a blessing in Christ, our only comfort” – continued Bölcskei. Finally, he assured the Assembly of the prayers and intervention of the General Convent and partner churches and international organizations.

Árpád Antal, Mayor of the city, criticized the Romanian rule of law and declared that the minority community cannot maintain its loyalty to a state which “outrages, despoils and treats its citizens as human beings of second order.” 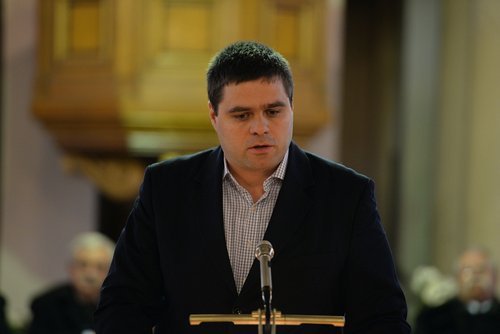 Before closing, the Assembly received the report of the legal advisor of the church. Emőd Veress concluded after careful examination the legal documents that the decision of the court of appeal was not only unjust but also illegitimate and against the law. The Assembly adopted his proposal and set up a special committee to make a detailed evaluation of the process and prepare a complaint to be submitted to the European Court of Human rights in four languages, and to consider other legal ways of implementing the lawful right of the church over its properties. 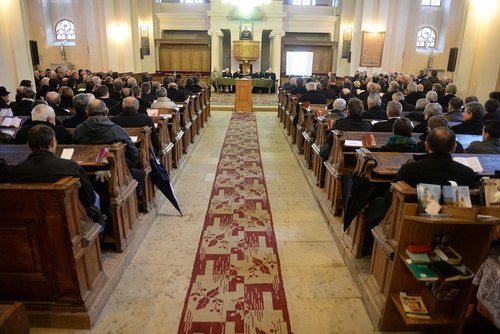 The declaration released by the Assembly urges the immediate return of all the real estates of the Church nationalized during the communist era, and of those currently re-nationalized, requires equal treatment, without discrimination for all the Churches in Romania, the respect of the lawful right of the Church to perform religious education on all levels, and the respect and implementation of the international commitments and obligations of the Romanian state concerning the restitution of properties.

The statement also calls upon the authorities of the European Union and the all responsible states of the world to make sure that Romania respects and enforces the basic right of every church and individual to property. so that Romania will not continue  this mockery of the fundamental human rights with perfect impunity. 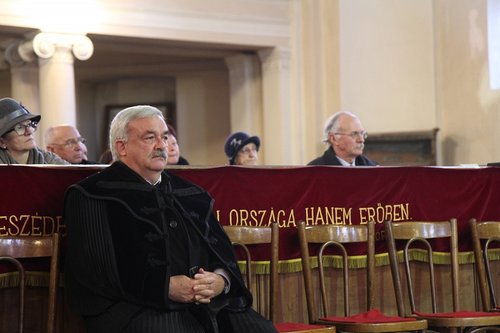 In his closing words Bishop Béla Kató emphasized that a struggle is starting to which all members are called.

“I believe that God has so far just tested us and wanted to see how steadfast we are, but will at the end give us the victory” – concluded the Bishop.

Read the related statements of the Transylvanian Reformed Church District:

RCH's Statement of Solidarity with the Transylvanian Reformed Church District

Read more (news, statements, letters and other documents) on the issue of Székely Mikó High School