This year we celebrate the 10 year Reformed Educational Fund that aims to express and strengthen the solidarity within the Hungarian Reformed Community by supporting Reformed educational projects throughout the Carpathian Basin. In gratitude for the past 10 year, now the fund will support the renovation of the Armenian Evangelical School in Damascus.

Giving thanks for the past 10 years of Unity, the Presidium of the General Convent decided to direct our attention to our sisters and brothers living in more challenging situation in the Middle East and to support their faithful service, particularly the Armenian Evangelical School in Damascus, Syria. 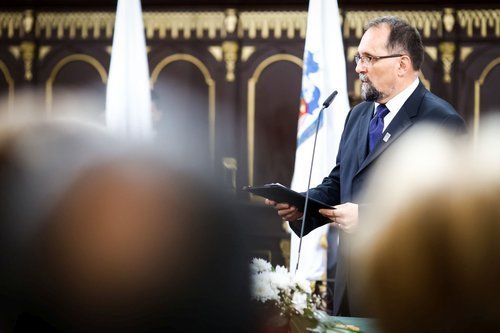 RCH Vice-Lay President and coordinator of the Fund Tibor Ábrám thinks that the power of our church community depends on that if we are able to fill this network with real substance according to God or it will only exist for itself. In the last 10 years, through the REF, they worked to bring back the culture of fundraising into the schools and give a so-called “methodological guide” for the students and teachers, and at the same time, encouraging them to be creative in terms of fundraising.

Directing our attention and love to Syria

After supporting Hungarian Reformed high schools in Transcarpathia, Ukraine, kindergarten, of the Reformed Christian Church in Serbia or gifting Hungarian Bibles for freshmen in Reformed high-schools beyond the border, next year the Reformed Educational Fund will support the renovation and development of the Armenian Evangelical School in Damascus. 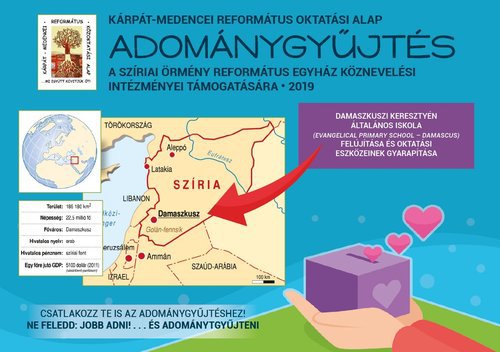 The General Convent's call for donation for the school in Damascus

The Presidium of the General Convent of the Hungarian Reformed Church issued a call to all Hungarian Reformed Schools within and beyond the border for donation for the elementary school run by the RCH’s partner church in Syria. „…Let us direct our attention and our compassionate love towards the educational ministry of the Armenian Evangelical Community in Syria that is facing so many hardships. […] By this we wish to feel the embrace of our togetherness and the enriching experience of helping each other” ”-written in the joint letter of the 10 Hungarian Reformed Bishops and Lay Presidents.

During the RCH’s senior church leaders visit to Syria this March, the delegation also visited the Armenian Evangelical School in the historical part of Damascus. The school building that functions in an old rebuilt courthouse welcomes more than 100 children from age of kindergarten till the 6th grade. The donation collected through the campaign of the Reformed Educational Fund will contribute to the renovation of the classrooms and installation of modern educational equipment. 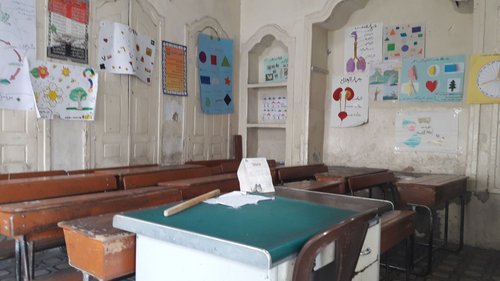 Classroom in the Armenian Evangelical School in Damascus

Where do the funds come from?

One part of it, that we invite the Hungarian Reformed educational institutions in the Carpathian Basin to launch a fundraising campaign to support the fund. We are not only asking for financial support from students and teachers, but also for their assistance to organize a fundraising event.– Read an earlier interview with Lay President Tibor Ábrám on the Reformed Educational Fund.

In Syria the state provides school for everyone free of charge. Beside of the educational system of the state, there are private schools, for which the parents of the students have to pay a school fee. Since the Protestant churches were founded in Syria in the 19th century, they were also involved in education (as later on also churches of other denominations). Even today, many of their local churches have schools. They are stately recognized and well known by their high educational level, but they are private schools, meaning they have to be financed by fees of the parents or other donations. The church schools are an important part of the identity of the Protestant churches in Syria and institutions, which are well known and appreciated by a wider part of the population. The ten schools of NESSL and UAECNE in Syria are attended by almost 4000 students, out of them 65% are Muslims. 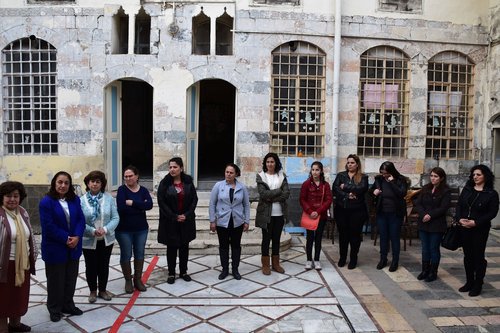 Since 2018, the General Convent of the Hungarian Reformed Church supports annually the Scholarship for the Church Schools in Syria through the HEKS/EPER Aid Organization of the Swiss Reformed Churches. In addition to this, now one of the 10 Evangelical schools in Syria run by RCH partner churches, the Armenian Evangelical School in Damascus will be the subject of the fundraising campaign of Reformed Educational Fund.

Based on Article by György Feke